Venice may as well have been Bedford Falls last Friday evening, when what seemed like the entire community came out to watch the Venice sign get its holiday outfit on. Windward Avenue was closed to traffic, a stage was set up and the whole area's halls were decked. 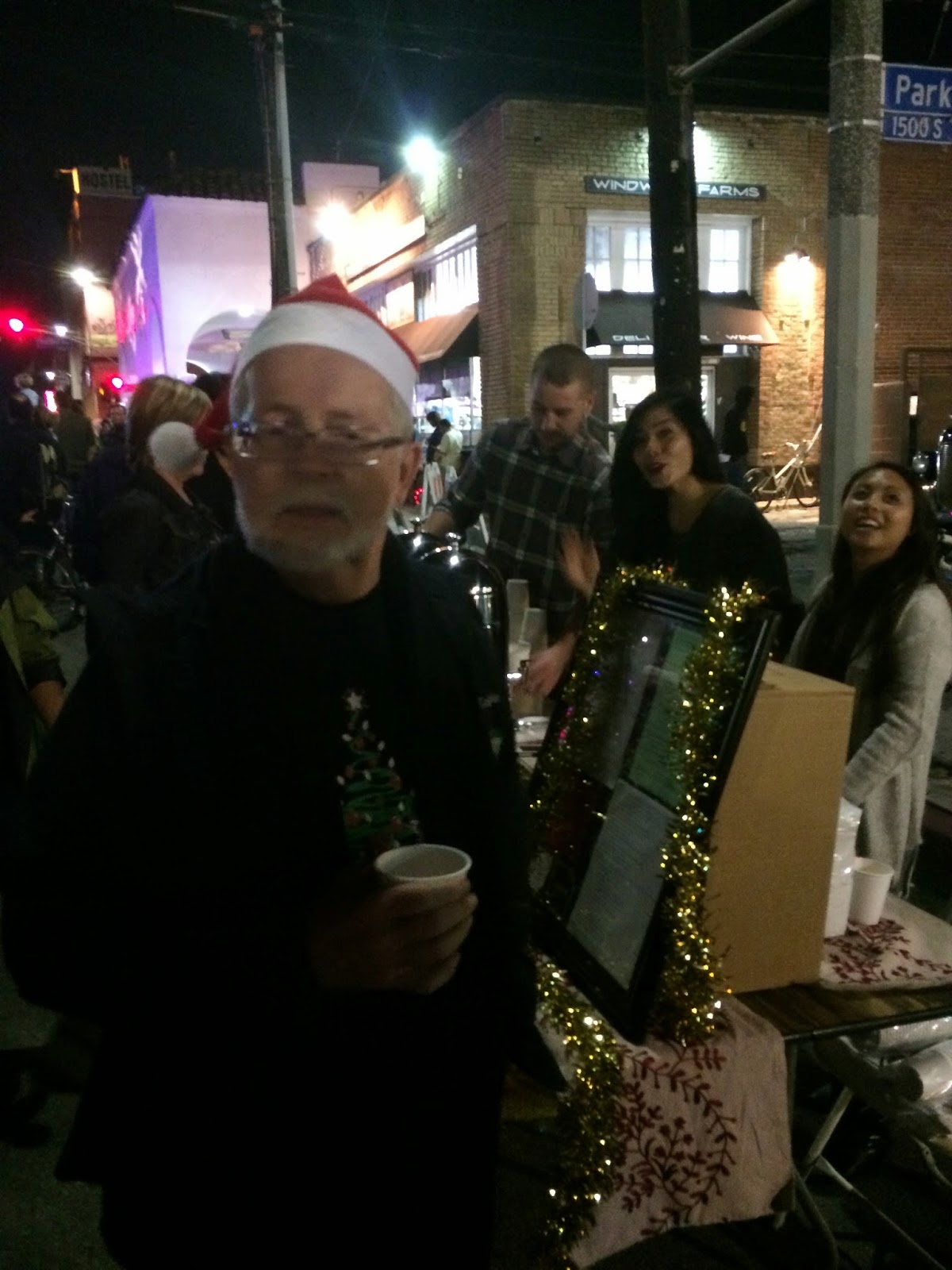 Though First Friday was going on over on Abbot Kinney with a "Holiday Stroll", it seemed like residents left that to the visitors, as seemingly everyone I knew was over on Windward - and in a great mood. The holiday spirit was contagious, and as friends and neighbors greeted each other under the almost-full moon, there was something special in the air. 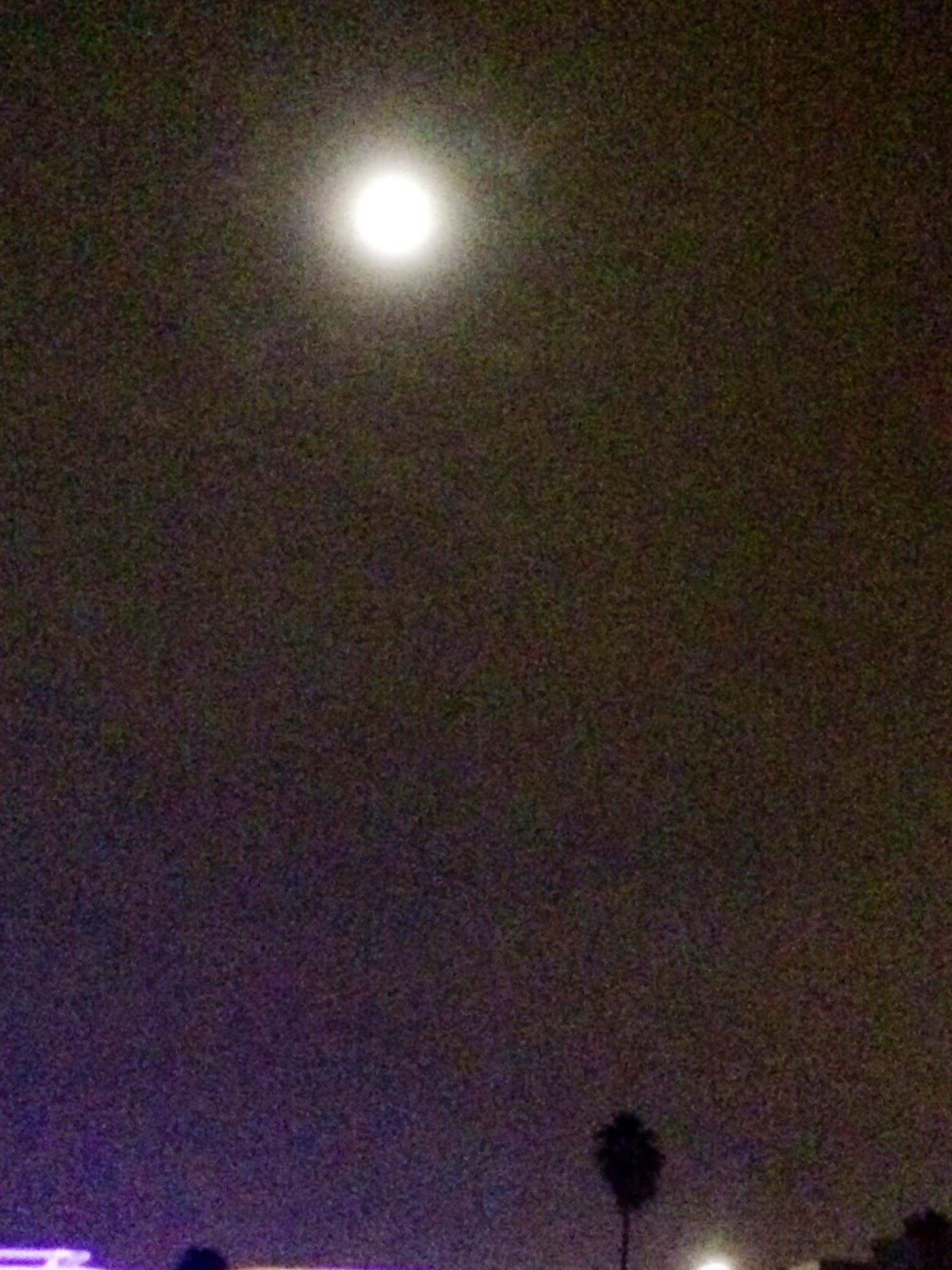 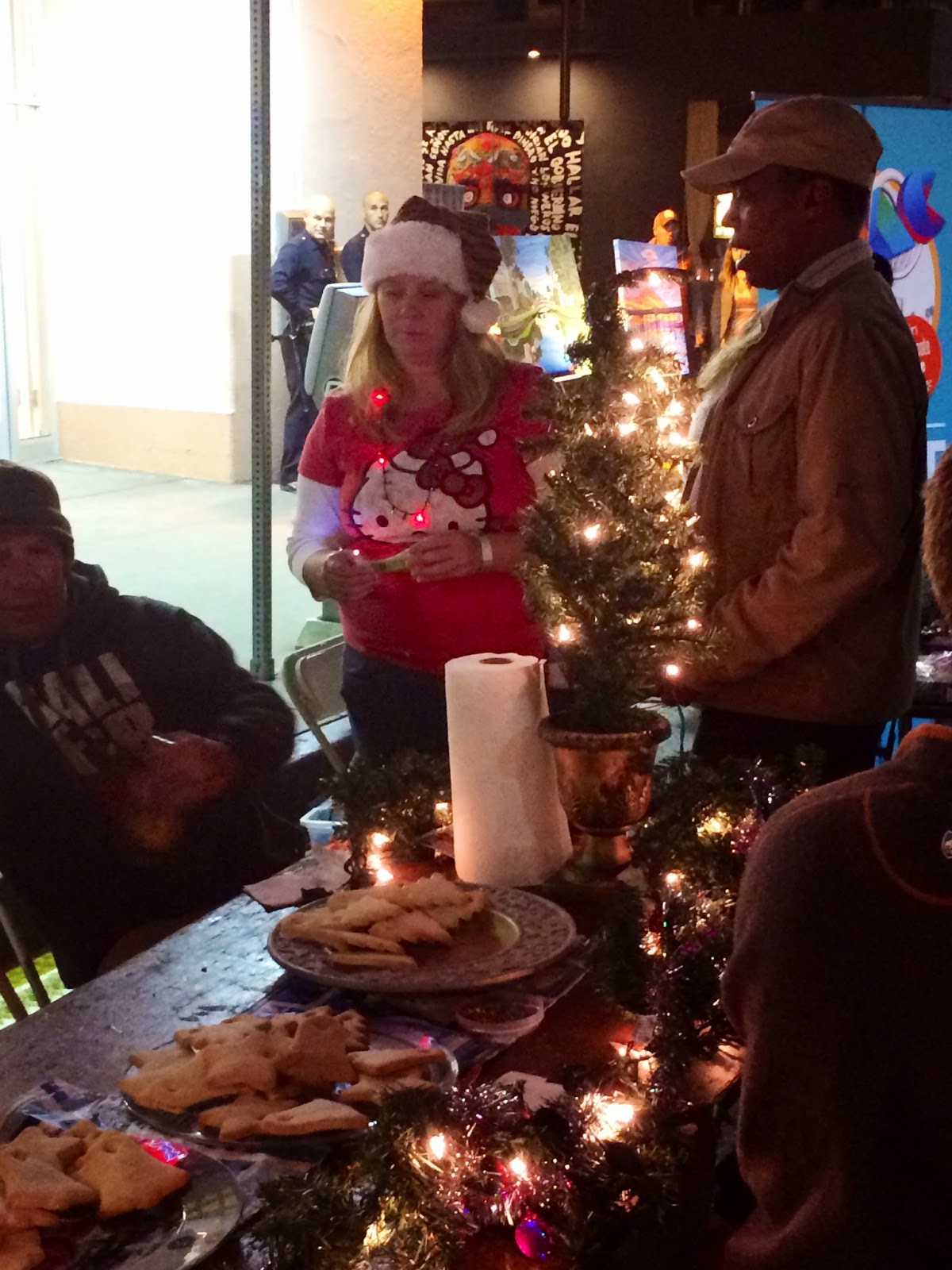 One smart entrepreneur had a brisk business going, selling Santa hats from his bike. There were a lot of takers, even though the night was unusually balmy. 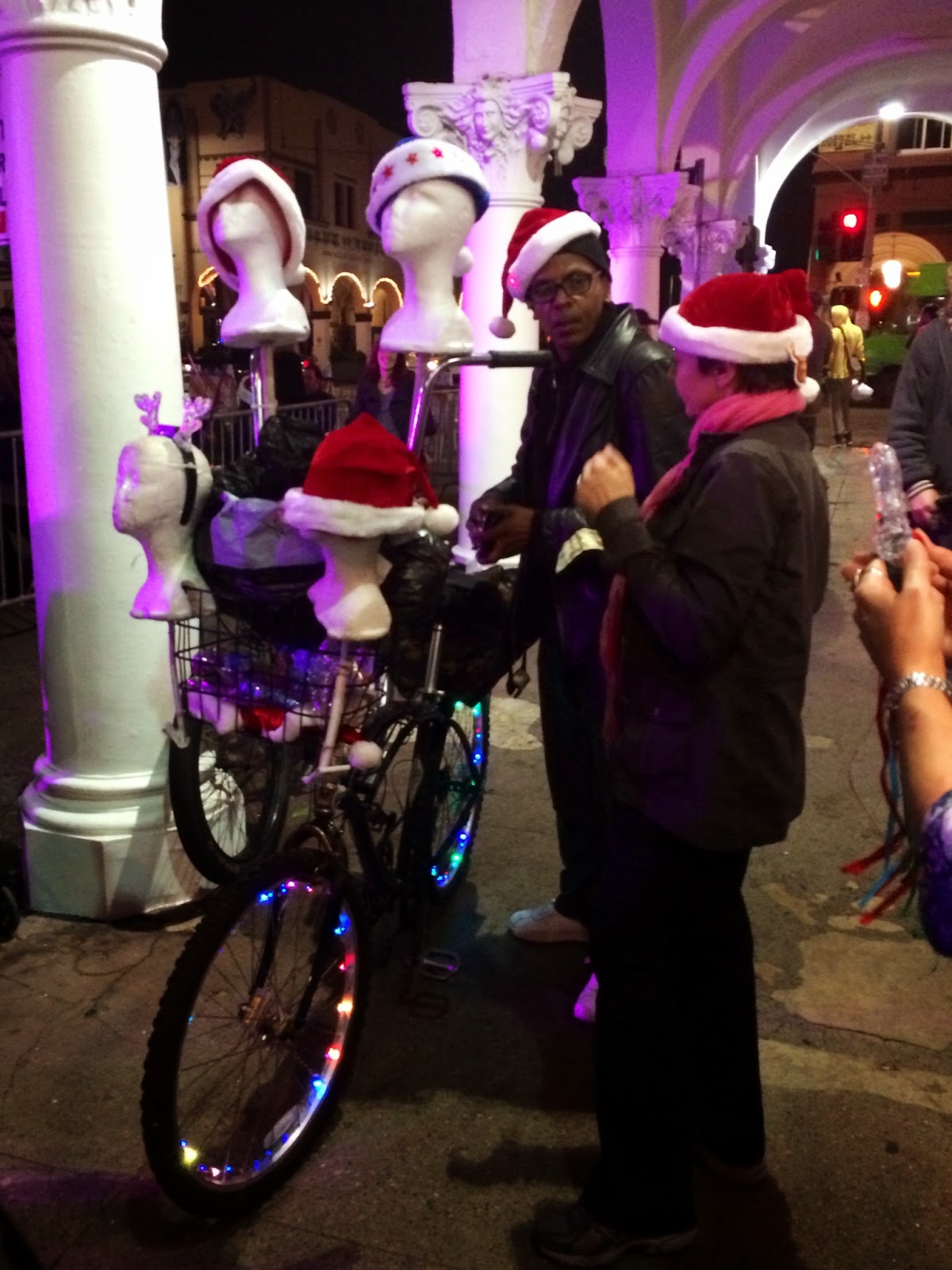 Snowflakes were projected on to the surrounding buildings, making it all the more festive - even if it's the only kind we're going to see around these parts. 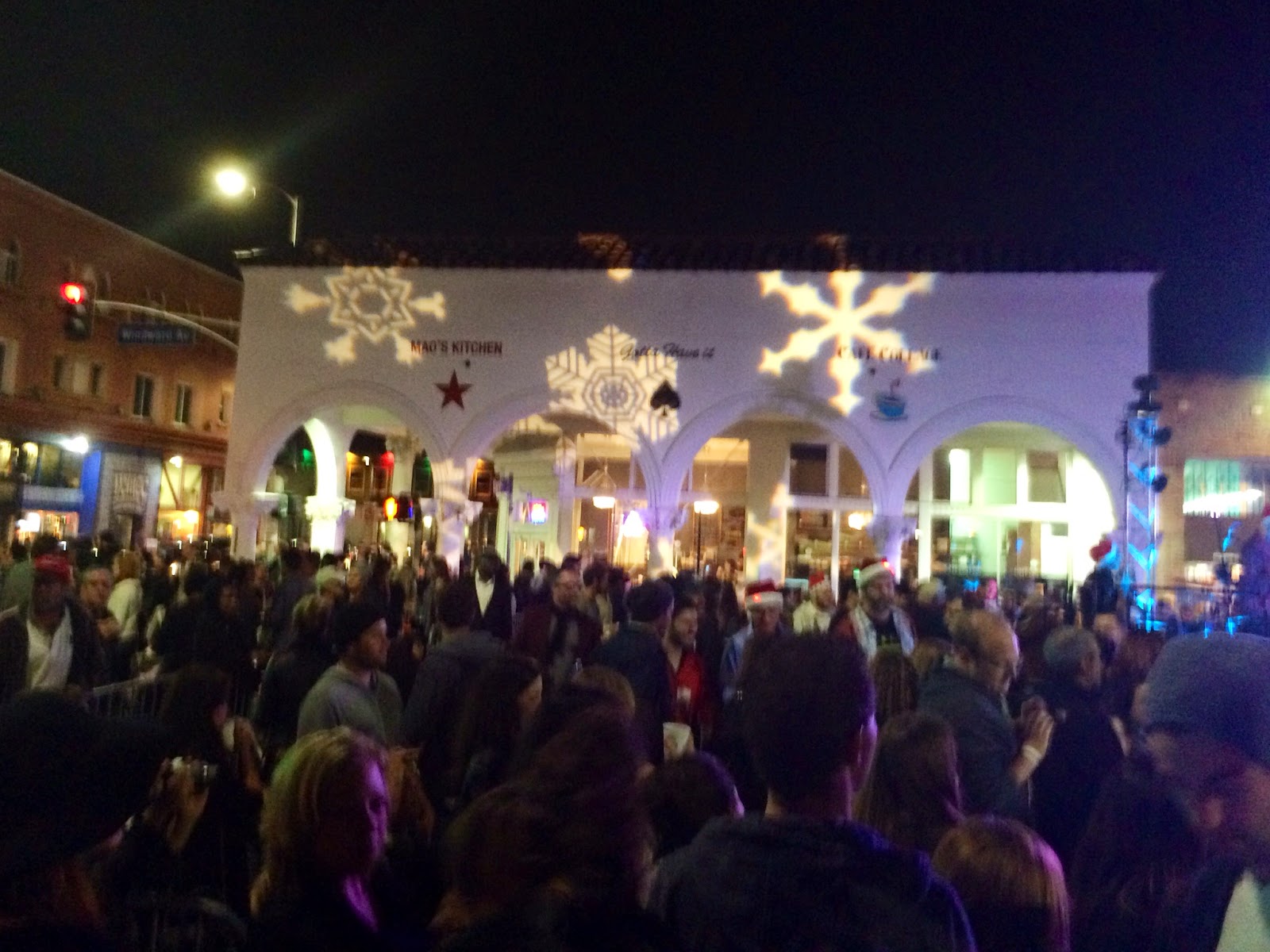 The Venice Symphony Orchestra played a nice sampling of seasonal songs (and some '80's metal!), from "Hava Nagila" to "Silent Night" and even had a choir to accompany them this year. My favorite was when the entire crowd sang along to John Lennon's "Happy Christmas (War Is Over)" on the War is over, if you want it ... part. It was pretty moving. Actually all of it was, seeing everyone together for the sake of fun, not protests, in these super-charged times. Conductor Wesley Flowers voiced his vision of seeing a similar gathering for Fourth Of July, with maybe the VSO playing at the end of the Venice Pier. Everyone yelled their approval, so let's make that happen! 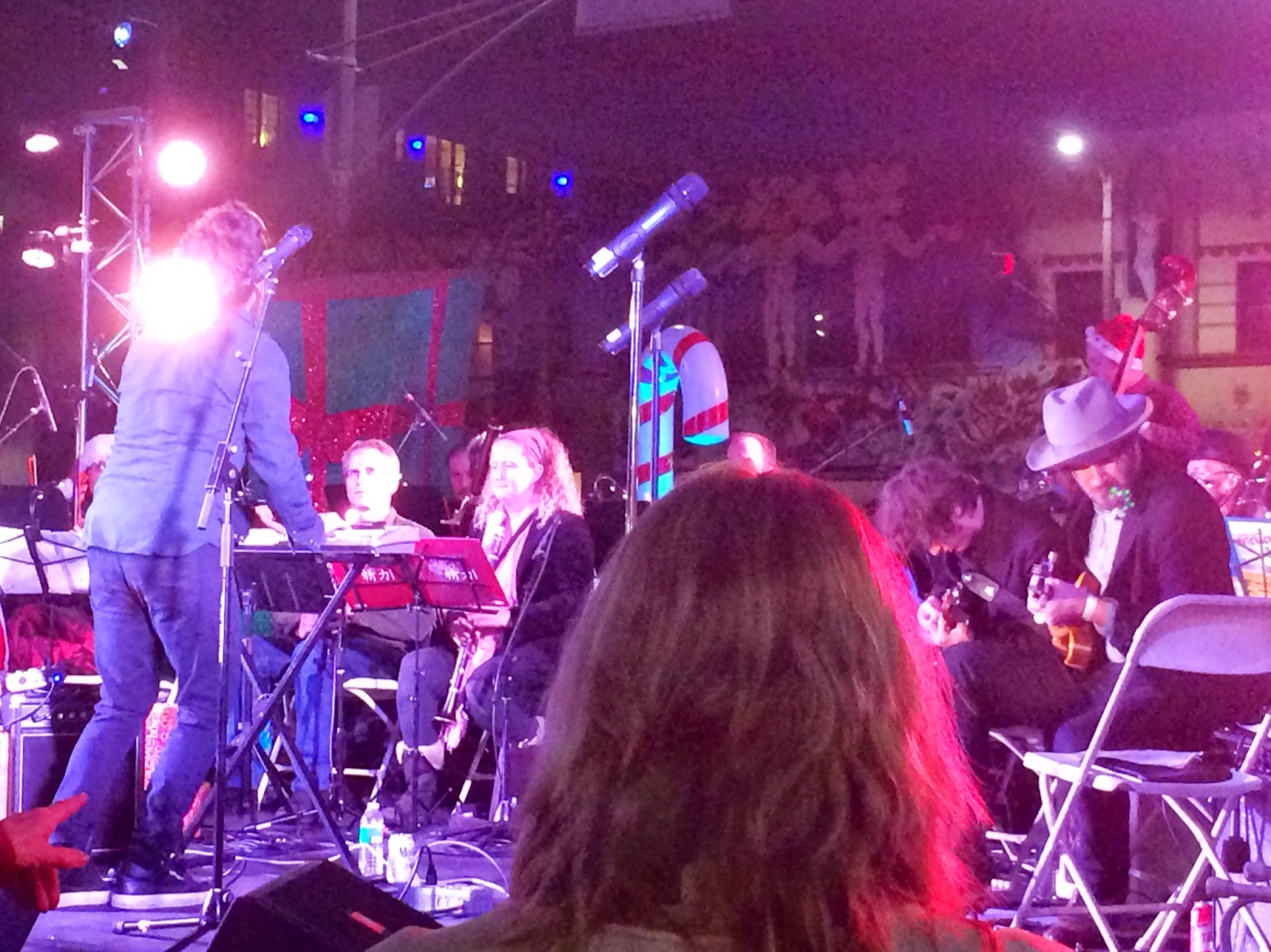 Councilman Mike Bonin did the usual political m.c. speech, and gave a certificate to Danny Samakow, honoring him for his creation of the holiday sign lighting and wonderful stewardship of our town, or as Bonin put it (in an unusual for a politician turn of phrase), "He likes to make shit happen." Gotta love Venice. Samakow chose not to dress as Santa this year, and said, "Go see the LAPD Santa, he's around somewhere." Comedy - and yes, the LAPD Santa was cruising around town on his "Sleigh" earlier in the evening. 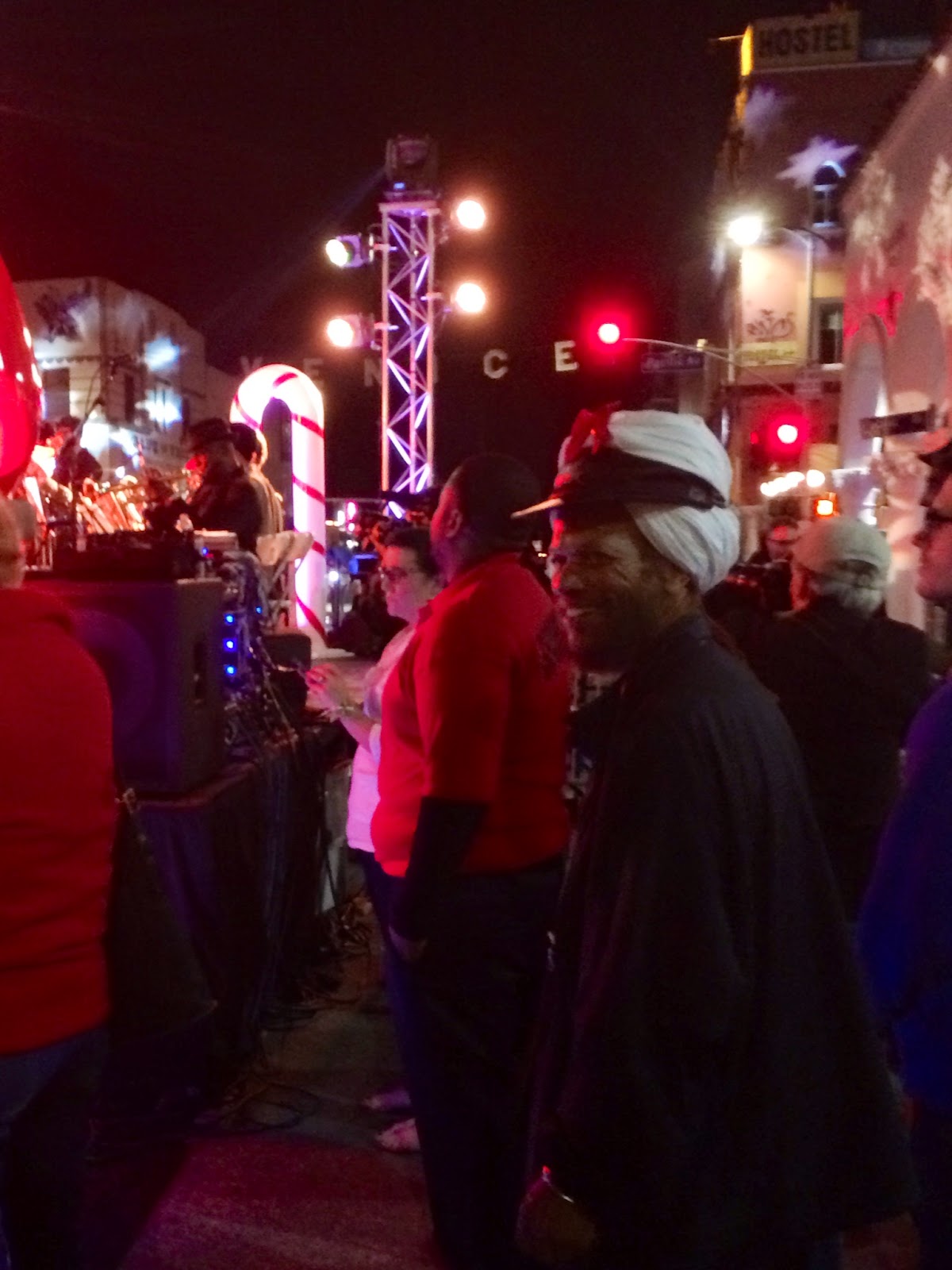 Bonin next introduced this year's celebrity guest light switcher, Pink, holding her daughter, Willow. I've seen Pink around for years, and think she was a great choice. Even greater when she said that she moved here when she was 20, but wanted to run away here when she was 9. (Me too!). She chose to live and raise her daughter here because "There's room for all of us, to live and love as we want ... I love the feistiness of it, the creativity of it ... I'm just madly in love with Venice. Merry Everything!" 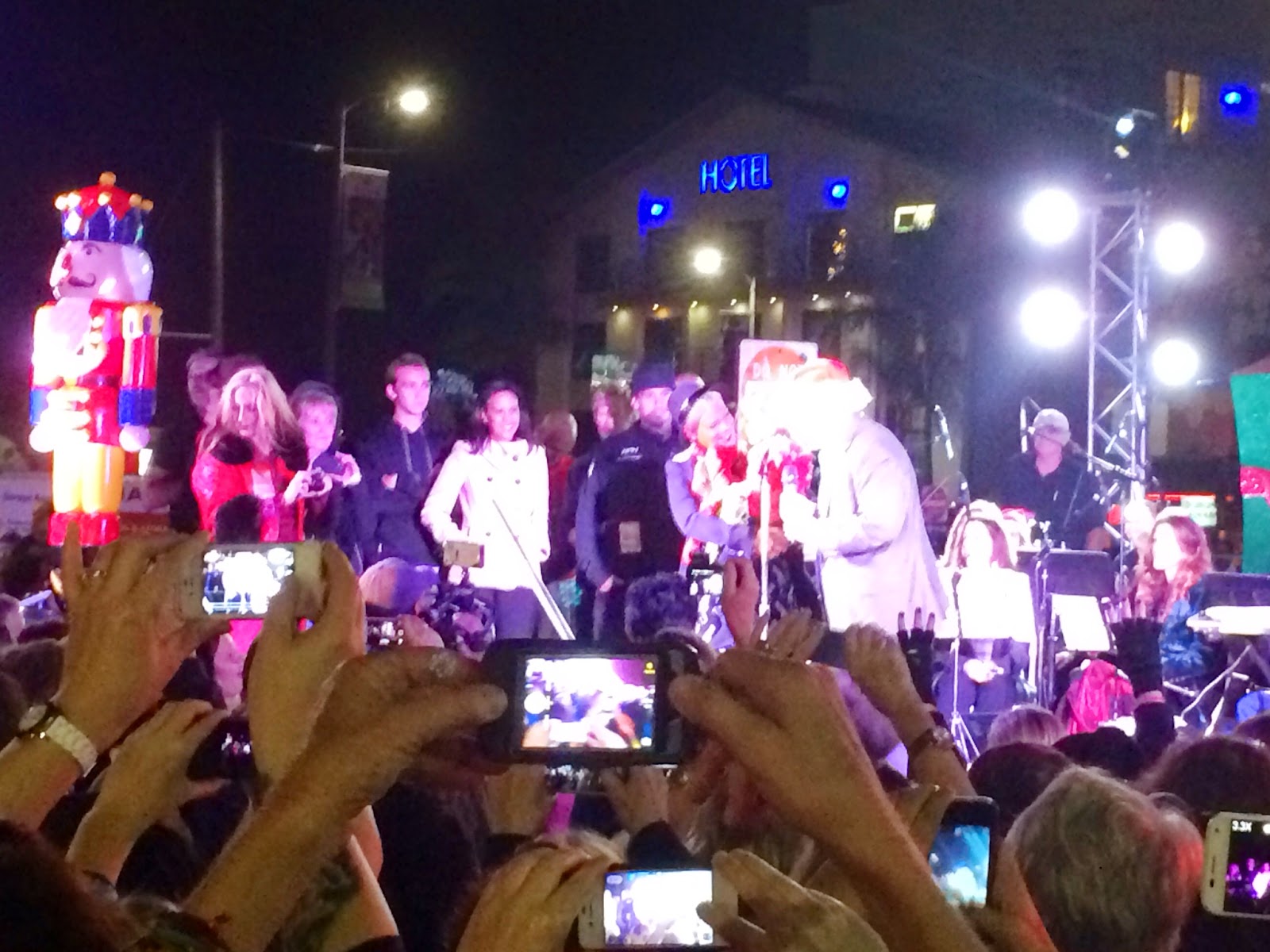 With that, Pink and Willow pushed the button and the Venice sign blinked on with it's Christmas red and green lights, and the crowd went wild. They really did. It's kind of great to see a whole community get jazzed just by six letters turning on, but it's more than that, isn't it? It's the feeling of loving where you live, and celebrating that with the people around you that feel the same, and want to keep our part of the world special. 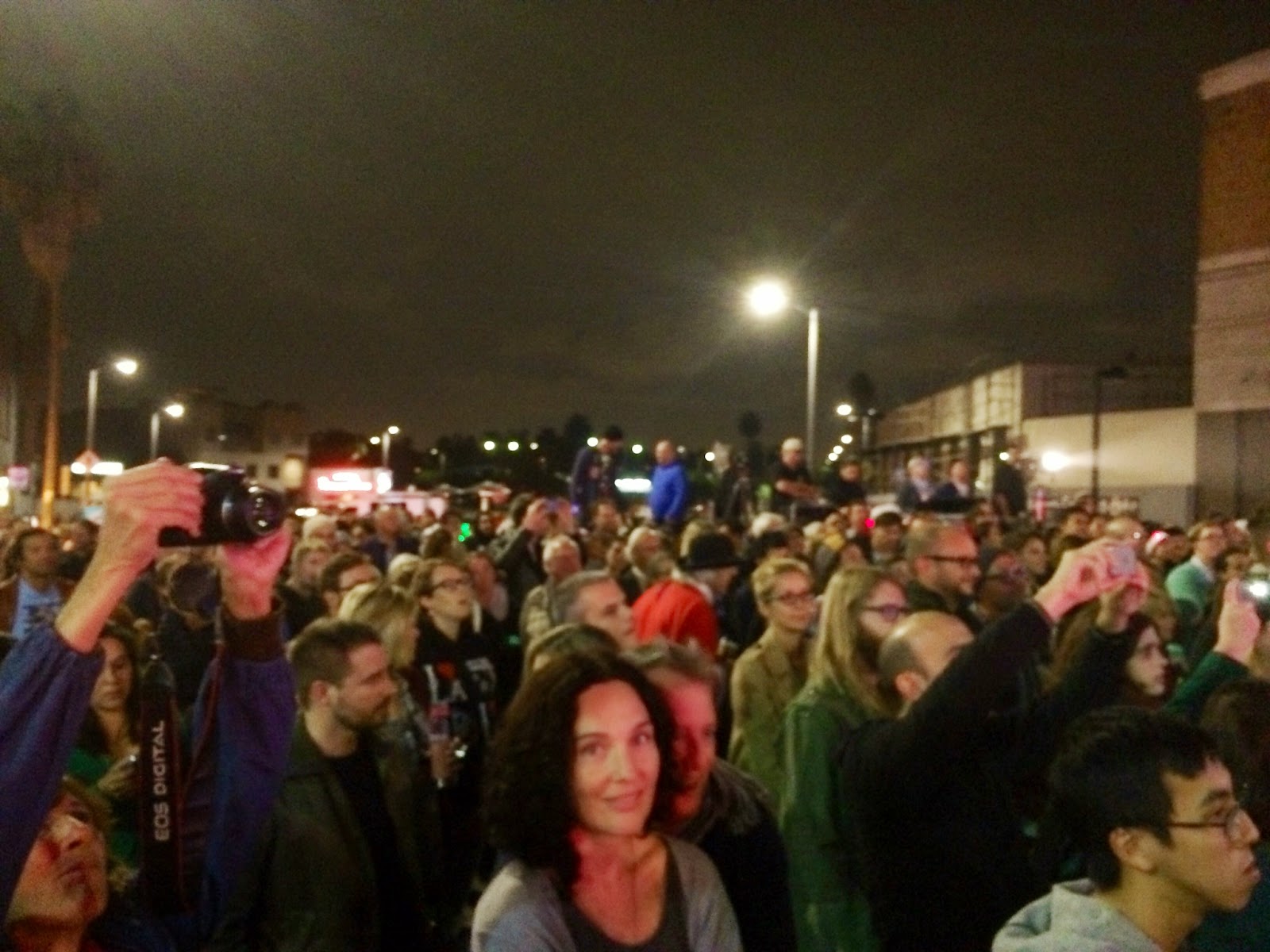 Special it was, as you couldn't move two feet without bumping into yet another old friend to hug. Or new friends, as I became a true tree-hugger with my new friend, The Tree Man. 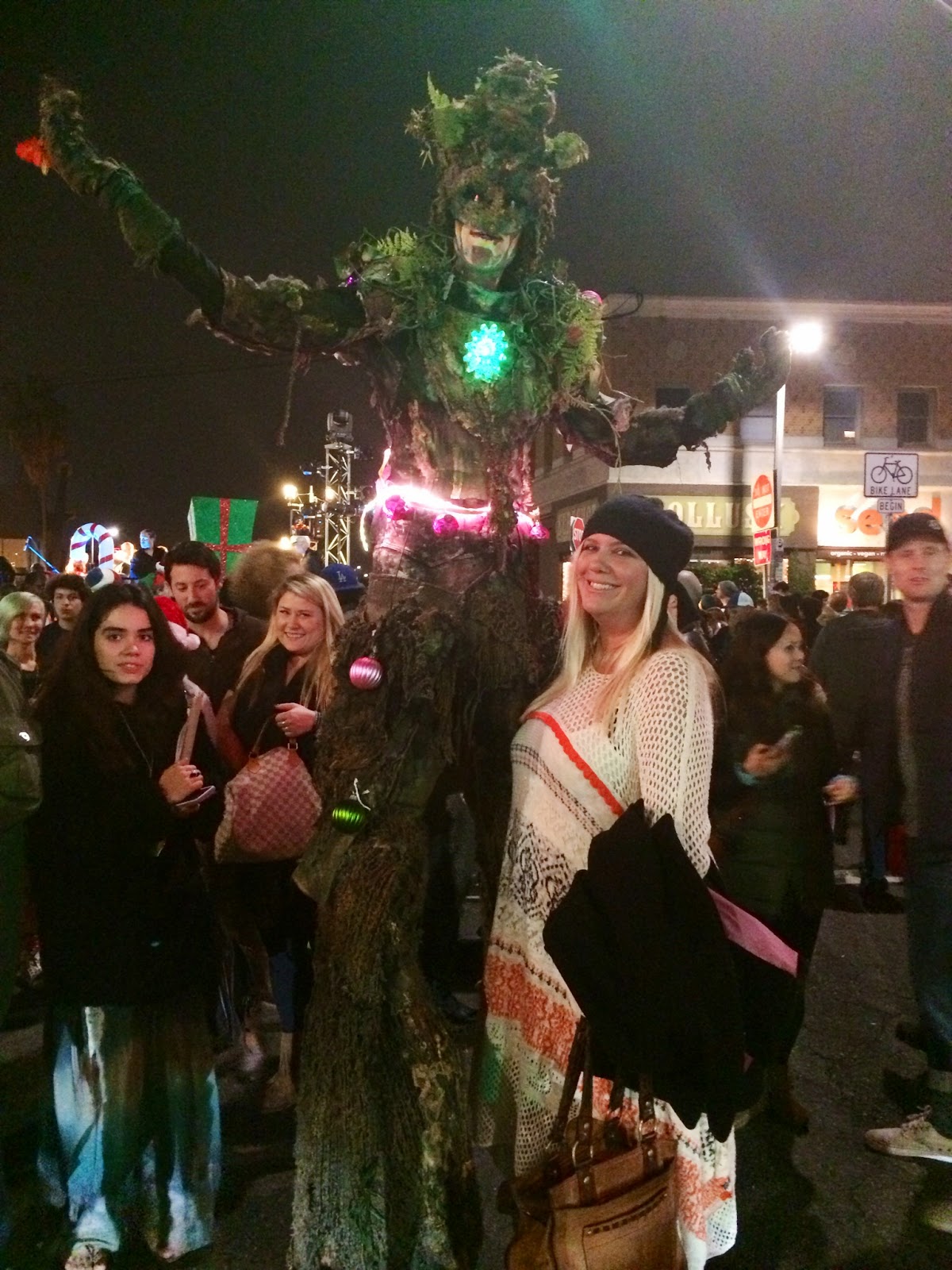 The crowd slowly dispersed (after the obligatory photos in the intersection under the sign!) for the various neighboring watering holes. 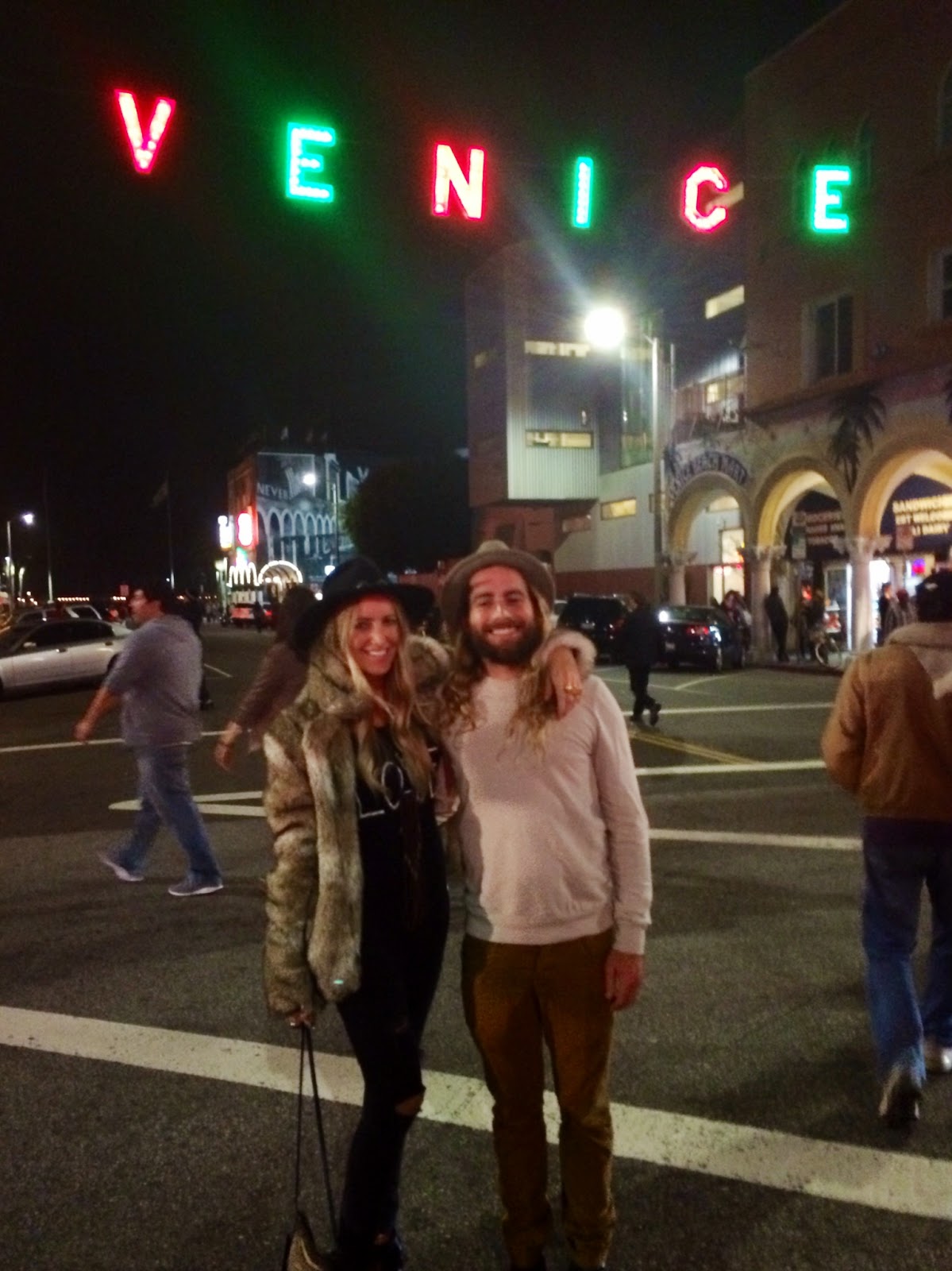 We hightailed it back over to The Townhouse, where the Repeal Day party, pig roast and lecture was already in high gear. Owners Louis and Netty Ryan hosted their biggest party of the year, celebrating the end of Prohibition in 1933. 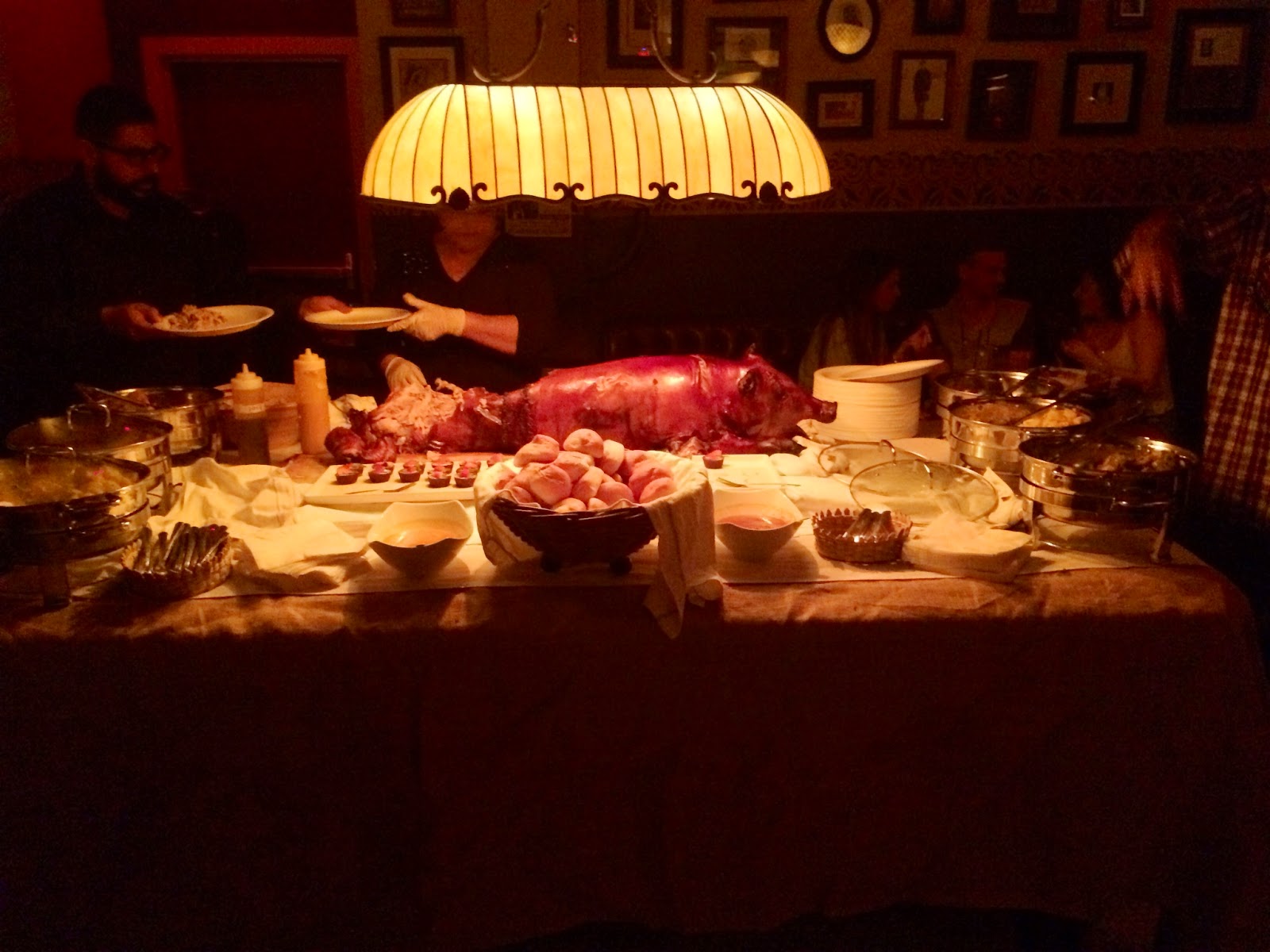 This meant a giant pig roast (and delicious sides) courtesy of  Oscar's Cerveteca, all free of charge as a thank you to patrons. It was great. 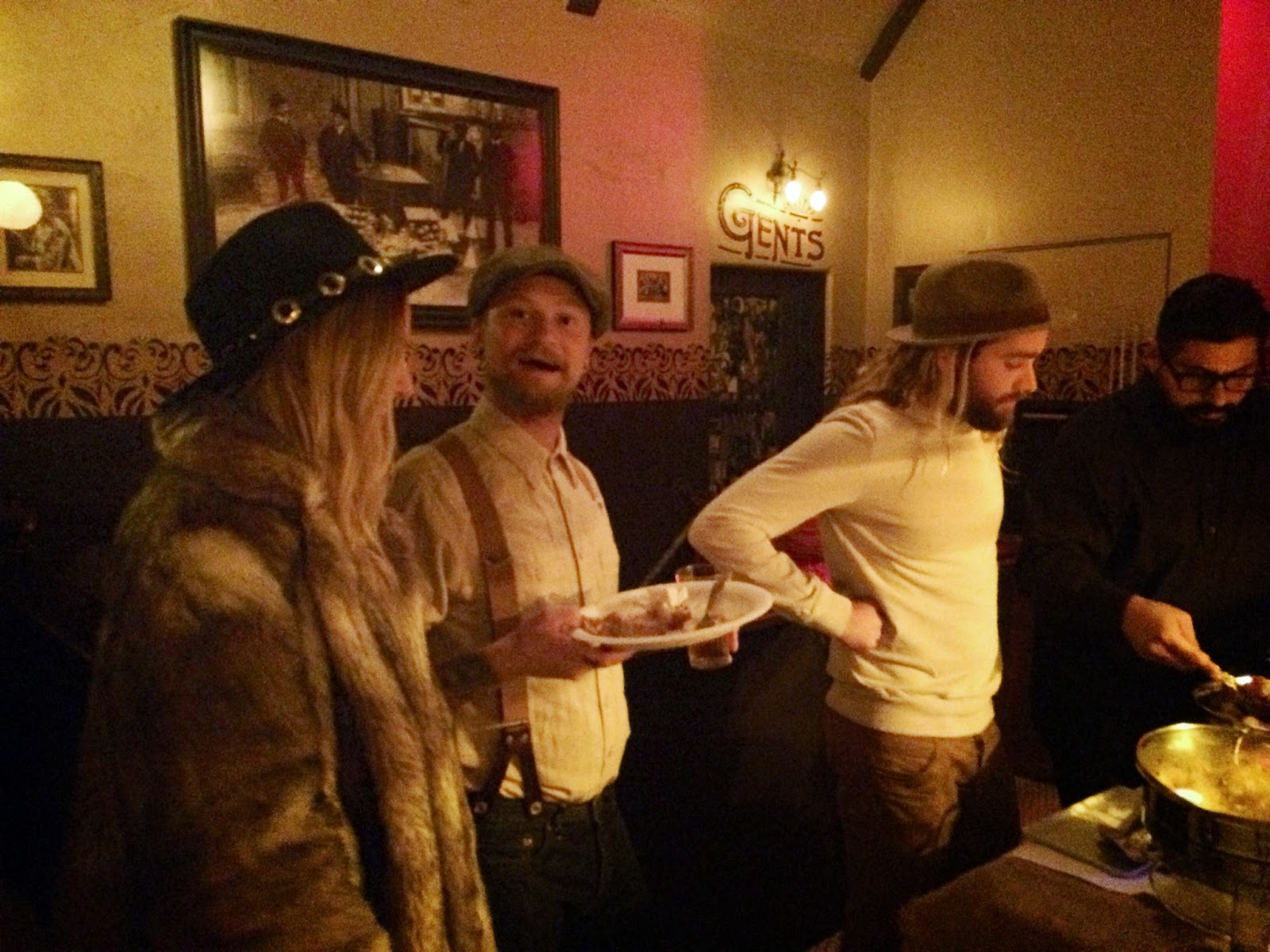 Downstairs, the cocktail historian again gave his interesting and humorous lecture, accompanied by the drinks of the era. 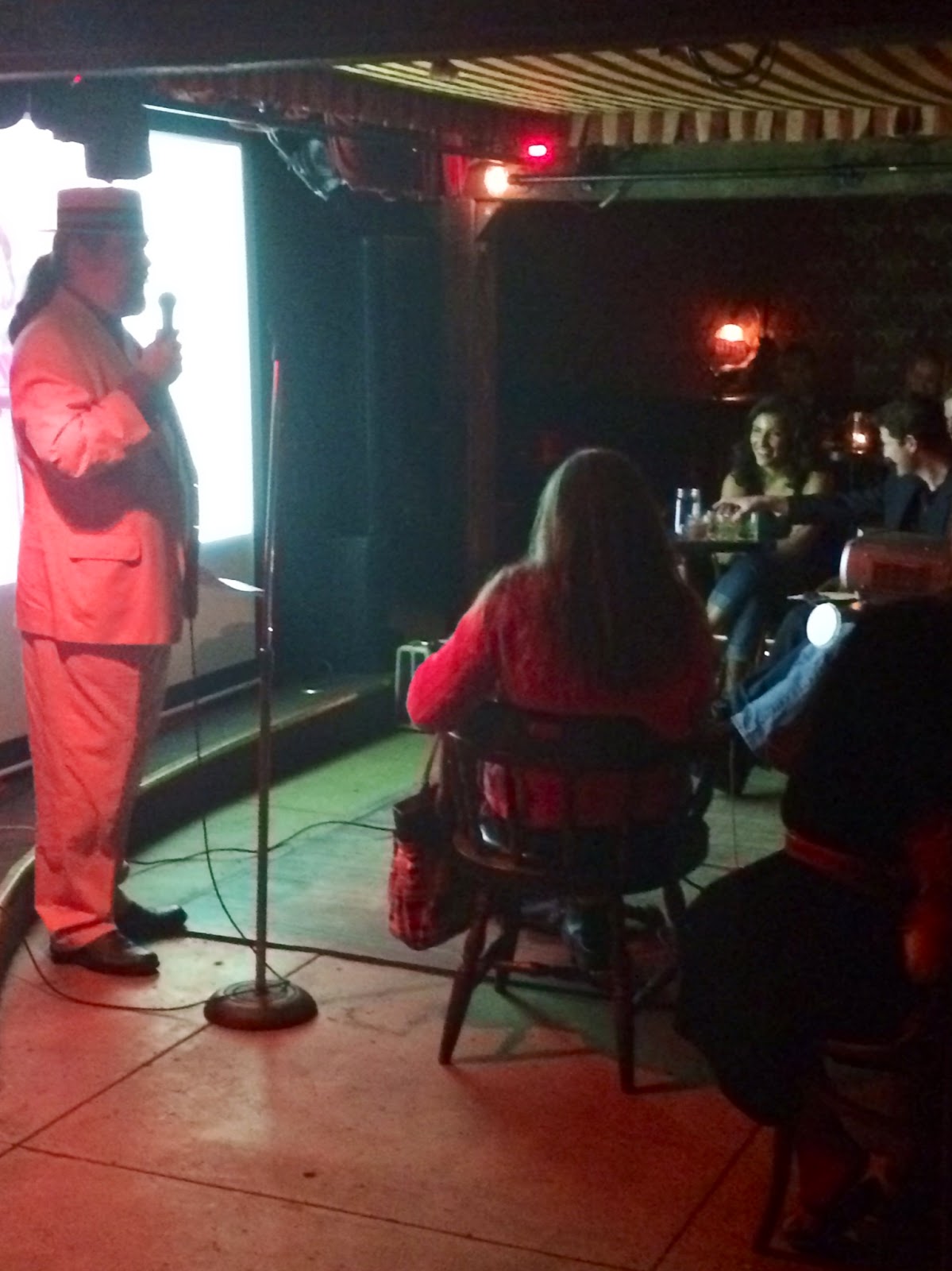 Speaking of drinks, upstairs when the bell rang (and another roar from the crowd), the drinks were at 1933 prices for an hour. Bedlam ensued, trying to get to the bar, but all was good-natured and a blast as you just chatted up the people next to you as you waited.

After a night of carousing, the streets emptied, but the sign kept the holiday spirit going all night ... kind of like the Christmas tree in the living room of the whole town. Venice as Bedford Falls? There really are Christmas miracles. Thank you to all who made this wonderful event happen so beautifully again ... even if you were just there singing along. All lives matter. 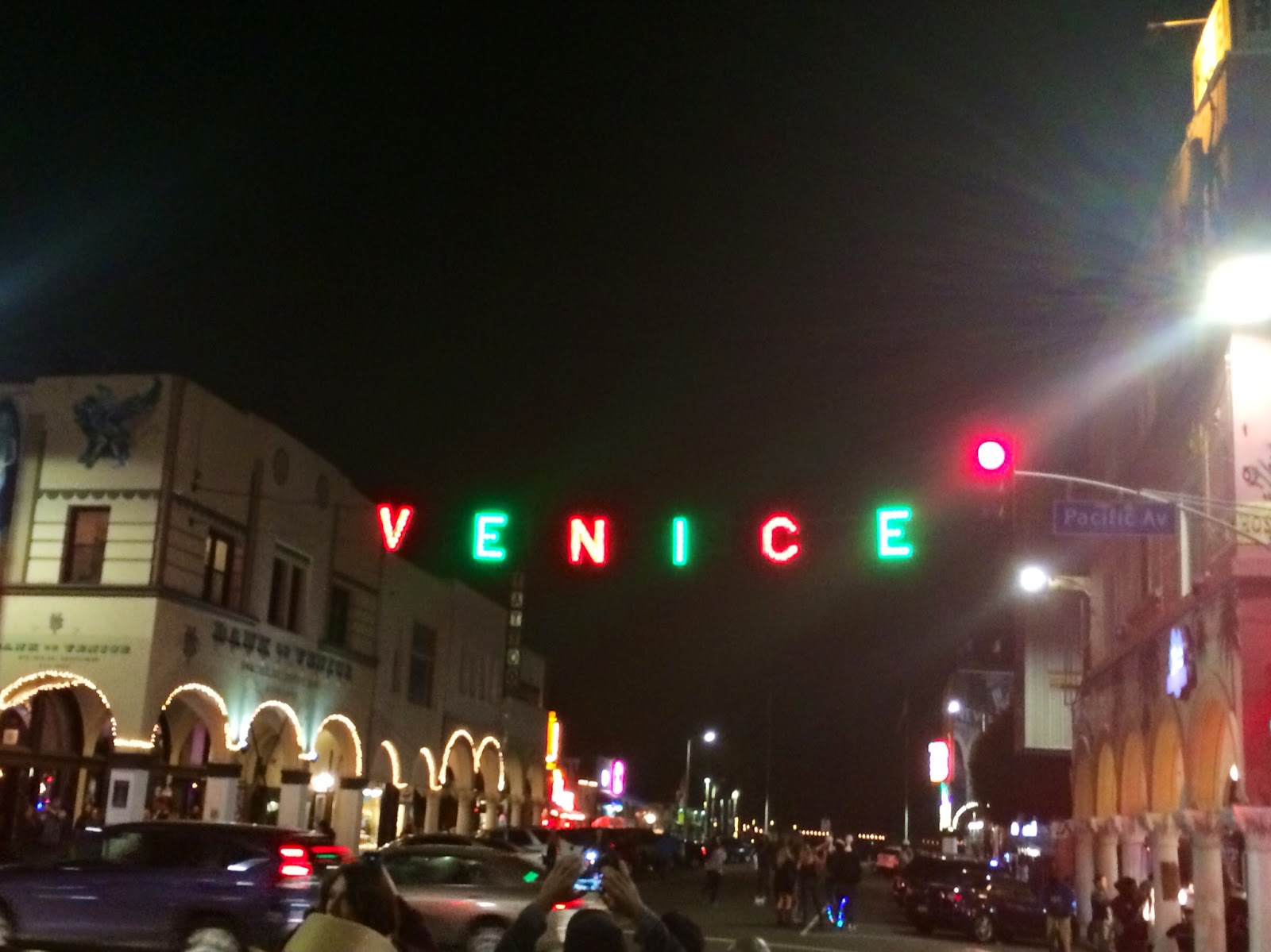 Let us all remember that as we enjoy our holidays together, and try to go for that one really big miracle ... Peace on Earth.