The Smashing Pumpkins At The Fonda!

I hadn't seen The Smashing Pumpkins in years, so it was with excitement that I accepted my kind friend's invitation to see them live at The Fonda last night. 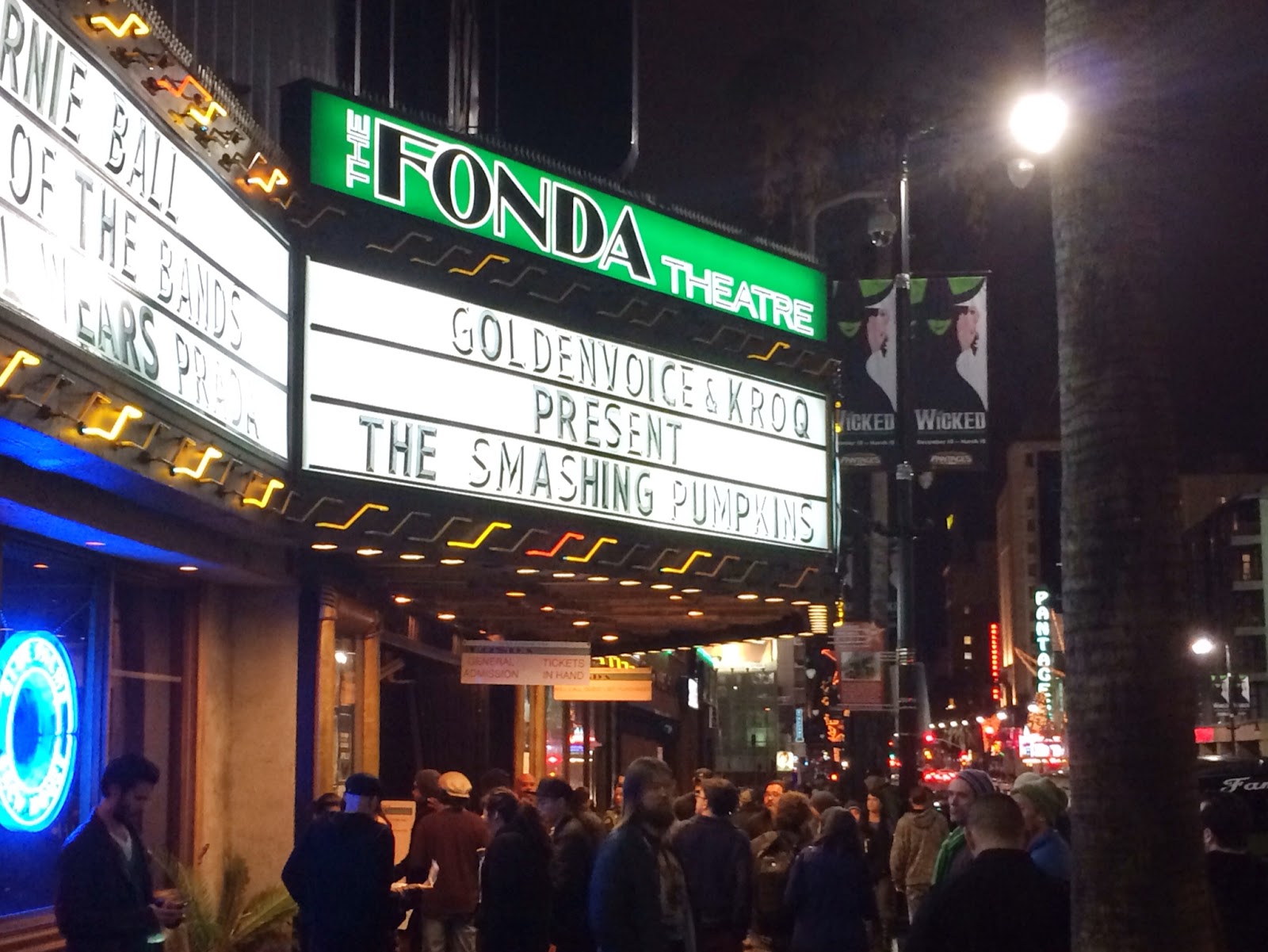 The place was packed, and the crowd was stoked. It took a while for them to take the stage, but boy, when they did - it went off. There was no opener, and having released the brand new Monuments To An Elegy just last week, they opened up with a bang, playing "One And All (We Are)" off that album. It was extra-rocking, as all the new songs seem to be (I hadn't heard any of it yet, so it was with fresh ears I was listening). It's basically just Billy Corgan left from the original Pumpkins line-up, and the music is all his. And he's FEELING it these days. He spoke very little between songs, just intros and how we're all slaves to social media (true), and let his music do his talking. 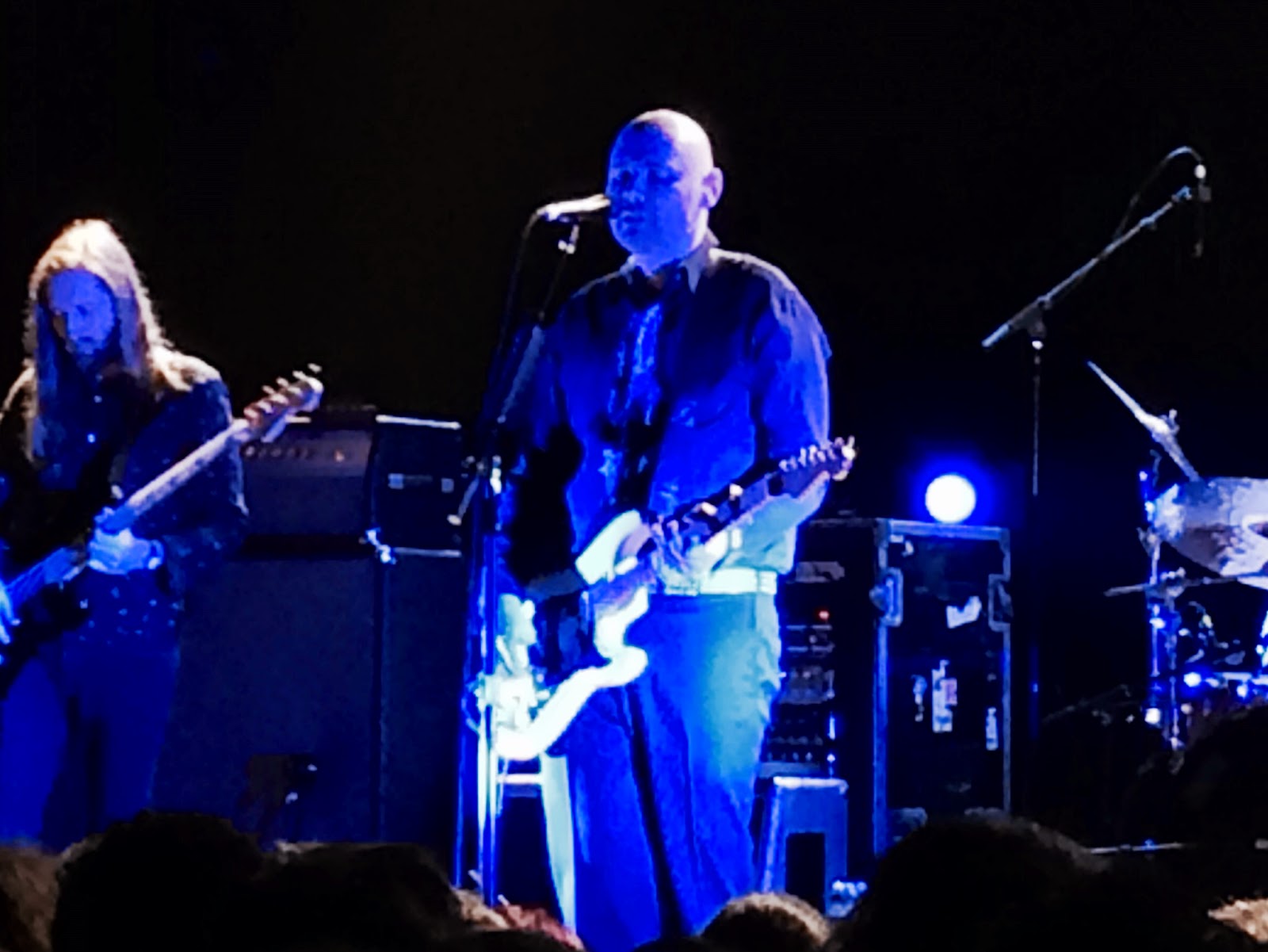 I was squeezed in tight on the floor so didn't really take any notes, but did manage to snag the set list, so for Pumpkins aficionados, I got you:


And there certainly were Pumpkins aficionados in the house. To the point that I had to tap a woman next to me and tell her how nice it was to see someone getting that overjoyed to see someone play music ... fists pumping to every line - that she knew every word of. She thanked me for noticing, and confirmed that she'd pretty much never been happier. These were her JAMS.

As they were the jams of two bros that sang ecstatically along, arms around shoulders, thrilled at every note (this was enhanced by the j's they kept passing along to everyone - it was a very communal show). They tried to mosh a bit, but it was pretty much between the two of them.

It was all much heavier than I remembered, like metal heavy. This may have been because they had Brad Wilk from Rage on the drums, bashing them to smithereens and lending a much harder rock element to the show. At one point I could actually feel the music through my feet on the concrete floor. It was truly ROCK, through and through. 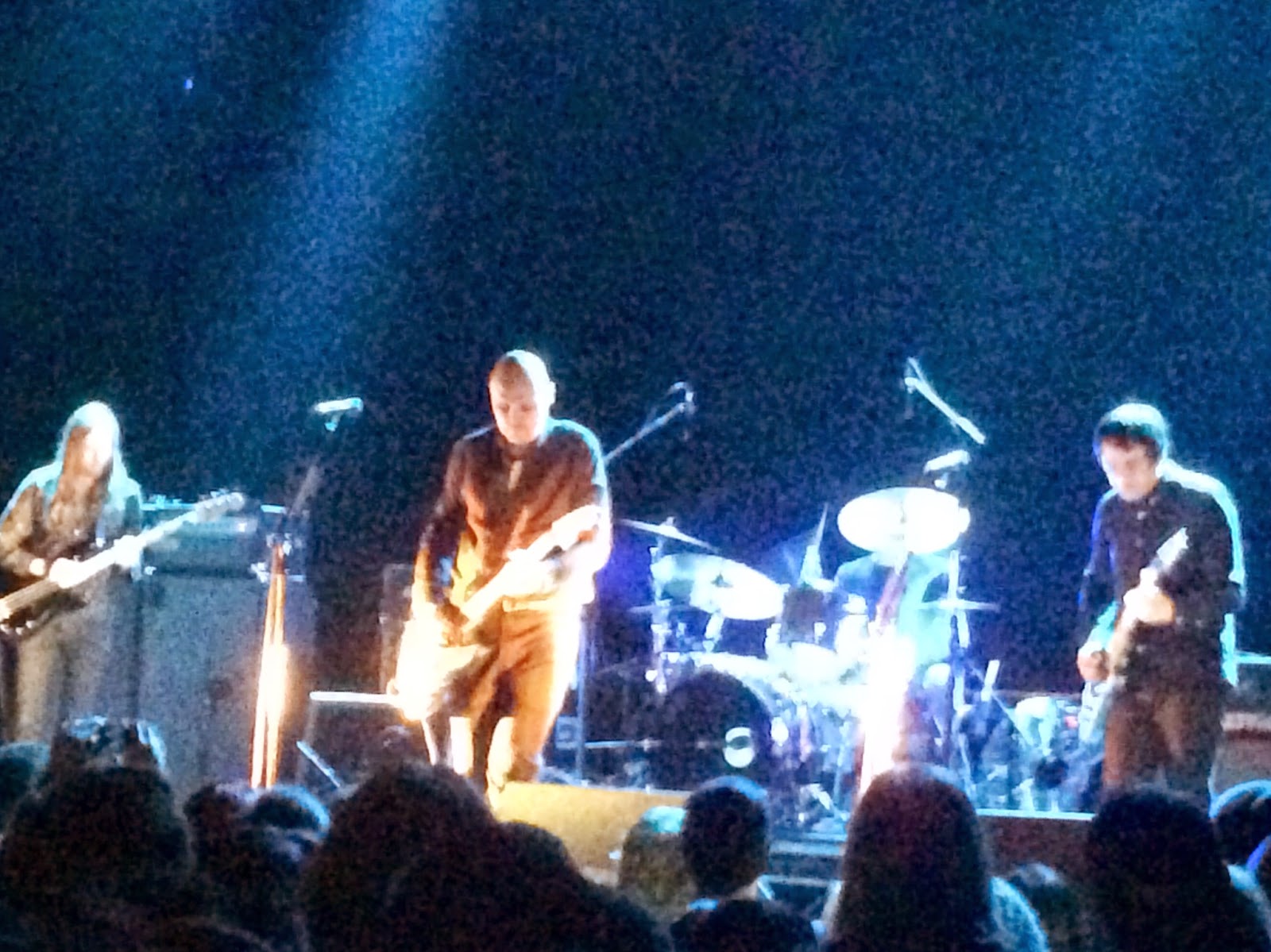 Another great show in 2014 ... what a wonderful year for music! Truly. There's just nothing like an awesome rock show.