I was walking to the Richfield Farmer's Market last weekend, and decided to cut through what we kids used to call Memorial Park (with the water slide that cut up half of Richfield), and is now called Heredia Park. It's the little park behind the Richfield Cop Shop/City Hall, and I had no idea when its name as changed - or why. 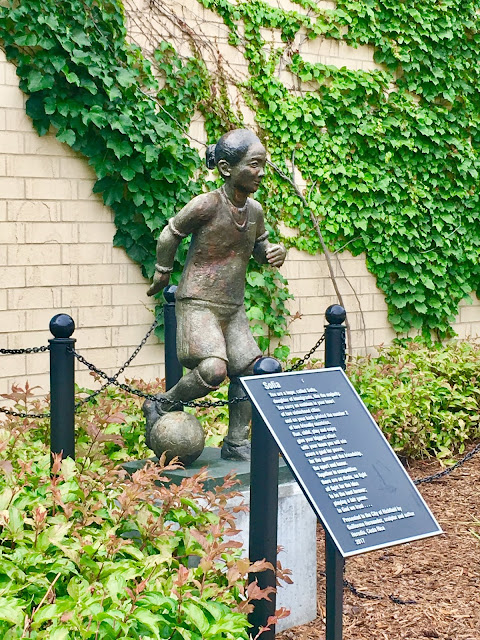 Then I saw a bronze statue of a little immigrant girl soccer player called Sofia. The only piece of public art in the park and it's of a child from another country making their way in Richfield. I was delighted, surprised, and honestly, a bit relieved - that Richfield holds such reverence for our immigrant neighbors, and chose to celebrate them in this lovely way. 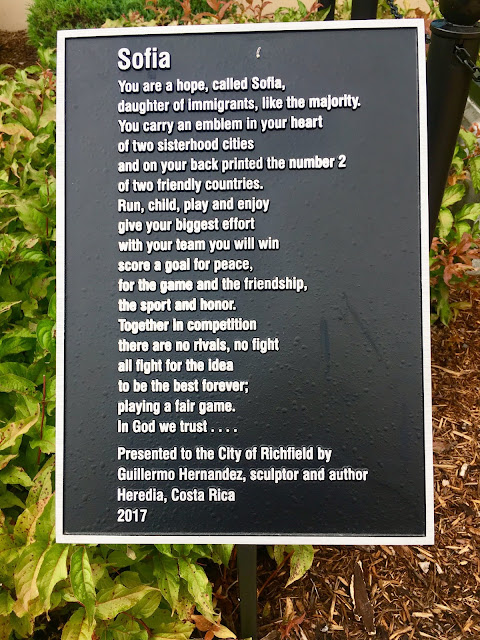 The work is accompanied by a poem from Guillermo Hernandez , also the sculptor, from what I learned is Richfield's sister/peace city, Heredia, Costa Rica - since 1991! They even have a "Boulevard Richfield" in that town! I had no idea. But I'm super proud of my hometown, recognizing that we are a country of immigrants, and it is something to be celebrated. Excellent.