Venice, you're awesome. One of the very best times of the year here in our beach community is the annual Neptune Festival ... and this one we just had was a doozy. As happens just about every year, the June Gloom cleared out just in time for our yearly bacchanal of fun in the sun, as we officially declare it Summer in Venice! 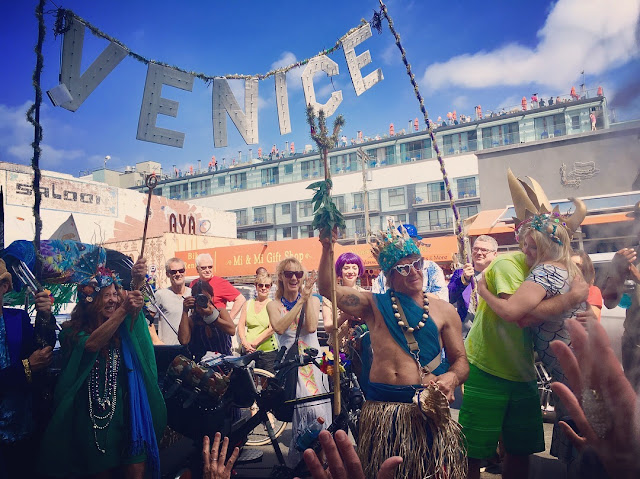 This year's headquarters was at Surfside, who were also celebrating their one year anniversary. Live music jammed all day, and mermaids and mermen made merry all day long. 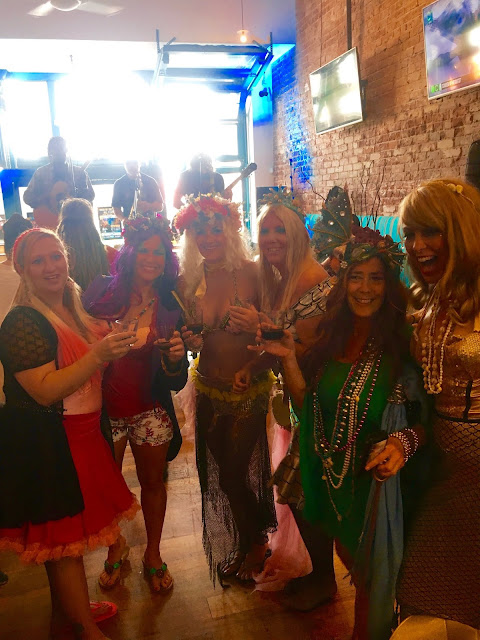 Neptune King 2017 Jeremy Marco and Neptune Queen 2017 Me were honored to pass along our beautiful, handmade (By the ultra-talented Rebekah Ozier) Neptune crowns to the newly chosen King Tonan Ruiz and Queen Beth Allyn, who presided over the day's festivities. 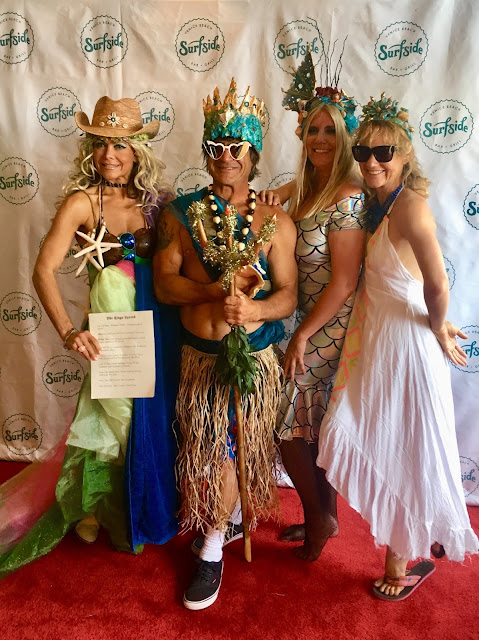 We made our departing speeches outside in front of Surfside, and implored the new royalty to carry on our traditions, and spread the good Venice vibes during their reign, from sea to shining sea. Once King Tonan and Queen Beth were crowned and given their scepters, and gave their speeches accepting their royal duties, it was time to parade to the ocean to mark the opening of Summer! 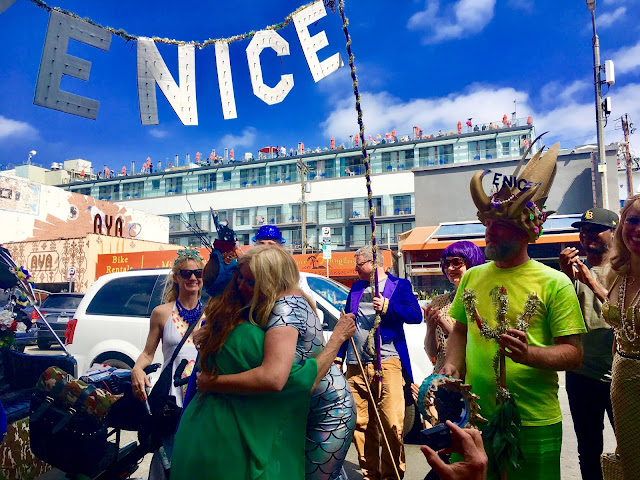 The fun people of Venice dressed up as merpeople or just colorful, fun people (and there was a Wizard, I saw), and we all traipsed across the sand under the portable Venice sign, shouting the traditional "Hail the King! Hail the Queen! Hail Summer! Hail Venice! Hail Yeah" all the way. 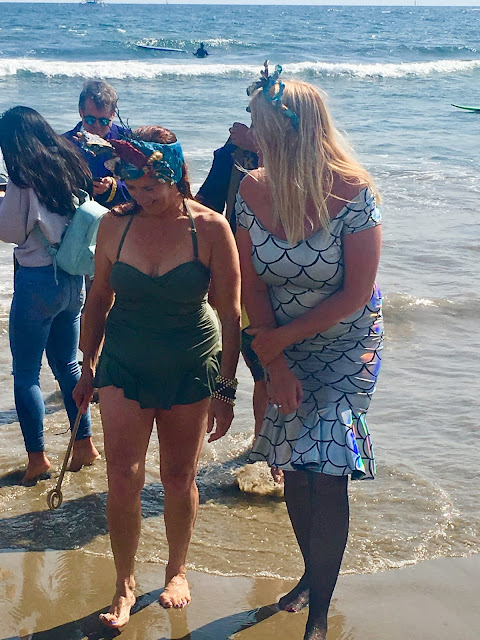 Tourists scrambled to capture the action on their phones, as we all gathered at the shore. King Tonan was, I believe, the first King Neptune to arrive from the water via his surfboard, and Queen Beth showed the summer spirit by going all the way underwater. It was all, quite simply, RAD. 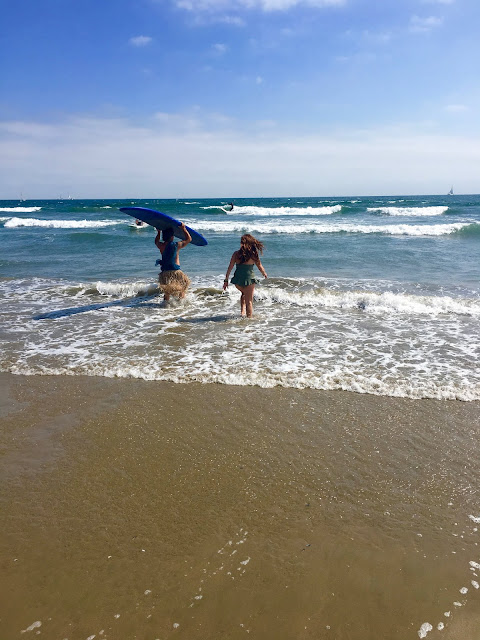 The royal court of revelers joined Tonan and Beth in the water, and it was time for a zillion more photo ops, while the Hails continued to be yelled throughout the proceedings. So fun. 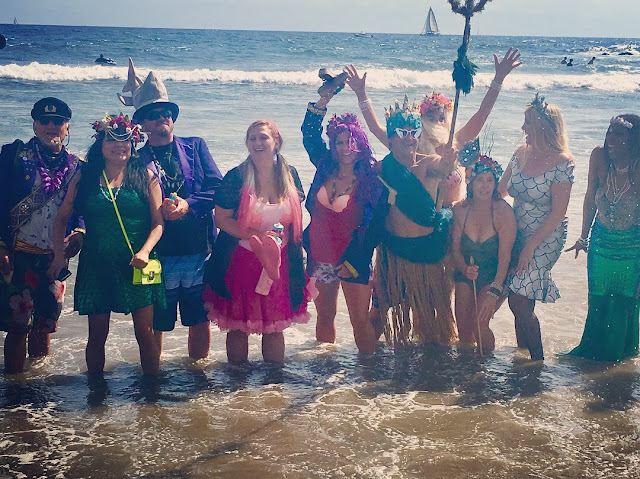 Once back on dry sand, King Tonan read the royal proclamation truly and officially declaring it SUMMER! And the royal subjects rejoiced! 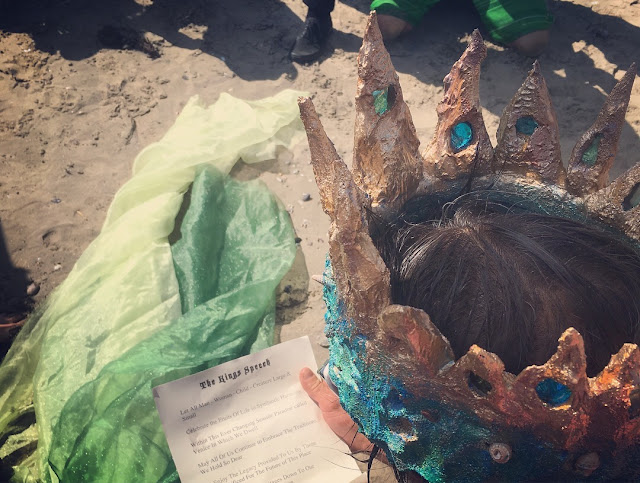 We all paraded back across the sand, where King Tonan and Queen Beth were picked up in pedicabs and pedaled around back to Windward, where the party was well under way to greet the new royalty. 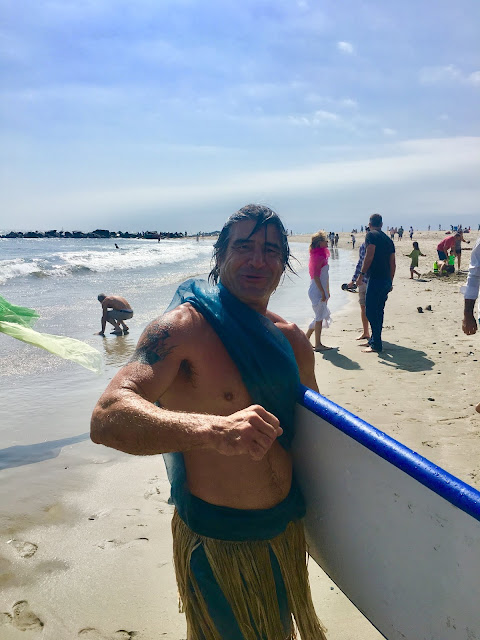 The Brobots were going off, and they had a special guest, former Neptune Queen Miss Jessica took over the mic, and belted out a Hendrix cover, and everyone wanted to stand next to her fire, believe me. She was awesome. 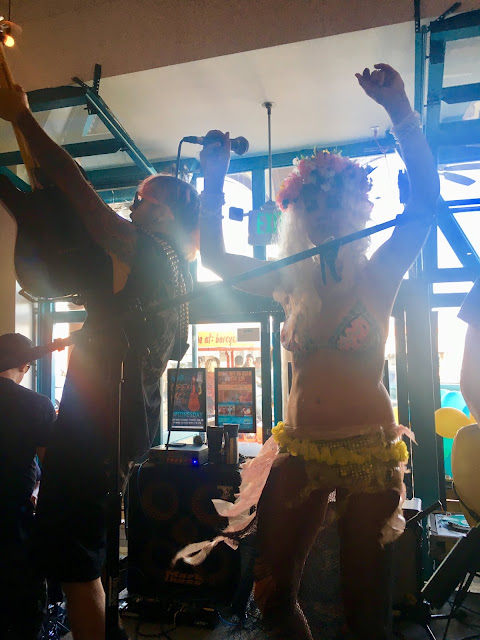 And so were The Brobots! They ripped up the stage all day, with the guitar player even climbing the walls at one point - as you do. People were dancing (and it's not easy in mermaid tails!) and day drinking and hugging and loving Venice all day long ... which is exactly the point of our traditions like these. Keeping it cool, keeping it special, keeping it unique, keeping it real Venice. 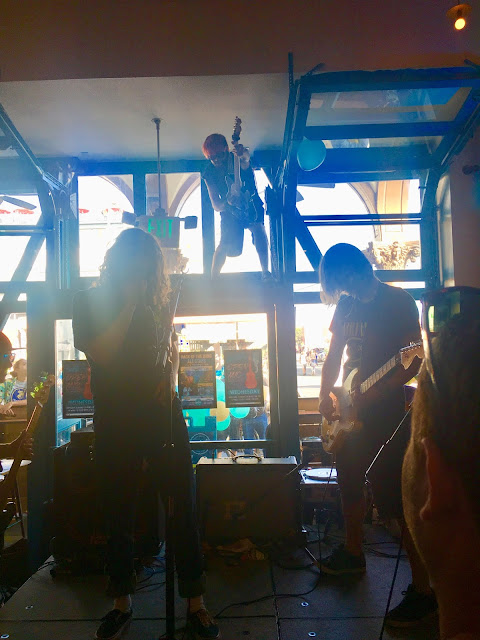 A blast was had by all ... but probably no one was feeling it more than King Tonan in this moment ... 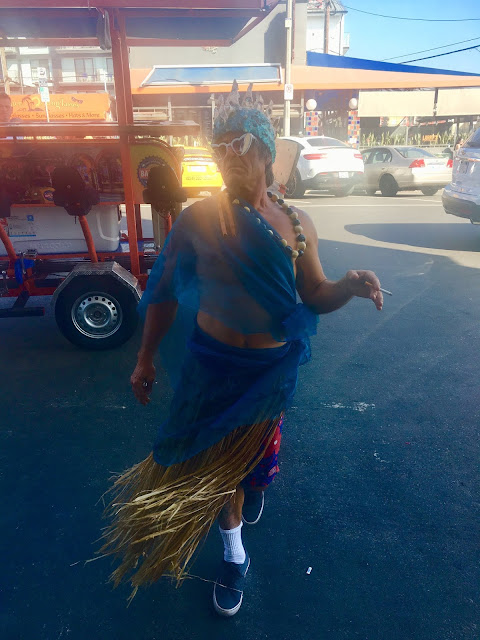 And that's how the whole day felt ... groovy. Summertime is here, Venice! Make it a good one.