In Loving Memory Of Larry Hendrickson - He Changed Lives

* My best friends in the world lost their father yesterday morning, and the world lost a heck of a guy. After the initial tears dried, friends and family gathered at the Hendrickson home in Richfield to comfort each other, and celebrate together an extremely special life, lived and left on Larry Hendrickson's own terms. I felt so far away, yet still included in their family, like they have always made me feel. It was my great honor to be asked to write Larry's obituary ... but I couldn't stop writing and expressing all that can be said about this man, so it got pretty long. We decided to make it an article here instead, so we would not be constrained by column space on the obit page. Wonderful matriarch Jane helped me get the facts straight, but there is still so much that could be said. Following is an attempt to give a glimpse into who Larry Hendrickson was - and there will never be another like him. My heartfelt love and sympathy to my deeply loved friends, The Hendricksons. We will never stop  honoring and celebrating your awesome Dad. Thank you for sharing him with the rest of the world. See you soon, Friends ...


Minnesota has lost one of its greats. Husband, Father, Grandfather, Coach, Philanthropist, and Hendrickson Foundation founder, Larry Hendrickson, passed away from a rare heart condition called Amyloidosis on Friday, June 15th in his longtime Richfield home, both fully at peace, well loved, and surrounded by family and friends. 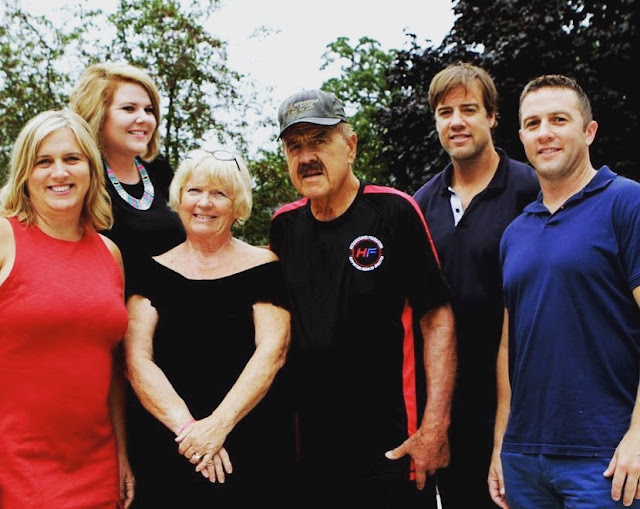 Hendrickson was born on October 20, 1942 in Minneapolis to Joseph and Lorraine Hendrickson. He played all the sports, of course, but was also well known for his unique character and strong faith. He met his junior high school sweetheart, Jane Hagen, at Ramsey Middle School, but didn't make his move until they were both attending Washburn High School. After graduating college at the University of Minnesota and a obtaining a Masters degree from St. Thomas, they married and settled in Richfield. Hendrickson was also one of Richfield High School's cherished teachers and coaches. 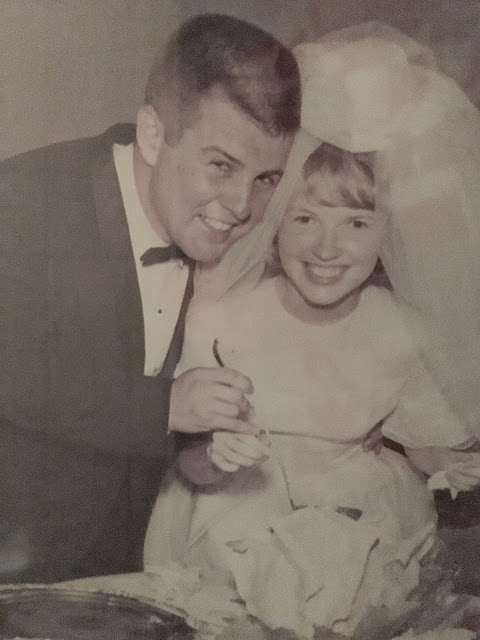 Larry and Jane raised four fantastic children (Christine, Darby, Danny, and Julie), and in addition to the kids, some very special dogs.  "The Richfield Pool" in their backyard served as home away from home to Spartans of all ages, and was often where you could find "Coach Hendy" in more recent years, enjoying a Captain Coke, Lynchburg Lemonade or an icy Coors Light, and sharing inspirational conversations about hockey, hunting, and fishing, while hanging out with his beloved dogs. 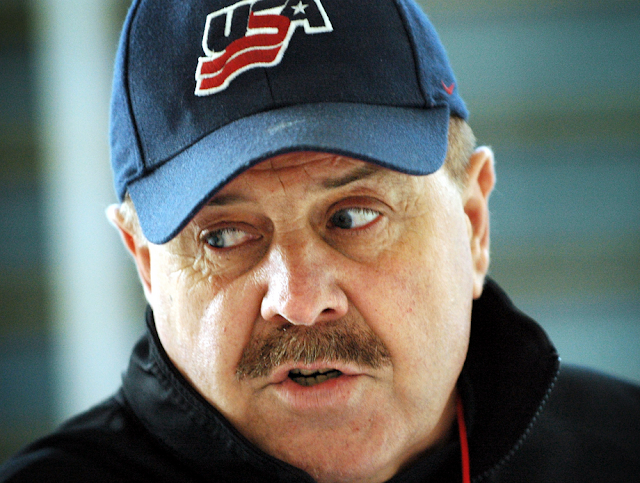 The "Hendrickson" name is synonymous with "Hockey" in Minnesota, and Hendrickson's career illustrated this fact. He coached varsity hockey at Richfield, where they played in the state title game in 1976 (and we're still sore that they lost to Grand Rapids).  Hendrickson helped his good friend, Herb Brooks, prepare the "Miracle On Ice" Olympic team for their gold medal victory in 1980, and served as the strength coach for the Minnesota Gophers in 1985, and the professional Minnesota North Stars from 1986-1988.  As Head Coach at Apple Valley, he led the team to a state championships in both 1981 and 1996 to win a title with a record 5 OT semi-final game that remains revered in Minnesota sports lore as the best high school hockey game ever. He also coached at Benilde-St. Margaret in more recent years, as they transitioned from Class A to AA hockey. Hendrickson was inducted into the Minnesota High School Coaches Hall of Fame in 2010. 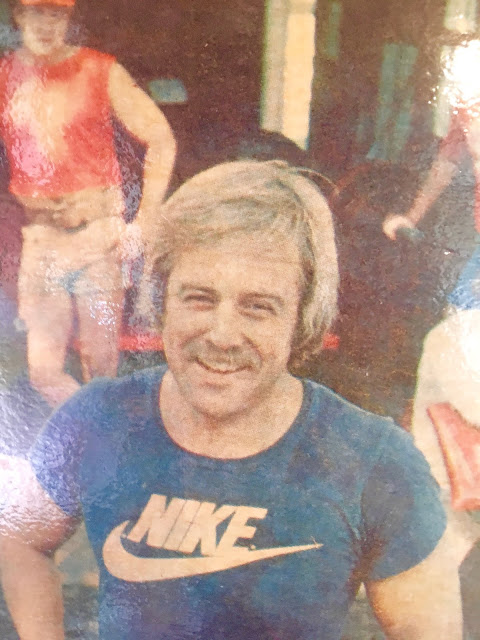 All of Hendrickson's children went on to play hockey ... Christine and Julie play (because Minnesota is a state where the Hockey Moms PLAY hockey), and Darby and Danny both played at Richfield and as Minnesota Gophers. Darby went on to play professionally, even scoring the first goal for the Minnesota Wild, and now serving them as an Assistant Coach. Larry was so proud of all of his children, who live their lives with all the important values instilled in them by these excellent parents. He was also a father figure to many, sharing his guidance and wisdom generously with anyone who needed it. That it's Father's Day weekend that Larry left us is both appropriate and special. 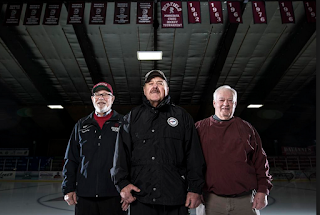 The Hendrickson's are a very public family, and have always been a the more the merrier type of clan. Their house was always been full of kids and animals and fun, but some of their most special and treasured memories as a family took place privately, as a family, at the cabin on Island Lake in Duluth. It was a refuge and a sanctuary, where deep conversations and quality time together was spent, and those are the times they hold most dear. 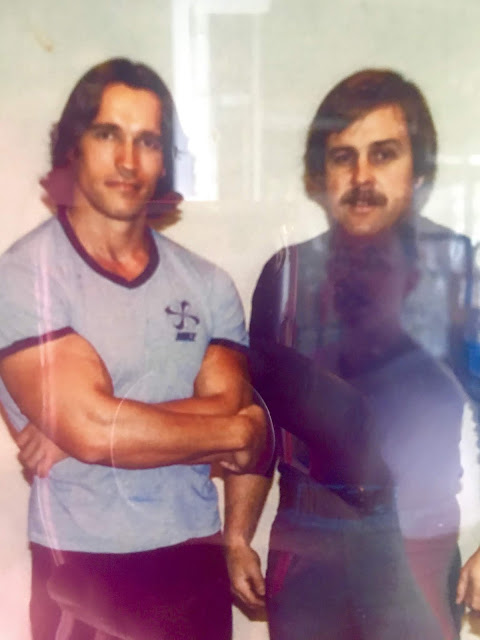 Strength is a word that anyone who ever met Hendrickson would instantly associate with him. "Strength Coach" was even his title at times in his career. Many muscles were built in Hendrickson's home gym, but none more than the heart. It is ironic that his own heart failed him, when he had instilled such strength in the hearts and minds of so many. His equally strong faith is what sustained him through his final months, and as he said, "Don't worry about me ... it's just a change of address." He lived a full - and fulfilling - life, and passed away when he was ready, surrounded by his loving family. That's the way to go. 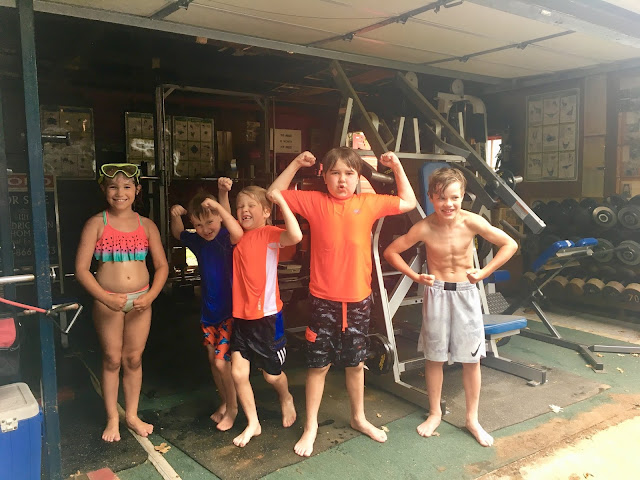 Hendrickson also founded the D.J. company, Spirit Unlimited, to support his family while he served in Young Life. Spirit Unlimited was an apt name for the fun they brought to all the Richfield High School dances and countless other events. There was a reunion of Spirit Unlimited crew this past holiday season, and everyone in attendance told stories of how Hendrickson had employed them, guided them, and inspired them. Helped them. How he set an example for them that they all still live by. How he changed their lives. 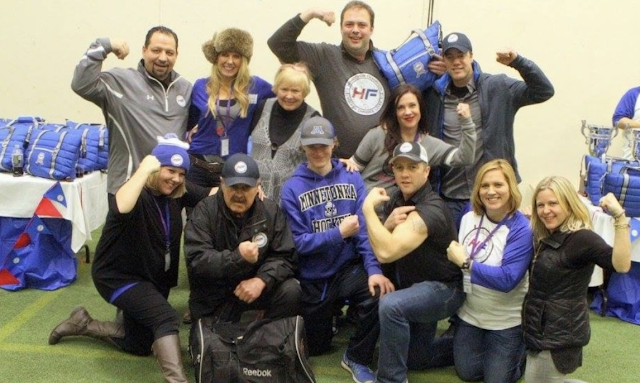 The Hendrickson Foundation's motto is "Hockey Changes Lives", and one only has to look around at their annual hockey festival to know how very true this statement is. Conceived in 2011, with his dear friend Mike McMillan's encouragement, Hendrickson set out with the idea as a means to encourage and inspire those with disabilities and special needs through getting them out on skates or sleds to play hockey. No one could leave one of their events without being inspired, including themselves. Lives have truly been changed for the much better through the Hendrickson Foundation - for having known Hendrickson, his family, and being a part of their exceptional organization. 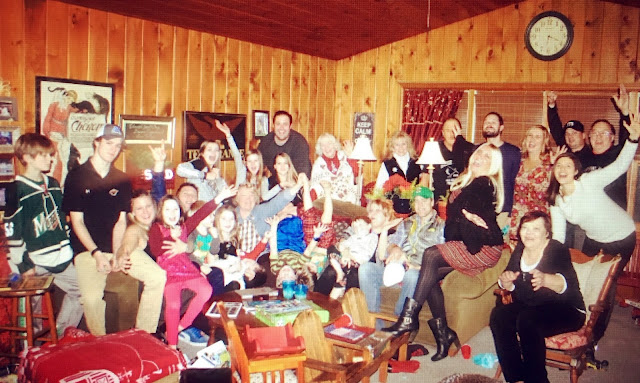 Hendrickson was also a great and inspirational speaker, who always put philanthropy and serving others above personal glory. A recent Christmas speech ended with the following words to live by ...

"I've been having a lot of thoughts ... and what I realized is what an incredible amount of blessings that  I have personally had - and that I married up. Look, nobody's perfect, life isn't always easy, but out of that comes a value system. It makes you ask, 'What do we believe in?' And I've come to the conclusion that my wife, my children, and their spouses ... we believe in others. When the good Lord gives you a blessing, and you can share it with someone who has had a curveball in life, you are a very fortunate person. What you give gives you more joy than what you have. The blessing we have is knowing that we need each other." 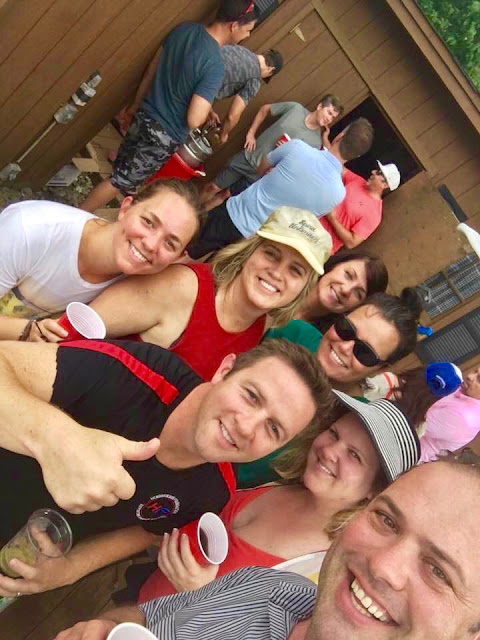 The entire Hendrickson family and vast extended family of friends takes comfort in knowing that our lives are full of blessings, that we need each other, and that we have each other. 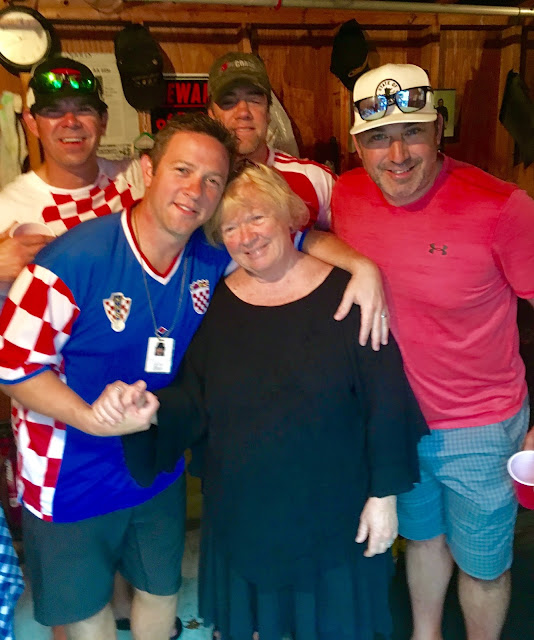 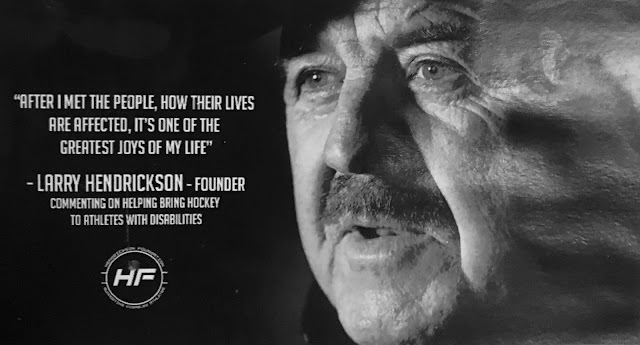 A Memorial service and celebration of Larry's life will take place  at 4 p.m. Thursday, June 28th 2018 at Mount Olivet Lutheran Church in Minneapolis, with Reception to follow. In lieu of flowers, please make donations to the Hendrickson Foundation, which son Danny carries on proudly in Larry's honor.

*Photos Courtsesy of The Hendrickson Family
Posted by CJ Gronner at 3:11 PM