I love art and I love the surf and skate culture, so it was with true excitement and anticipation that I went to see Ollie, the new show by Oliver Bell at the ETC Art Gallery (Every. Thing. Changes.) in the old Zephyr Surf shop space at 2009 Main Street in Santa Monica. This is a great example of the new and old schools of both art and skating coming together, as the Bell is the son of prolific Venice artist, Larry Bell, and the space where the show is being held used to house the most legendary of all surf and skate shops in Zephyr. 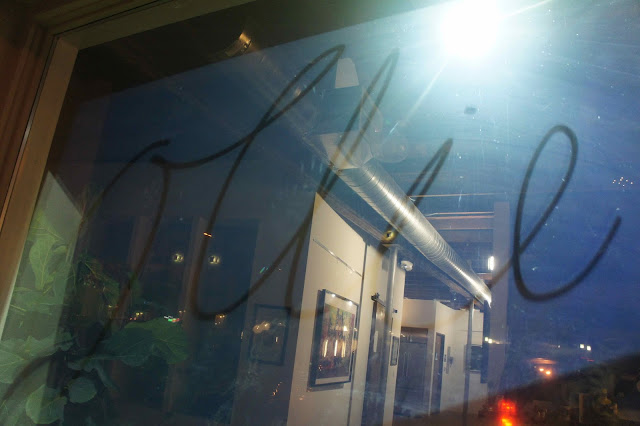 Bell was born and raised in New Mexico, but  from the age of six weeks visited Venice each year with his father, and loved it. He was always more into skating than art, and his annual trips to Venice were more than enough to seal that deal, with skate icons and legendary skate spots were everywhere. "To me, skating in Venice was heaven, even with piss on the ground." Bell loved it all. 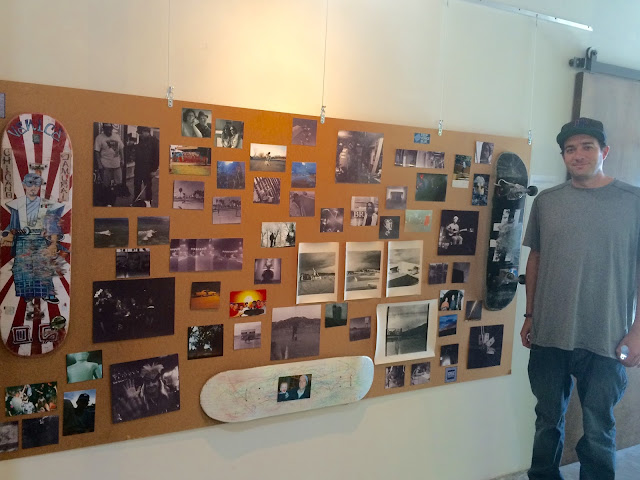 Back in New Mexico, Bell and his boys were skater outlaws, and as all skaters do, they made videos of themselves skating. Bell got really good at them, and soon was going to school for video production at Santa Barbara Community College. Bell's "Skating just to skate" led to creating skate videos for others. Though Bell had kind of avoided the art world due to it being his Father's realm, he soon found himself making video projects for art galleries, and the art world liked what he was doing. 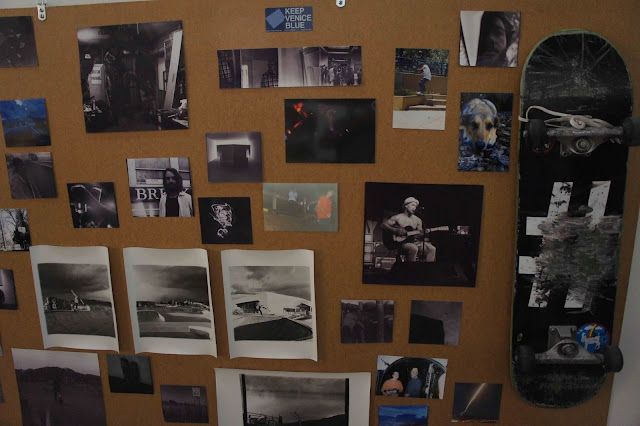 In 2013, Bell got an email out of the blue inviting him to participate in the Robert Rauschenberg Residency for six weeks in Captiva, Florida. This was huge for Bell, but also for his family, as Rauschenberg had been a mentor and a friend to the Bells, and he was now providing an opportunity for Bell's artwork to grow. Bell said it was maybe like only the second time he'd ever seen his Mother tear up, so he knew it was a big deal, and he knew that he was going to make the most of his time in Captiva. 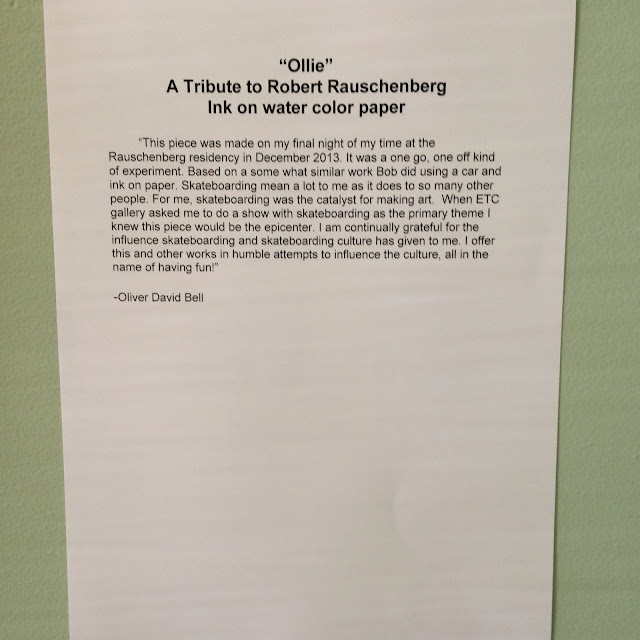 Bell drove to Florida from New Mexico, and upon his arrival at sunset, he saw the green flash as the sun set in the ocean, and he knew that to be a particularly great omen. The program in Florida helped Bell grow enormously, both as a man, and as an artist. He was the only one of the ten artists in residence who didn't already have "a thing", like a set kind of art or way of expression, so he was more free to explore and see what happened. "It was a dream come true," says Bell of his time in Captiva. His Dad sent out a bunch of art supplies, and Bell just got to work using any and everything, from watercolors to oil to photographs to whatever. The namesake work in the show is called "Ollie" and is an image created by Bell actually rolling his skateboard through ink across paper while doing an Ollie as his victory lap for the program. This piece was done the very last night of his residency at the Rauschenberg Foundation, and set him on his way. 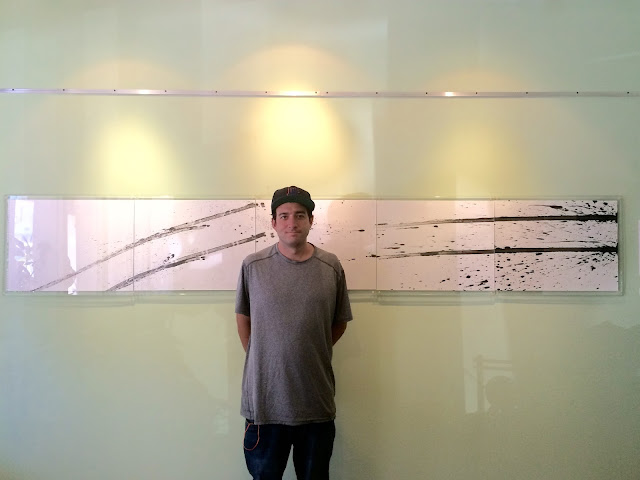 ETC Art Gallery has been open in the Dogtown Realty offices for the last year, and curators Leslie Heinze and Jeremy Ryan have created a home for local artists, often from the surf and skate genre that the landmark space helped to originate. Thus, it's fitting that they would be the ones to host Bell's first solo show in the area. 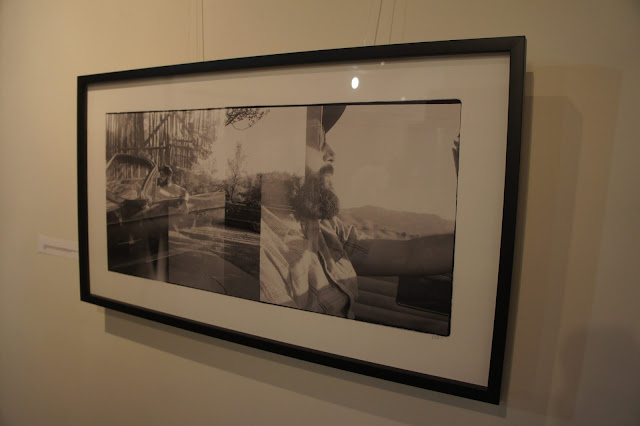 Photographs, paintings, video installations and mixed media make up the show that clearly reflects Bell's true love of skateboarding. "It's like when I opened a skate magazine as a kid and it blew my mind, that's how I feel about skateboarding and art ... you can always blow your mind." 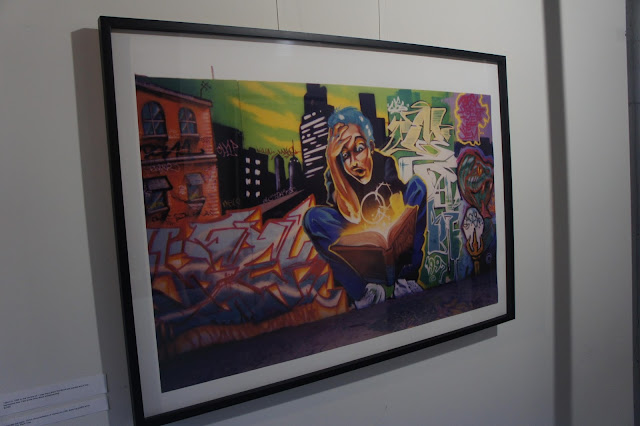 Bell took a photo of a mural that he loved of the Venice skate pit in 1999 when he was 16 years old. He recently found out the mural had been done by street artist Mear One, and the full circle was completed when Mear One came to his art opening and saw that long ago photo of his mural. Perfect. My favorite piece in the show is an homage to his inspirations and skating, a board filled with photographs, skate decks (one colored by his baby nephew), and other ephemera all depicting a life of skating and art. 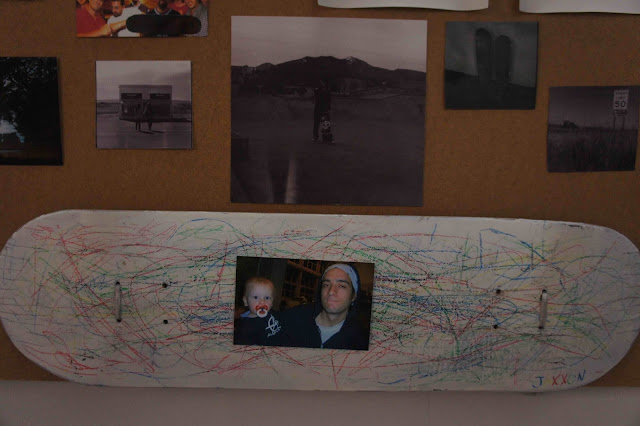 Another great photograph is called "Burlesque" ... 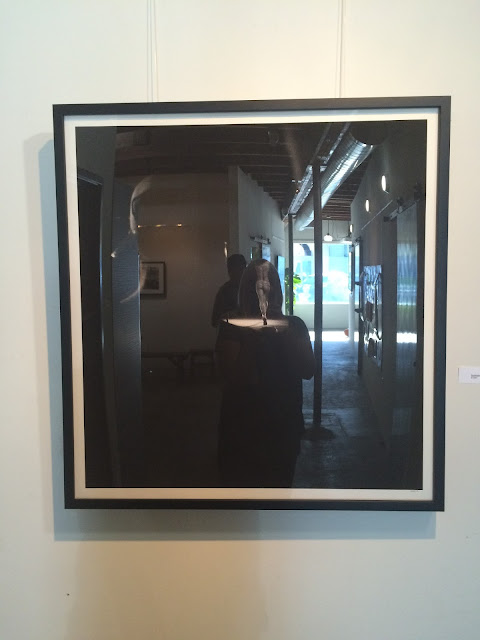 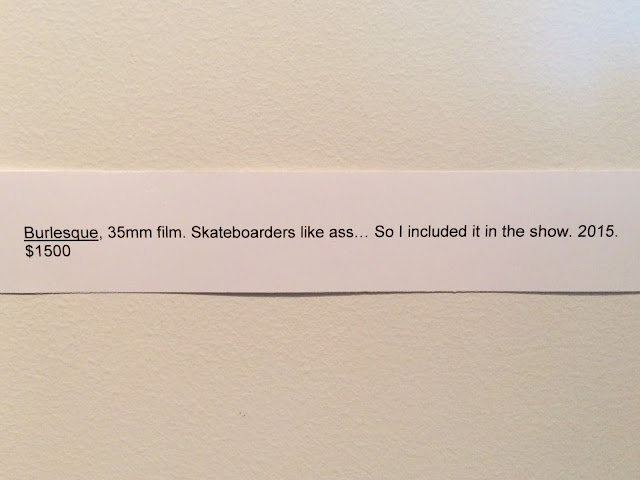 Classic. And true, in my experience.

We talked about Venice, with Bell saying about recent changes, "Change is both good and bad, but it's a huge bummer to see people being displace by money ... I love that skateboarding is embraced, though I liked it better when we were outlaws ... now we're all good guys with art shows." That's pretty true, as is the fact that "People like Block at Venice Originals and artists like my Pops are still keeping Venice, Venice." ... And we need them now more than ever, as we do shows like this that show our both our history and a way of making the future still be cool. 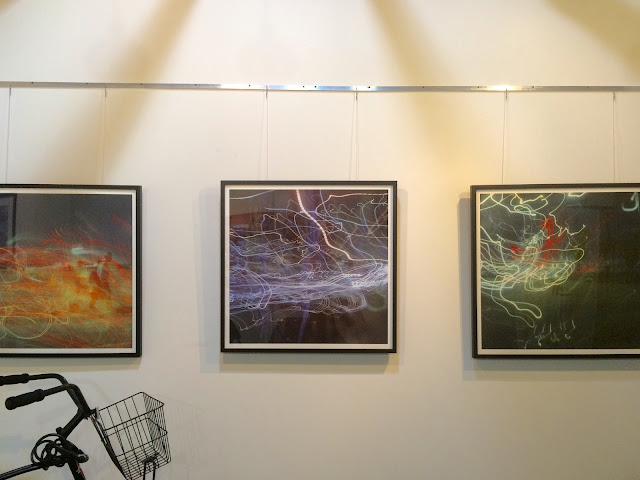 Asked if Bell wanted to add anything to his story, he shrugged and simply said, "I love Venice dearly."

And that's why you will love this show, and the art of Oliver Bell. 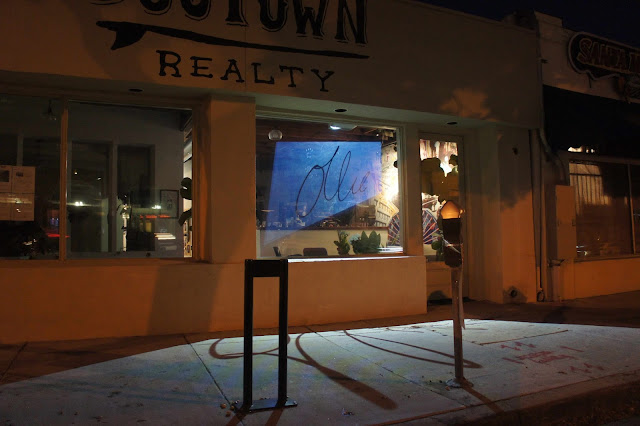