We've been eagerly awaiting the re-opening of The Rose Café (established in 1979) in Venice (now called "The Rose"), and got in there last night to check it out. I'll have to reserve judgement until they're totally up and fully running, but so far ... we miss the old Rose. 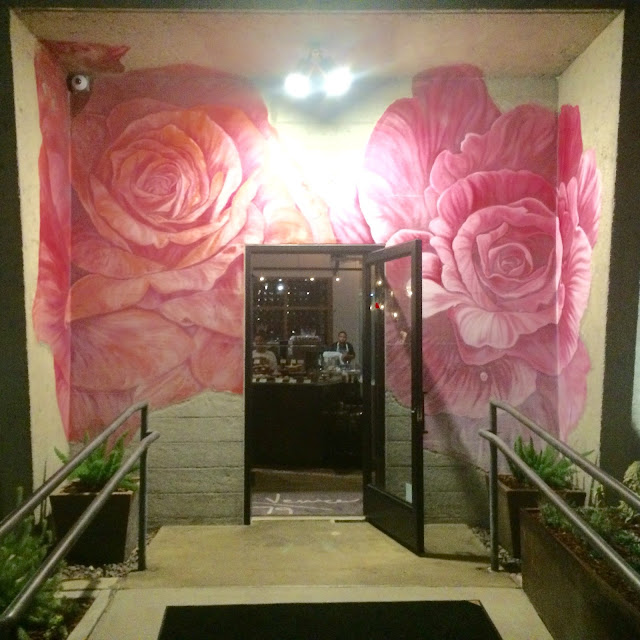 My friend, Nori, is currently using a cane post foot surgery. We pulled in to The Rose parking lot, and were told by the valet that the first hour is free, and after that it's $9.00 per hour. Even for hobbled people with canes. Gone is the kindly old valet that charged like $2.00 for all day or something. Yeah, no thanks. We parked on the street, and Nori limped along for two blocks.

The space inside is lovely. There is no gift shop now, and in its place is a big, full bar. That's great, though I did love that little shop and its unique cards and gifts.

I guess it's the same owners, but they clearly want to capitalize on being Google-adjacent, and the homey old feel of the former Rose Café is no longer. It's pretty slick, and obvious that they want to compete with Gjusta down the street, with the same various stations for pastries, to go food, and all that. 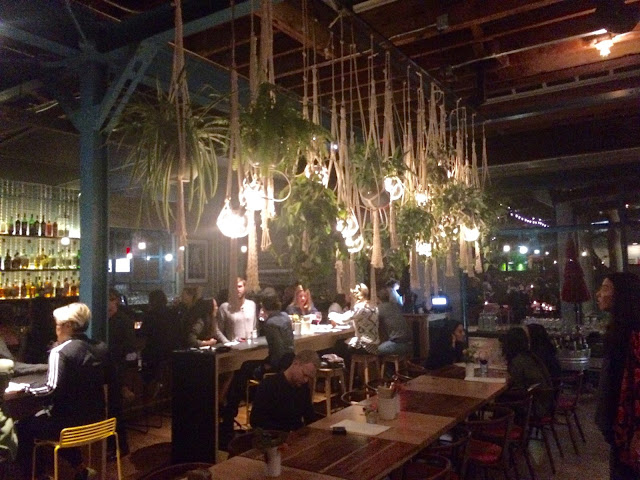 The servers (very nice, almost ass kissy - which I get, they're new) referred to new Chef Jason Neroni as "Chef", which I always find slightly off-putting. "Chef likes to serve ... " I get that hierarchy stuff in the kitchen, but let's cool it on the aggrandizing, because, frankly, we didn't really like the food so far. At all. They won't be serving the full dinner menu for a couple of weeks, but what we had from the bar menu was really not even ok. We wanted the pizzas we'd seen posted on Instagram, but were told those weren't available, and we could just get cheese pizza by the slice. Out came a super oily piece of what might have been a Stouffer's French Bread pizza. Thick. Overcooked.

The sashimi Nori ordered was really good, but a little, tiny plate of it. The sheep's cheese we ordered came in a soupy Chef Boyardee-style sauce, with a tiny hunk of hard bread on top all sticky from the gross sauce. We tried to get at the cheese without getting sauce on it, and there was not enough bread even for that. We asked for some more bread - as it wasn't nearly enough for two - and were later dismayed to find that that "side of tiny bread" was $5.00 on our bill, which was not relayed to us when asking. The parking costs two tiny loaves of bread! Ridiculous.

We had fried chicken with a lot of gristle and a sauce drizzled over it that when I scanned my taste memory, the closest thing I could come to in describing it to Nori (not a meat eater) was vomit.

The wine pours were tiny, and honestly, the only thing we liked was the coffee shop type lemon bar we had for dessert, because that was the only thing that sounded good or not like breakfast. Oh, we also liked the decor and the patio, but where we sat was right across the street from Google, who seemed to be hosting a YouTube kids show, and all we heard throughout dinner were little girls screaming like they once did for The Beatles. Times have certainly changed at The Rose.

We relayed all of our concerns to the servers, who were lovely and gracious, but the one probably set herself up when she asked us, "Is everything amazing?!" The long pause was almost answer enough, but Nori cracked me up when she replied, "Amazing might be a little strong." Speaking truth to power. 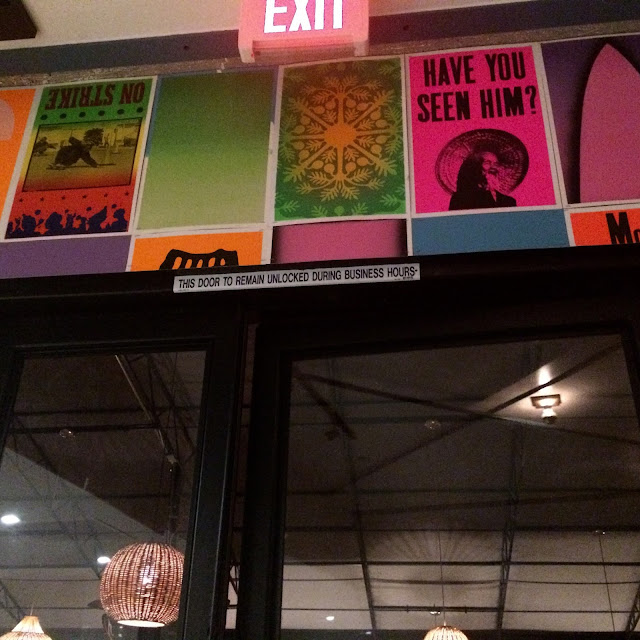 I hope The Rose settles in and works it all out, because it's always been a great meeting place for the People of Venice, and it's a gorgeous space. I just hope they don't forget that people loved their old Rose Café, and we're still here, Google be damned.

As we hobbled back along the two blocks to Nori's car, we just kind of had to laugh. And hope for the best.