It was perhaps the most perfect day for our Abbot Kinney Street Festival that has ever happened. Simply gorgeous ... bright blue skies, warm sunshine and a breeze right when you needed it all combined to welcome the masses to Venice for our annual jamboree. It was a complete blast. As usual. 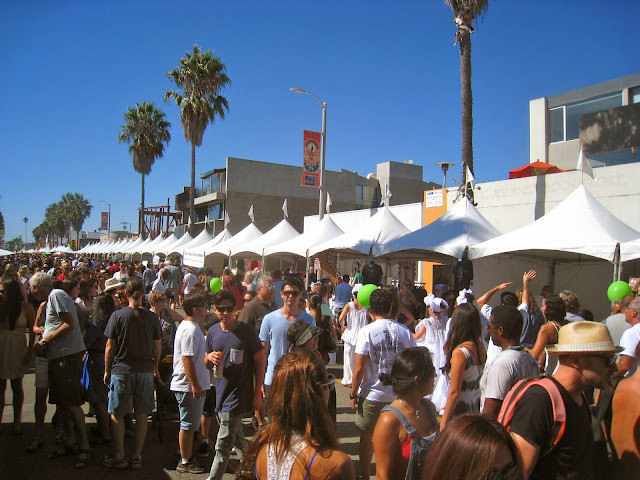 I spent a good chunk of the day at the Free Venice Beachhead booth, meeting neighbors and discussing the things that concern, bug, elate, and mean something to our community. The big talk was about the proposed hotel on Abbot Kinney - that absolutely no one seems to want. Including me. I kind of got a kick out of the fact that as I use my initials in the paper, some readers have assumed I'm a guy. I'm a lady, and it was nice to meet so many kind readers. I always say the AK Fest is like Venice Thanksgiving, in that you see so many faces that you haven't seen since the previous year's throw-down. I love it. 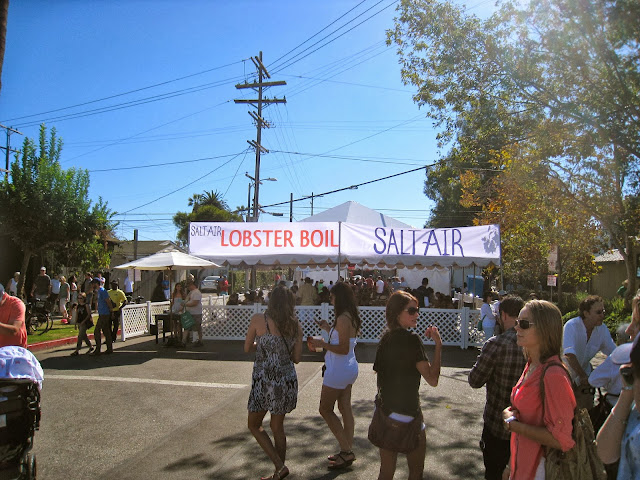 The Jesus people had a strong presence this year, walking up and down the Boulevard with big signs and loudspeakers telling us all what sinners we are. True enough, but obnoxious, and probably not that effective as everyone seemed to be simply ignoring them. 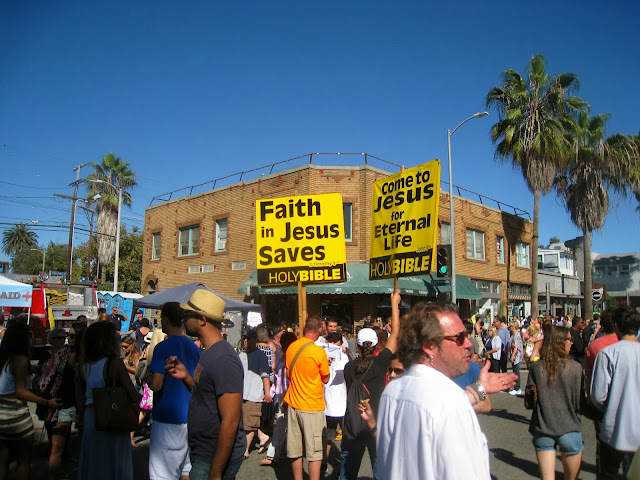 I love the moment when you hear drums approaching in the distance, and soon enough the samba school line dances past and invigorates everyone clapping alongside them. It's a great tradition, and full of the fun spirit of the day. 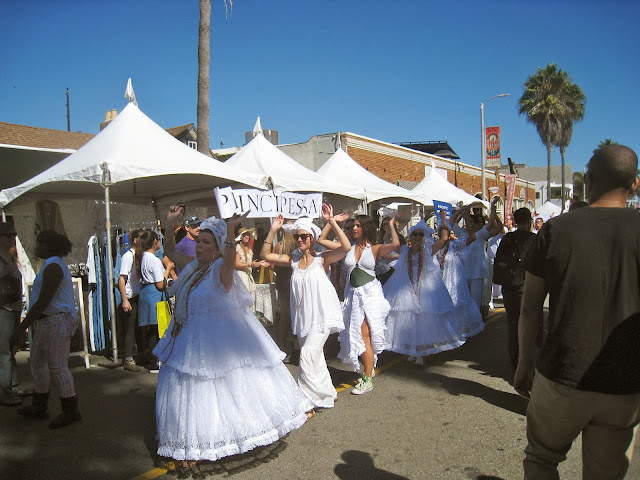 Beyond Baroque had a stage where folks could get up and read one of their poems, even if nobody was listening. It's so great that we have an organization devoted to poetry, and that we have so many talented people willing to share their most personal work, as the microphone was never unattended every time I walked by. 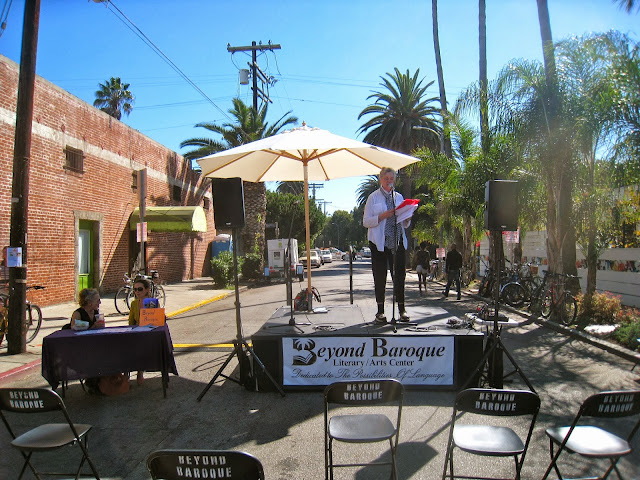 There was a lot of head-wear for sale at booths this year, flower crowns, hats and the like. Jewelry was another big presence this year, and art, t-shirts and stuff for the kids were the other big draws. Long lines for food, and the rumor that it cost $25 just to get a wristband to get into The Brig's beer garden, that did not include any beers. Um ... Yeah, no thanks. I can find my own, and better party. 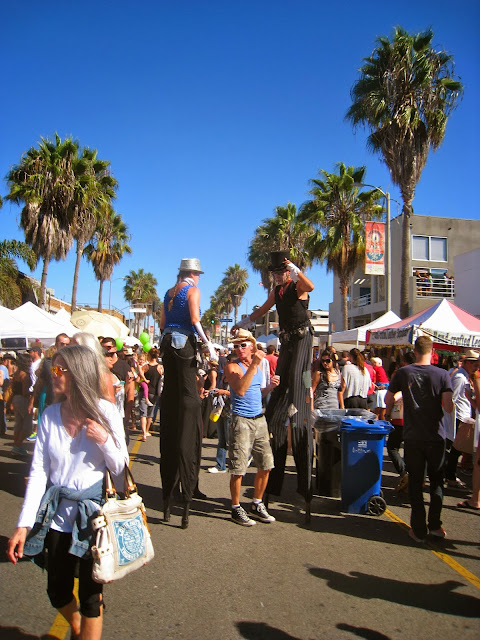 Which we did at Aust, the new Australian clothing store tucked in behind the beautiful Fiore flower shop. As once again this year it seemed that the downtown p.r. people that have been hired to handle the AK Fest forgot that Venice people like to listen to Venice bands at our own Festival. This did not appear to be be possible on any of the official stages, (except for the awesome Superbroke Orchestra that I heard I missed, dangit!) so Aust had a bunch of locals play right there at the store. 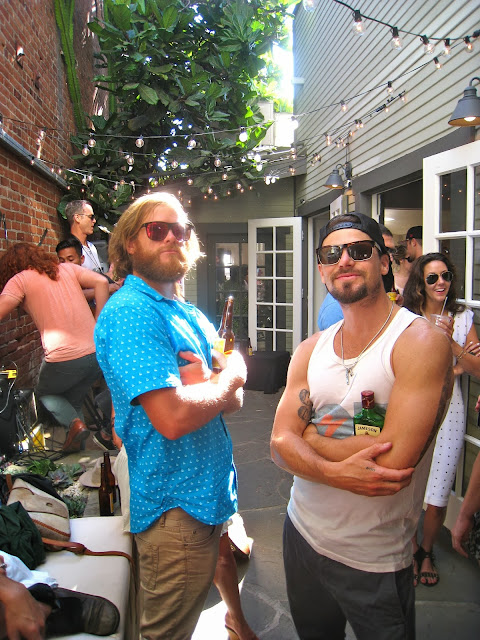 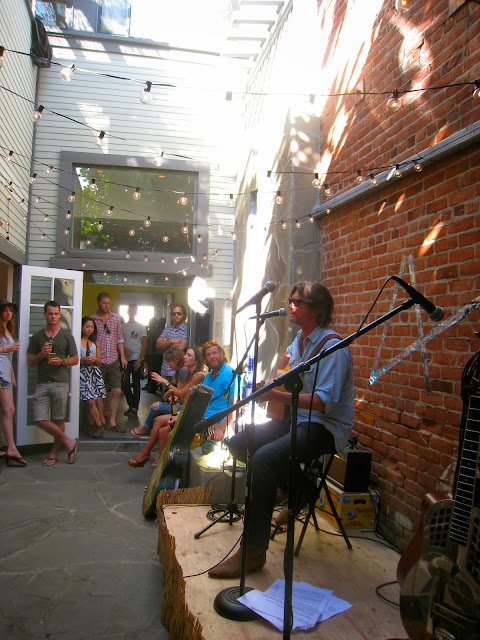 Lacey Cowden played her stellar songs of love and redemption to a rapt audience. 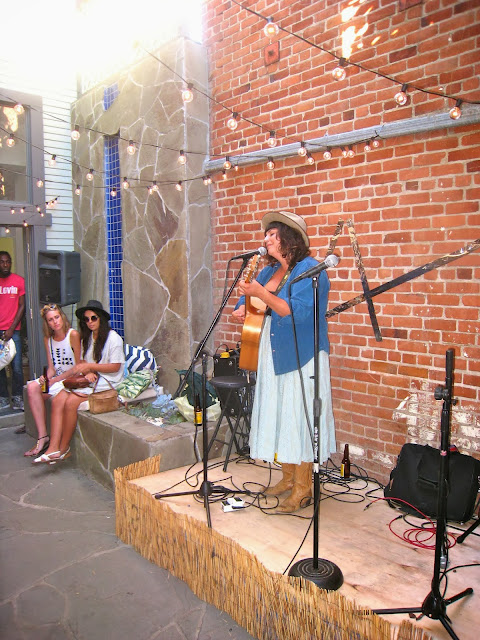 J.R. Reyne rocked the place, as did Clayton Joseph Scott, while the party out back behind the store grew and grew as more neighbors heard about friends playing at the Festival. 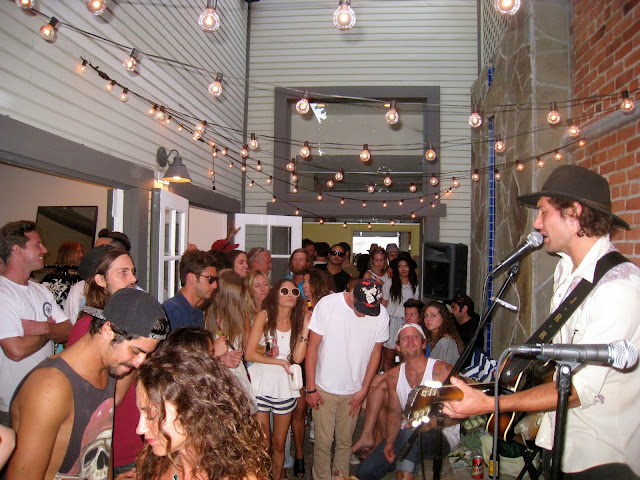 After a bit, it seemed like it was all that was going on in town, even as the jam-packed street continued to flow with people out front until after the sun set. 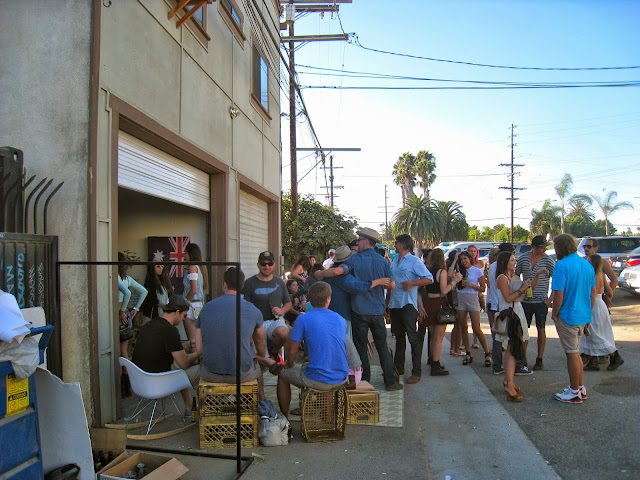 The Police did their end of Festival sweep, and the tent poles soon began clanking down. It's pretty impressive how quickly it all just disappears, including the people that split off to after-parties or to catch the Breaking Bad finale. 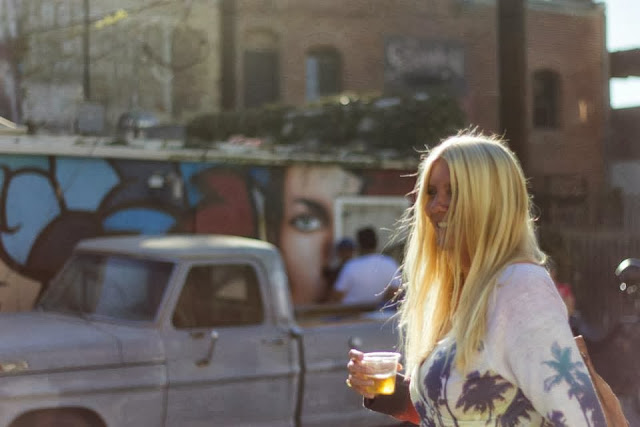 Another beautiful day in Venice, on the books, with pictures, laughs and memories enough to last us until next year. Cheers to all who helped put on another wonderful Street Festival!

*Photo of me by Emma Leslie