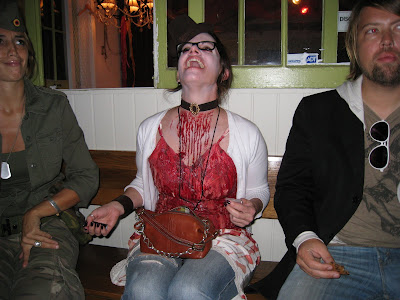 Then yesterday, on real Halloween, much like Linus and the Great Pumpkin, my hope and appreciation for the holiday was completely restored. We went by my neighbor, Calico Jack's, party and had some hot cider and treats, as the pre-trick or treating excitement built for the kids. Then off to Meenoy and Marcia's party on Abbot Kinney, where we had some delicious pumpkin soup, and some cauldron type drink made from black vodka. Then, as Rialto was right across the street, we thought we'd walk over and look at the decorated houses. Last year it wasn't as big a deal as it has been in years past, but we thought we'd at least check it out, disappointing or not. 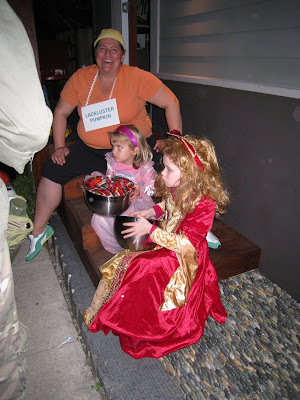 Well, not THIS year! It was the absolute greatest. Almost every single house had FULLY decked out in Halloween mania! There were a TON of kids, one more darling than the next (Chubby Batman boy was my favorite, though a garden gnome gave him a run for the money. My sweet two year old buddy, Quinn, was Tattoo from Fantasy Island, but I didn't see him live, so he just gets honorable mention here now). It was like Norman Rockwell painted Halloween, so adorable and wholesome feeling was it all. 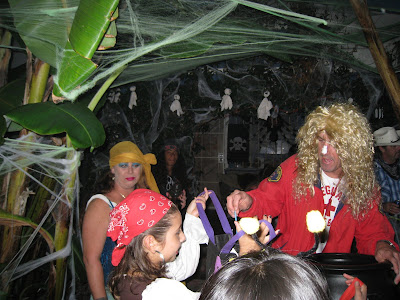 Everyone was smiling and having a great time, laughing, sharing and making sure the kids got plenty of candy. One high hedge turned out to be alive - and scared the pants off passersby - as the guy that lived there entirely camouflaged himself into the hedge and would pop out to scare whomever he chose. One in our party may have a new hedge complex as a result. 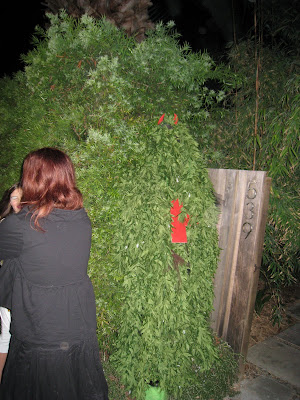 As it is Venice, sometimes it's hard to tell if it's a person's regular getup, or a costume, so you have to be wise in what you say. There was so much, as I called it, "School Spirit" last night, that I was beaming with pride in my community. That never mind our differences, politics, local scandals and problems, we still know how to come together in the spirit of FUN. 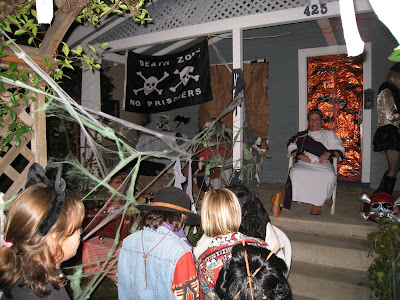 I remember once in college, a friend's boyfriend went to the store and bought every glow stick the place had in stock, dropping a lot of money on them. He came back and we cracked open every one of those things and flung it all over the walls, a ball, and each other (mmm, probably kind of toxic ... shrug), and made up a wild game of indoor glow in the dark tag. When we were all agape at how much this guy had spent on it all, he replied, "Hey, there's nothing worse than running out of fun." I never forgot that. 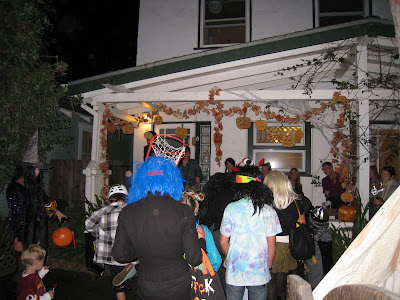 That was the feeling around Rialto last night too ... you could tell some folks had gone for it at no small cost, adorning their homes in Halloween regalia, getting copious amounts of candy to share with neighbor kids, or creating the trippiest possible costume (a GREAT Avatar won my personal mind's contest). But it wasn't at all about the money spent, it was entirely about the feeling of community, and of recreating the very best parts of what we all loved about Halloween as kids. You could just FEEL it ... smell, taste, hear and see it too. 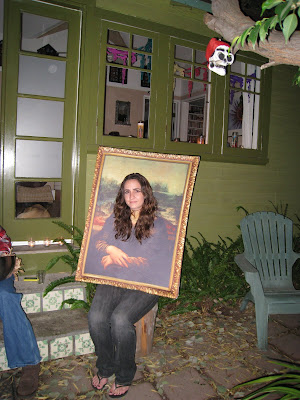 And so my Halloween spirit was restored ... beyond. I loved every bit of it. Even though every day we can bitch about something, complain about society's ills, and choose to focus on the negative, we can also choose to rise above it in the name of a good time. 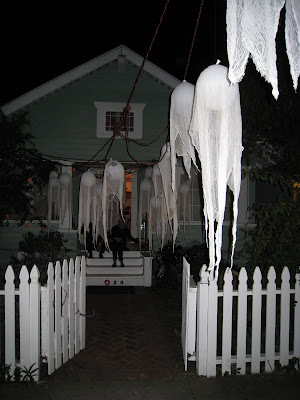 After last night, I feel pretty confident that we're all good in the fun department. No matter what happens, it was a good reminder, like my old friend said, that there's nothing worse than running out of fun. Let's do what we can to ensure that that never happens around here. 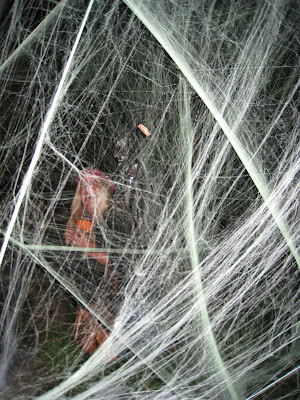 To the good people of Rialto ... THANK YOU! You made me love Halloween again. I might even believe in The Great Pumpkin now. Wow.
Posted by CJ Gronner at 2:26 PM