I got a text from my dear friend Troy this morning that Wabi Sabi (It's always Wabi Sabi to us) had gone up in flames early this morning. The news spread like wildfire itself, with the whole Venice community gasping and wondering what happened. 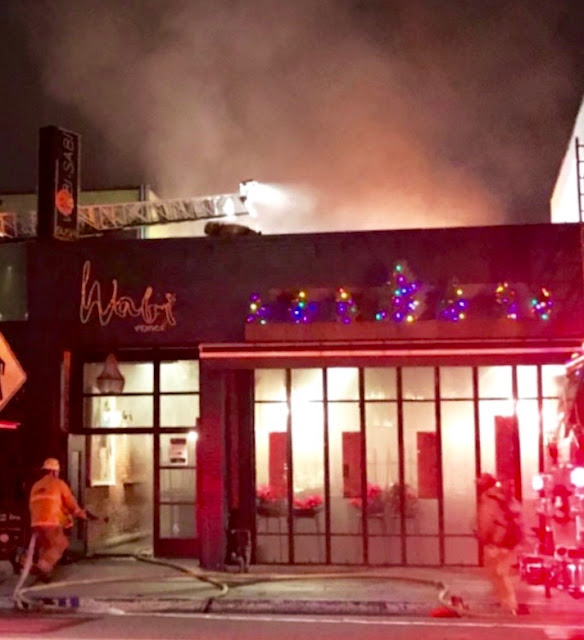 The fire is suspected to have been caused by an electrical issue, and the only good thing about it is that no one was hurt and it happened when it was empty. The buildings on either side (Tasting Kitchen and Gorjana) seem to be fine, and all three were probably saved by the fact that the atrium in the middle of Wabi has ventilation for the flames to go up and exit through. I talked to Troy and some other employees and they hear that the popular and beloved Venice eatery on Abbot Kinney will be reopened by New Year's - at least the bar part. That seems mighty optimistic based on the photos they sent me, but I'm all for optimism. 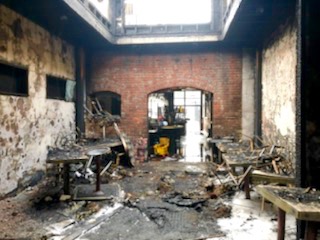 The holidays always make me a little nervous about fires, with dry trees and lights and candles and drinking and all of that, but electrical fires seem like they could/should be avoided. The extra sad part about all of this is that it IS the holidays, and now there are a whole bunch of people without work. Here's hoping that insurance will pay them while the place is being rebuilt ... and/or that neighboring businesses will offer them to pick up some shifts with them, as has happened in the past in other circumstances. The hospitality industry is pretty good about looking out for each other, so I feel good about that being the case. 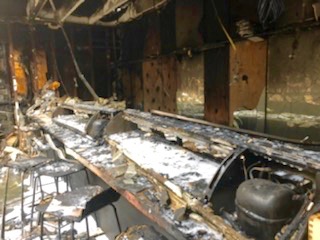 Wabi Sabi has been a neighborhood hang for a good long time now, and an excellent member of our community. They host local artists to show their work all of the time, complete with receptions for the aritst. They donate to community events, and even gave a gift card for my own silent auction for our 90291: VENICE UNZIPPED documentary. It's one of the few places on Abbot Kinney that you will still see old school locals, especially after the original Hal's closed. The Wabi folks are good people, and they care. It is my hope that the community responds in kind now that Wabi could really use it. 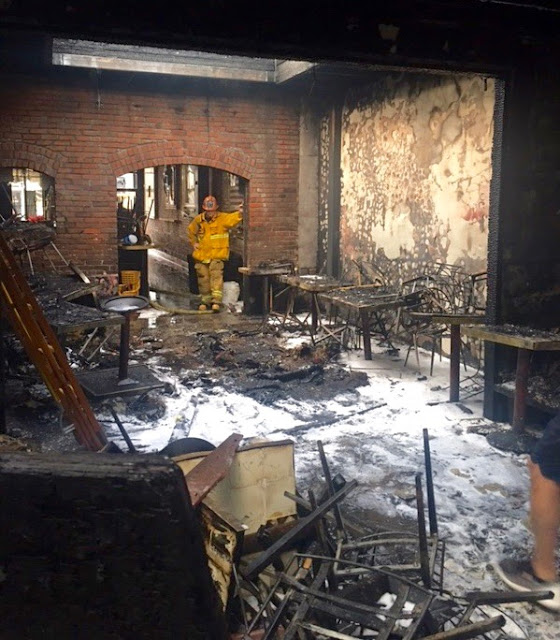 I walked by a while ago, after the flames had all been doused, and it doesn't look as bad from the outside. I was told that the hot kitchen is fine, and that the bar was still fairly intact, so they may be able to open that part sooner than the rest, which could just be walled off while being fixed up. I hate to think of all those beautiful plants hanging in the atrium all ablaze, but that little zone is really most likely what kept it from being far worse. Wabi Venice will rise again - and we'll all be there to support them and celebrate the Venice spirit that will not keep them down. A sad day for Wabi and those who love it ... but also yet another reminder to support and care about the people and places you love WHILE you have them. 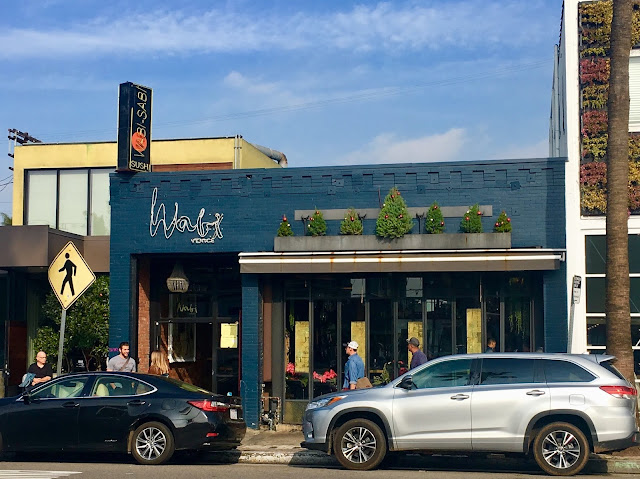 We love you, Wabi! We'll be there right when you open those doors once again.