An Art Benefit For Planned Parenthood In Venice - Women Power!

There was an art benefit at the WNDO/Budman Studio on Vernon (that still has a lease sign on the front after kicking all the artists out last year) held last night to raise funds for Planned Parenthood, and it could not have been timed any better. Venice artists came together to show their art and support the more important than ever Planned Parenthood organization. The whole world is abuzz with the "news" that Harvey Weinstein has been sexually harassing women for decades, which only sheds more light on how women continue to be mistreated. There is far more regulation over our bodies than for the guns that are used in mass shootings all the time, and we're fed up. We're taking matters into our own hands. From the wonderful Women's March in January in opposition of the awful current administration, to last night's focus on Planned Parenthood, this has been a year that has shown the endless power of Women united. 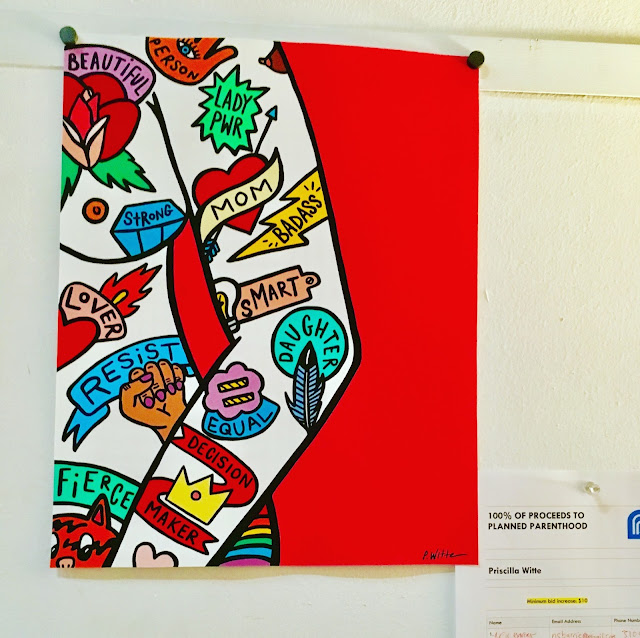 The news cycle is all about the filthy Jabba the Hutt resembling Weinstein's predatory ways, but every woman in the entertainment industry has a story. Many of us have several. I know I do. There was the film director in Minnesota I met at a local event who invited me back to a crew gathering in the lobby of their hotel. I was fresh out of college and trying to get a foot in the door of the film industry that I loved, and was eager to make connections that would lead me to work when I made the move to Los Angeles. I arrived at the hotel to find the lobby bar empty. A woman working at the front desk told me the party had been moved up to the director's room upstairs, and gave me the room number. I took the elevator up, and knocked on the door. The director answered and invited me in. There was no one else there, because "they were all tired and left, but would you like some wine?" I uncomfortably said sure, because I didn't want to offend this guy that could easily give me some work in the field that I loved. He went around the corner to presumably get wine, still talking the whole time, as I sat there, fully bundled up for the Minnesota winter, mittens and all.

He finally came back around the corner of the bathroom hallway, fully naked, with an erection and a wine bottle. I immediately stood up and said I had to go, with my mittens raised in the air, like "Whoa, dude." I walked to the door and sped down the hallway, with the director sticking his head out the door, telling me to call him. I couldn't believe it. But I could. He left several messages after that, and I returned none. I never got a job on that film. I saw him years later at a premiere in L.A., and avoided him completely, but I know he saw me. I still had the creeps years later.

I had another female boss that I lived with in Hawai'i (bad decision) - until her live-in boyfriend hit on me, making a bad situation worse. I had to move out in the middle of the night (to crash with friends) when they were out of town, I had to leave the job and scramble for another one, and we never spoke again. 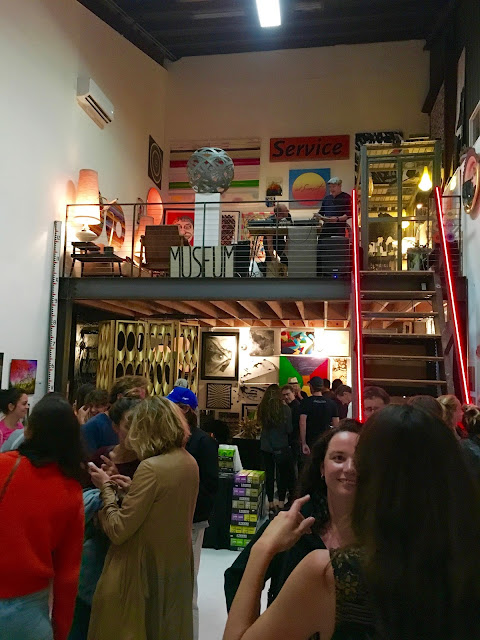 I helped host a party with a producer I was working for to honor Oliver Stone years ago. He arrived very late, and seemingly very coked out. I greatly admired his work up until then, and was honored to get to meet him. When I went to shake his hand, he grabbed my hair and pulled my head back with it, saying, "I love this hair!" As a hello. Because he was Oliver Stone, and he felt he could do anything he wanted, appropriate or not.

I've had too many meetings to count where you could feel the eyes roaming over you, as you just hoped they would talk about the merits of your script and not hit on you. One meeting stands out in my mind, where as I was going into the good part of my pitch, the guy interrupted me and asked me to come behind his desk and look at how good the view of Hollywood was from his office. I was like, "Yeah, I can see it from here. It's nice. Thanks. Bye." That was our last meeting about a script he'd been very enthusiastic about, and it has still not been made. *Female producers, we should talk! I could keep going, but I think the point has been made, and I'm getting nauseous and mad thinking back on this junk. I'm glad that I was born pretty strong-willed, and unafraid to say no. Many were not.

It's been an epidemic since film was invented, and as I said, every woman has at least one story. But when even the current President of the United States is a known and proven misogynist, the Boys Club thinks it's all acceptable. It is not. Nor is any man telling any woman what to do with their own body. I have a friend who was given a free abortion from Planned Parenthood, for all intents and purposes, saving her life. Women need Planned Parenthood. Women need support from good men (and I know there are some - some that were raised by good women). Women need to stick up for each other. To speak up when something is even remotely sketchy. To stand up to the b.s. men have been getting away with for years. To celebrate the absolute wonder that being a woman is! 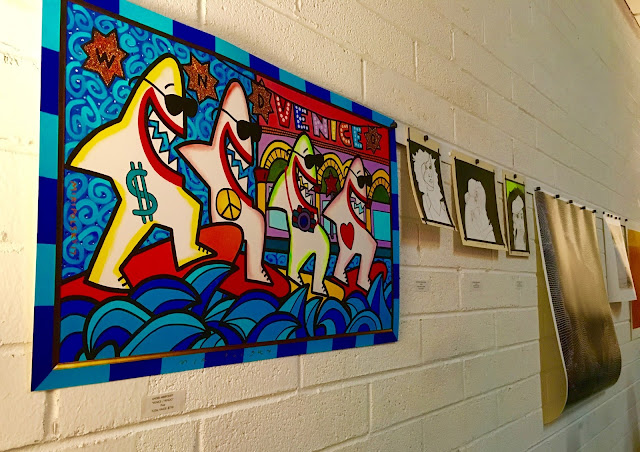 It feels like a big sigh of relief to be experiencing the flood of women sharing their stories, like nothing has to be hidden anymore, and no one is alone. And no one will be putting up with it anymore. Thank you to the organizers of last night's event for Women - and to all the women who are now putting their collective feet down and saying enough. We're all better than that.