When I arrived at the beach this morning for my foggy walk, I was greeted by the sight of a replica of the Vietnam Veterans Memorial in Washington D.C. Hmm. I'm not quite sure how I feel about this "Wall That Heals" being put up right in the middle of where so many people came to protest the Vietnam War ... and also where so many vets of that war have been left homeless and uncared for by the very country they went over there to protect. 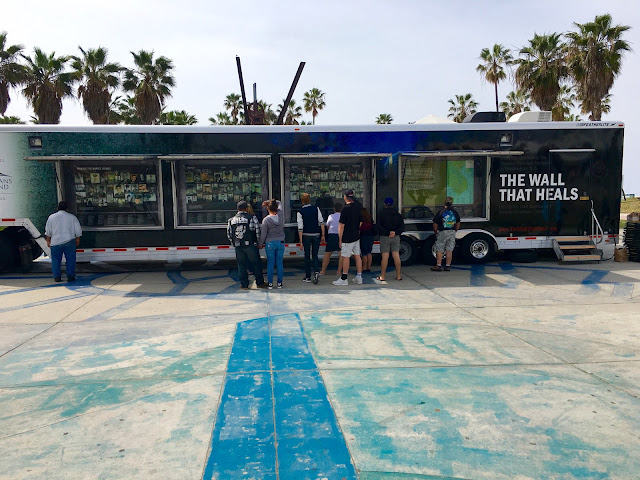 There are two veterans that stand with their signs on Lincoln Boulevard at the entrance to the 90 Freeway almost every morning, and they could probably use the time, money, and energy spent on a small scale fake memorial far more than tourists needing to snap yet another picture of a copy of something many haven't seen in real life. 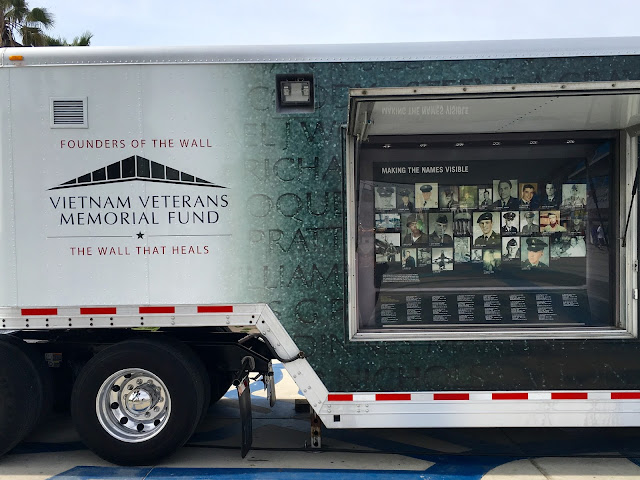 I've been to the real memorial in D.C. and all I felt was sad and angry, that so many lives were lost over such a corrupt endeavor ... and it's still happening. I've been very aggro this week (and apologize if I've come off as gnarly, but I feel SO strongly about making our world better, not worse.) , almost in a panic to get people out to vote and pretty much caucus-shaming them if they didn't ... because I can't sit by and be passive and silent and complacent when today's climate almost guarantees more war unless people can wise up and elect someone that actually truly does want to try something new - and obviously Senator Sanders is the only one even trying. 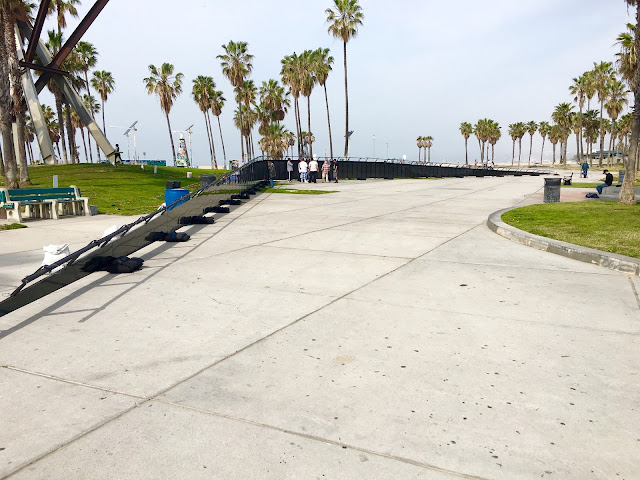 I've also been to the Walter Reed Veterans Hospital in D.C., and it changed me forever. It made me vehemently anti-War, and passionately pro-Humanity. I saw soldiers freshly blown up, scrambled, and pieced back together, with nothing but disillusion in their eyes. This was not what they had signed up for. And the vast majority of these soldiers were "minority" or from underprivileged backgrounds ... the very people still being tormented today by Republican front-runners and their followers, and even the Police who are meant to protect us all, but so often target the ones with darker skin. And it's not right. And I can't help but say something every time ... and wish more people did. 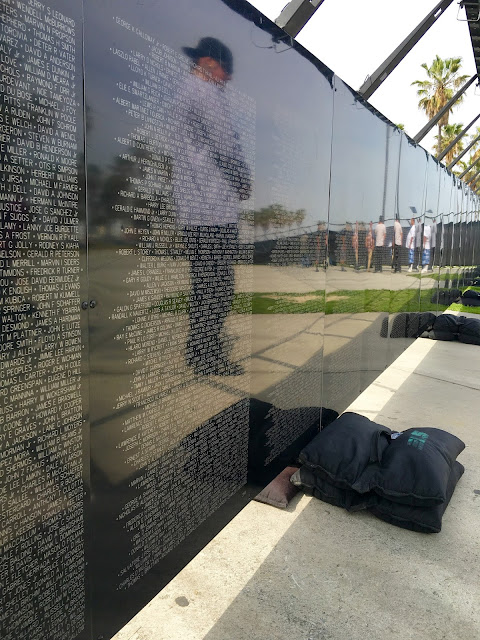 I walked by the memorial replica this morning, and got unexpectedly emotional. Not at the sight of an aluminum wall that super pales in comparison to drama and emotion of the real one (kind of like seeing the Statue of Liberty at New York, New York in Vegas), but at the very scary thought that this really could happen all over again. If we're not careful. If we're not vocal. If we don't exercise our rights to vote and choose sane leadership. I don't know how "Healing" this wall of pain can be ... but at least there's a little mobile museum there to try and make people think. 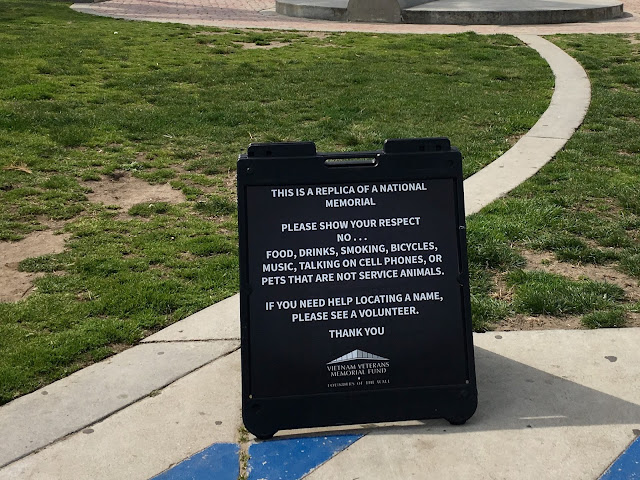 I walked away, a bit uncomfortable at more reverence being shown for a fake wall than our fellow citizens sleeping in its shadow. I think we'd do better honoring our Veterans by taking care of them when they get home vs. carting a memorial replica around to remind us of how we've failed so many of them. Whatever goes down in this country, I'll still be the one putting flowers in rifles to honor those who fought my kind of fight before me.

The Wall That Heals is on display at the beach through March 6th.
Posted by CJ Gronner at 2:24 PM