The streets of Los Angeles felt pretty empty on Rosh Hashanah, but that wasn't the case inside The Hollywood Palladium for the Matisyahu show last night. It was packed with people feeling the positive vibrations, kicking off a HAPPY Jewish new year.

My dear Stephanie Hobgood recently groomed Matisyahu (Matthew Paul Miller) for the premiere of his film, The Possession, and it turns out that the guy that who had been buried under all his Hasidic beard and hair, is extra handsome. They invited Steph +1 to the LA show, and though I'm pretty much a Studio One reggae purist, I wanted to check it all out. What a good decision! We got there in time to see openers Dirty Heads, who were stirring the crowd up, putting them all in a good mood. 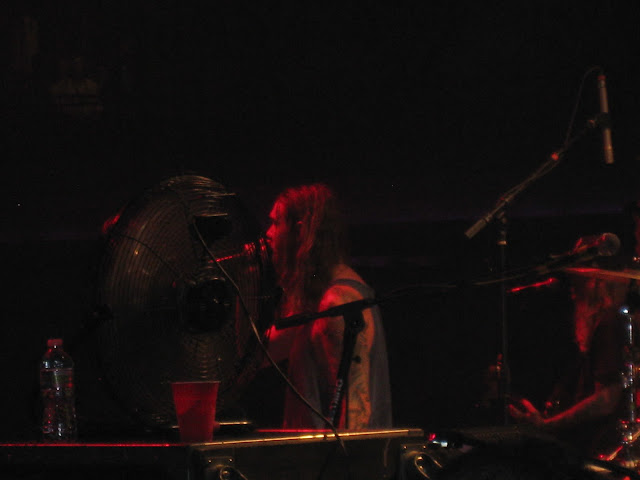 It wasn't hard to be in a good mood either, as it was a gorgeous night out in L.A., and the staff - to a person - of the Palladium were all charming and helpful and lovely. I can almost never say that about a show venue around town, and last night even the usually dickhead security people were dolls. The whole staff should get raises, and I told them all so. 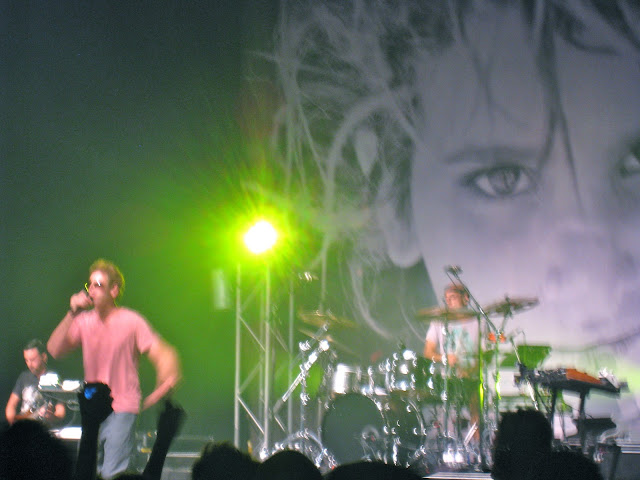 We cruised around, making new friends, and were on the side of the stage when Matisyahu came out to join Dirty Heads on their single now blowing up KROQ, "Dance All Night". Even the crew were surprised by this joining for the duet, to say nothing of the enraptured crowd. It WAS dope. 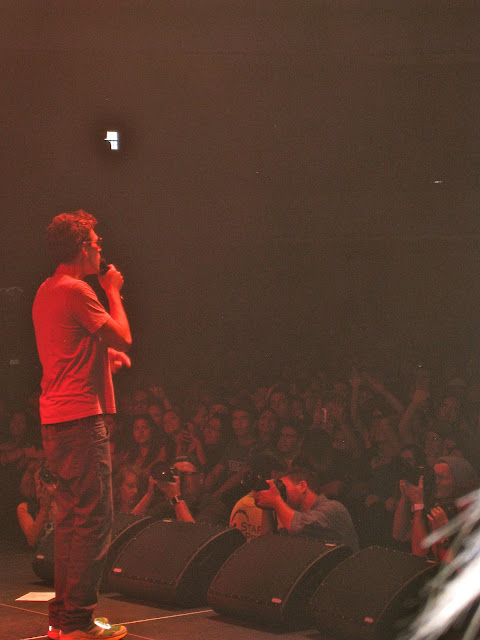 I was really only familiar with the big singles from Matisyahu, so it was great to learn more about him and his music, which ranged from Enya style chants with the reggae beats, to some full on hard rock shreds that his band tore up. The bass was so heavy I felt it in my heart, and my hair was blowing from it way out in the middle of the crowd. Who knew? 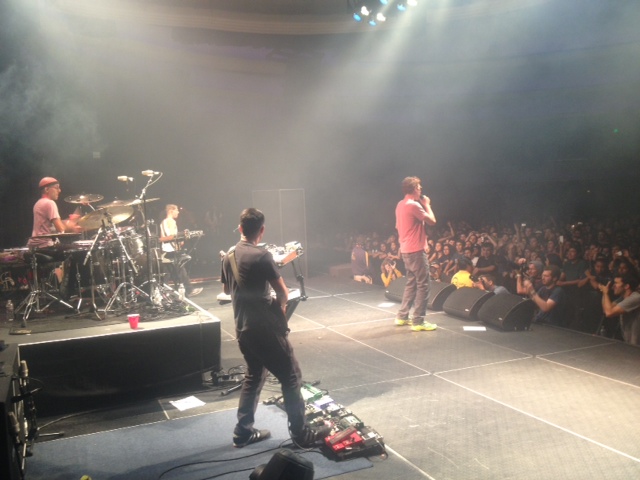 Speaking of the crowd, it was very diverse, though surprisingly lacking in obvious Rasta men. Skinhead looking white guys sang along. Dolled up Hollywood blondes teetering along on their heels. Young hippie girls with string bracelets waving their arms and singing along to every word down front. Corporate looking guys. Obviously observant Jewish brethren. Chubby Mexican gangster types ... you name it. I was very happy to see that, as I can see where the Matisyahu story would draw more of a niche crowd, but that's not the case at all. EVERYONE loves good music.

I have to now go and really study the Matisyahu catalog, as the lyrics heard last night contained some deep ass knowledge, all while confidently rap flowing. His dance moves are very controlled and smooth, which seems to be the character of the man himself. 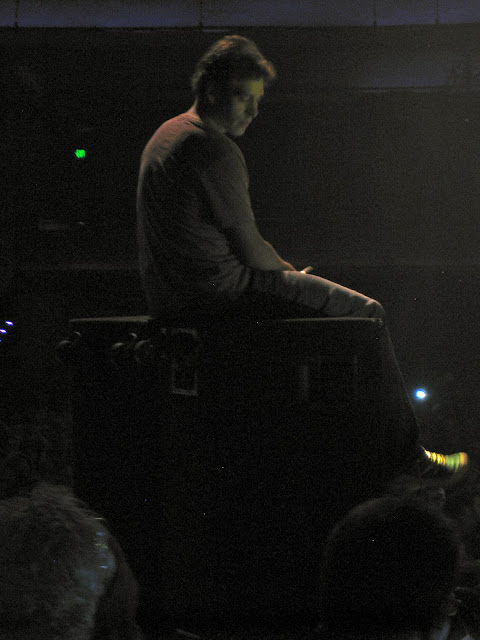 You have to be very controlled to observe all the Hasidic dietary rules and conduct regulations, and yet it also seemed like the guy would be a lot of fun to know and hang out with. 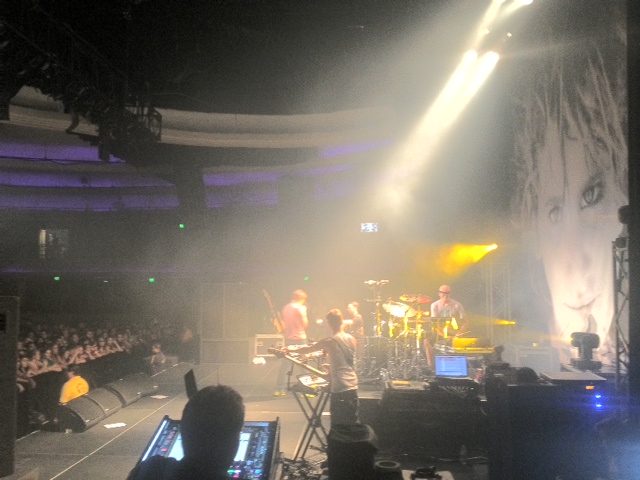 This was clearly evident when his friend, Kosha Dillz, came out (in his Star Of David baseball cap) to rap battle with Matisyahu, causing the crowd to go crazy. 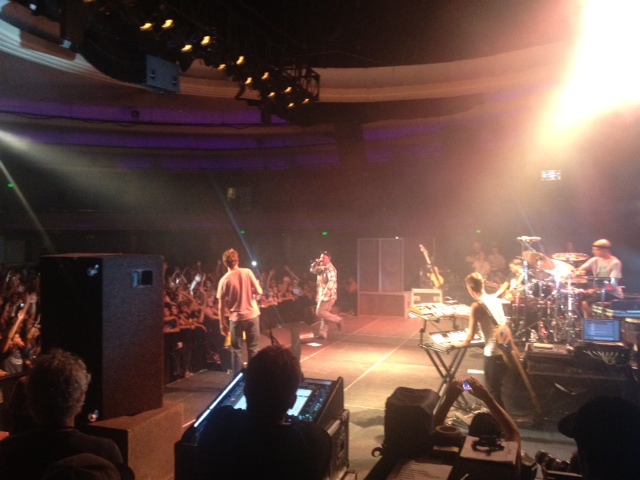 The guys exchanged freeestyle rhymes and had a blast doing so, you could tell. I was duly impressed. Kosha Dillz killz. 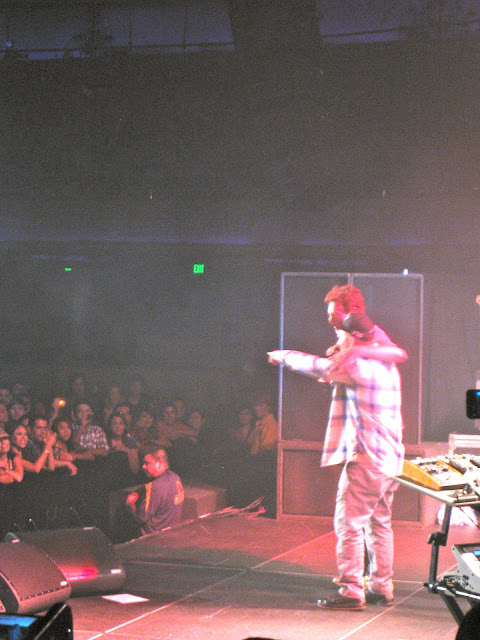 The weed smoke in the building was making it a very high holiday indeed, and probably helped to further instill the positivity being sung about. I liked very much how the mood would go from fully sunshiny reggae to heavy metal from one song to the next. His band, The Dub Trio, is TIGHT, and held it down all night. 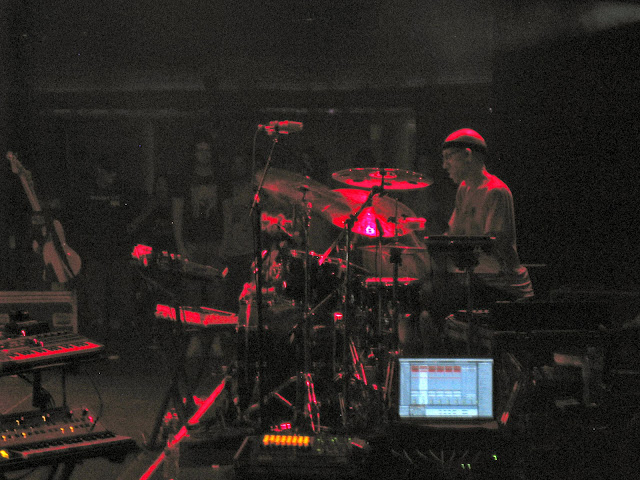 I mean, it's hard not to like the guy who sings in his single "Sunshine" (off the new album Spark Seeker): 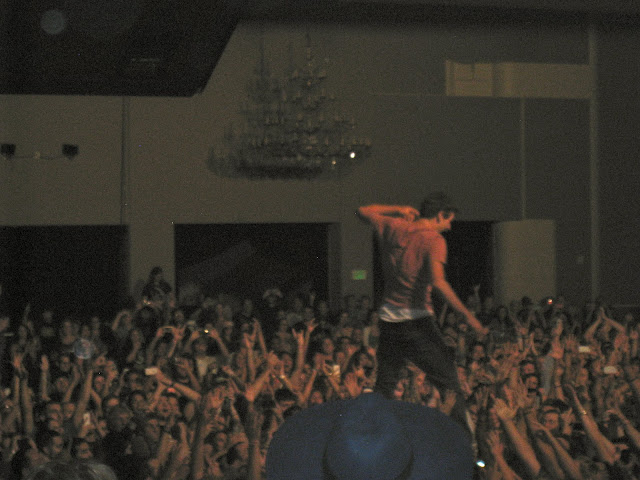 That is directly up my alley, as I'm sure you all know.  It's also hard not to like a guy who for his last song, the hit that he's most known for, "One Day", not only crowd surfed standing, but ended the night inviting anyone and everyone to join him up on stage (a page from the Iggy Pop and Tom Morello notebooks) for the finale. 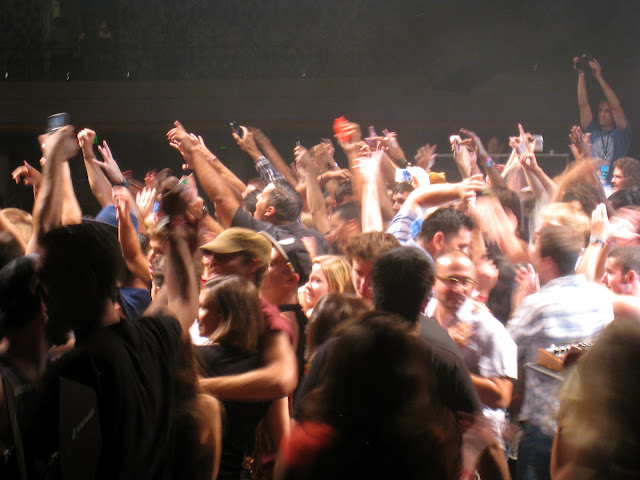 The smiles on all the faces would let you know how much everyone loved the show, but the best was in the bathroom line after the show when I heard a much older and grey haired lady sharing excited anecdotes about the show with a dyed red haired and tattooed young girl ... "I KNOW. He's so positive!" "How does he do that above the crowd stuff without falling?" "Well, everyone loves him so they'd never let him fall." "Well, I just loved him. What a wonderful show!"


*Photos by Me and Stephanie Hobgood