What a great week for reggae in Los Angeles! First Matisyahu the other night, and then the Easy Star All Stars last night! The Easy Stars are a reggae collective that rotates out singers and musicians on projects and on tour. They simply blow your mind on recordings, so I was beside myself to finally get to see them play live. The Easy Stars created one of my favorite albums ever - Radiodread (a reggae version of the entire OK Computer album that is GENIUS) - and they just came out with their new tribute album, Thrillah, after the Michael Jackson epic. A reggae beat makes just about anything sound great, but to hear these classics re-done with the Easy Star treatment is a study in creativity and positive vibrations. 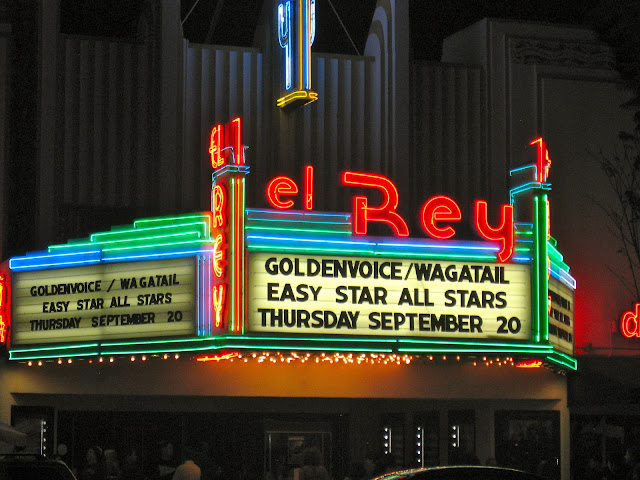 And positive vibrations were all you felt at the El Rey Theater last night. I'm flabbergasted at how in the groove the often jaded L.A. fans were - all grins and high fives and passing the dutchie to the left hand side - to strangers. All night. It was so fun, that I don't even really have that much to report, as we were squeezed in on the floor, balancing drinks, hands in the air, that my notes are completely illegible. Which is fine, since all you really need to know is you MUST get there if the Easy Stars are ever playing anywhere near you. For real. 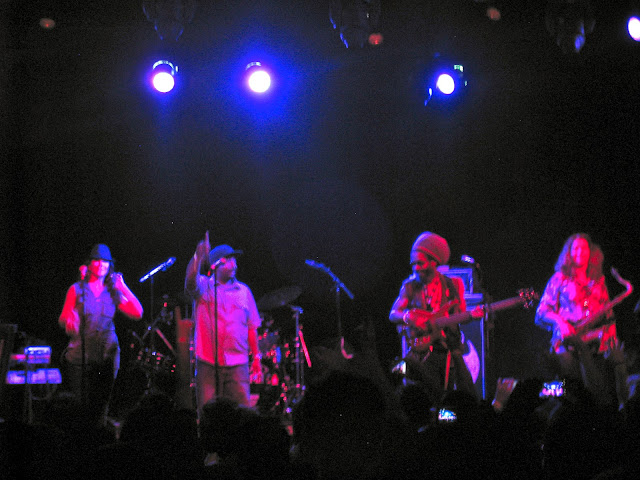 The openers were a band called Passafire, who I wasn't really into, mostly because it sounded so exactly like 311 that I almost thought it was a tribute band. "There is no oppression coming through", was one observation I made. You know what I mean? Not really a bad thing, and they were good, just not original enough to keep our attention away from just people-watching/chatting. 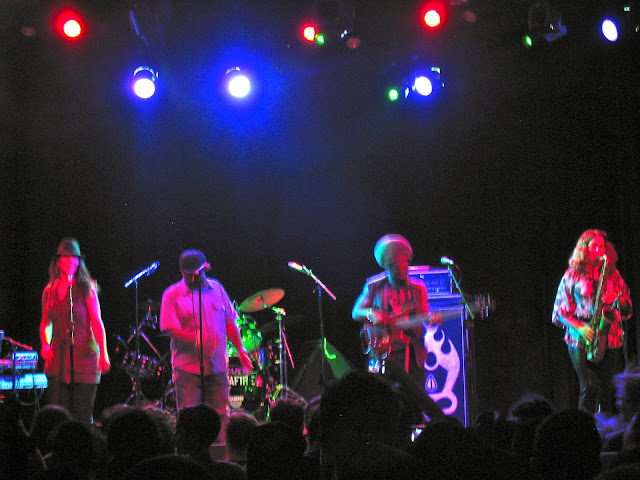 Speaking of the people, once again at a reggae show, it was surprisingly white in there. 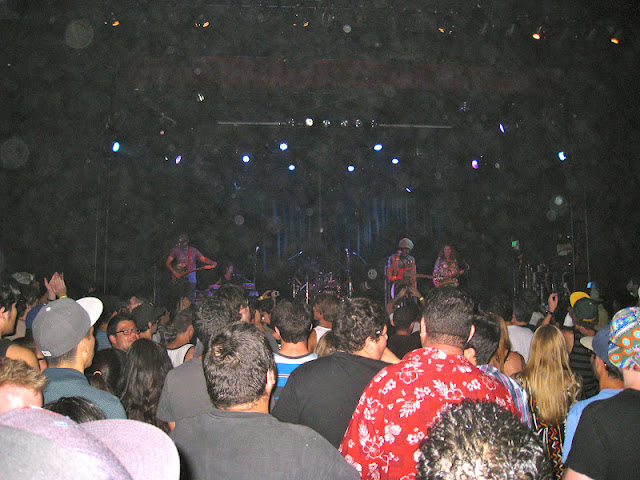 I sometimes think that when KCRW promotes things - and I adore KCRW - it brings out more yuppie types than the roots Rastas that you'd think would be swarming the show. Just an observation, but we did find it kind of odd. 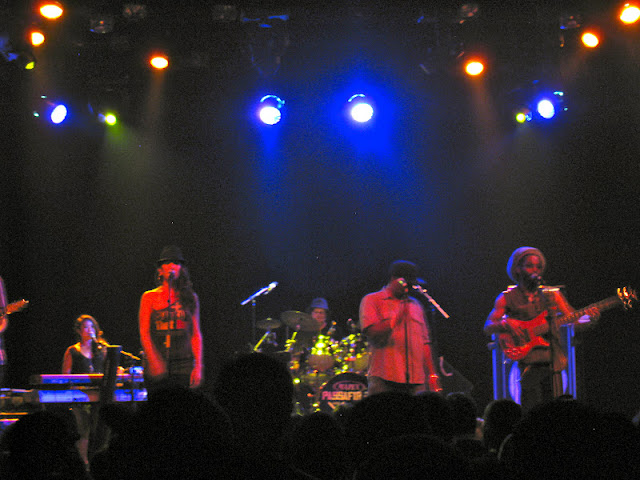 Who cares, One Love! That was the absolute feeling every second that the ESASs played. Happily, as this was the first time I was seeing them live, they played songs from their entire awesomely impressive catalog. So we got gems from Dub Side Of The Moon ("Money" "Us and Them") ... Easy Star's Lonely Hearts Dub Band ("With A Little Help From My Friends" "I forget ...") ... Radiodread!!! ("Karma Police" "Electioneering") ... the new jams from Thrillah, of course ("Beat It" "Wanna Be Starting Something" "Human Nature" "Billie Jean" "Thriller") and even a little acoustic "Redemption Song" thrown in for good measure. EVERYONE sang along on that one, of course. 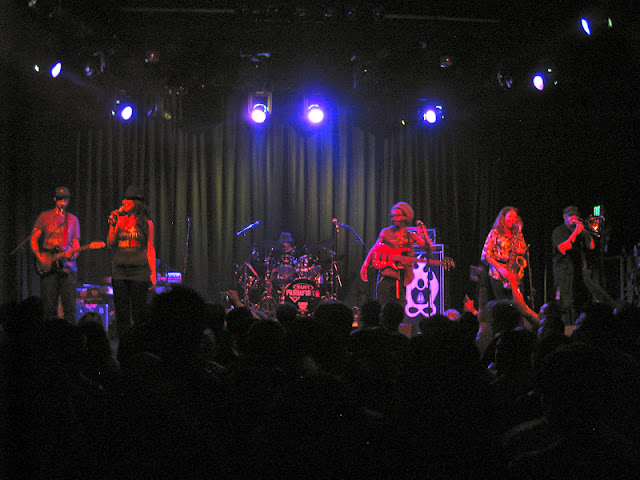 It was such a great time, the whole time, and I found myself trancing out in happiness often, as the whole place swayed together, awash in the stage lights. It was impossible not to dance, and finding one's own personal bliss came pretty easily. 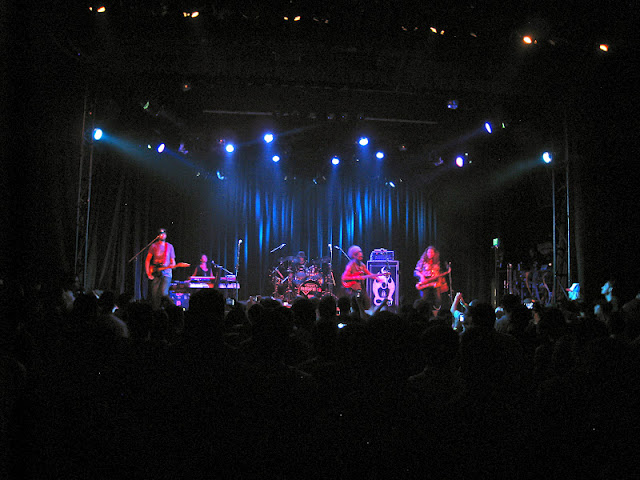 Even thinking back on it now, listening to the Easy Stars drown out the neighbor's salsa blasting, the stoke is right here. I'm so happy I got to see these super talented, uplifting ladies and gentlemen after all the musical joy they've given me over the years ... Go and you'll know exactly what I mean.