A little bit of Venice split for Tucson over Labor Day weekend, and it was a (furnace) blast! I jumped in the van with Matt Ellis and his band and headed out into the desert, bound for Tucson's Hoco Fest ("Arizona's Solar Music Festival") at the historic Hotel Congress.

A long drive (thoughtfully and deliciously catered by Matt's wife, Vavine) was full of laughs, and when we stepped out of the van finally in Tucson, all we wanted was to be full of cold beers. It is damn hot there. I don't know how the residents handle it. Crrrrazy hot. But super fun.

After finally rousing on Sunday, we did a little seeing of the sights, and then headed over to the Hotel Congress for sound-check. Non-band members were enlisted as "Roadies" and wrist-banded as such. What a beautiful old hotel the Congress is. Wow. Much of Tucson turned out for the Hoco Fest (which was a benefit for WaveLab Recording Studio's Craig Schumacher, who mixed Matt's - and many others' - album, and is dealing with the dread cancer), making it even hotter the closer packed in we all were. That is rock and roll, and we love it. 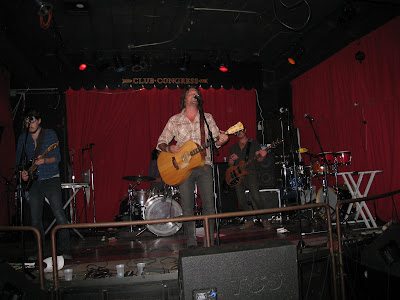 There were two show areas, an outdoor courtyard stage, and the indoor (A/C!) Club Congress, where the Matt Ellis Band (Josh Norton on guitar, Cecil Campanaro on bass, and Fernando Sanchez smacking the drums) hit the stage. Great sound, gorgeous room, superb music, every last note. Things were spaced out so that when Matt played, the outside people came in to enjoy his jams, and the place was packed as they sailed through their set. Births, Deaths, and Marriages is Matt's latest album, and the song of the same name is one of my favorites. Tuscon's too, by the sound of the room when it was done (It's hard to have favorites when they're all real good, but I somehow manage). "So Many Lied", "Heart Of Mine" and "Too Late To Call" all ruled. Nick Luca (Calexico, Iron and Wine) joined the guys on keys, awesomely. Then Matt brought up Jacob Valenzuela ("There's so much talent in Tucson!" - Matt Ellis) from Calexico to blast his trumpet along on "Trying To Believe" and "Don't Let Me Forget" and that was when it really felt like Tucson was in full effect. I love the trumpet, and Valenzuela's playing gave the extra zest that made the songs and every person in the room dance even more. 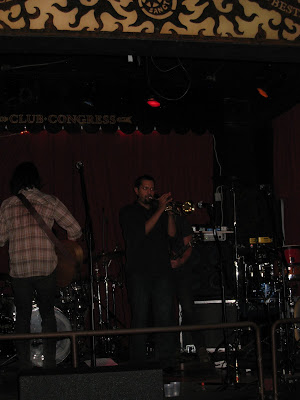 Matt brought up Vavine to sing on their duet, "River Too Wide" (video coming soon!) and glancing around at the crowd's faces, you could see them falling in love with Matt & V's love. They are very special together, both as singers and as people. Too soon, it was time for the last song, "The Weight". The whole place sang along with Matt & Vav (even me, who has never previously dug that tune, and told them so), and it felt like family in there. 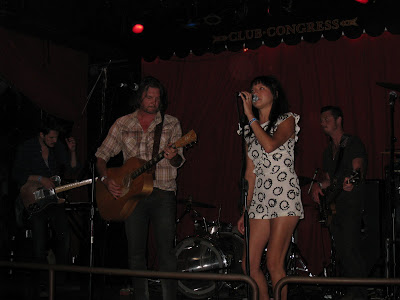 After sorting out the equipment and stuff (Roadies, remember), we immediately decamped for the bar, where it was whiskey time. I forget the name of the local one we drank ... and that explains it all. We watched great-every-time Calexico play on the outdoor stage, and it was grand. No notes or detail recall, as it was too hot + the aforementioned whiskey, but I know that I loved it. What I did not love was how long some bands take to take the stage (like you, Devotchka), when that should be flowing in a festival situation. We all really wanted to see them, but we weren't hanging out all night in the heat rain, good people. So I don't know how they were, but I hope whomever remained for them had a nice time. 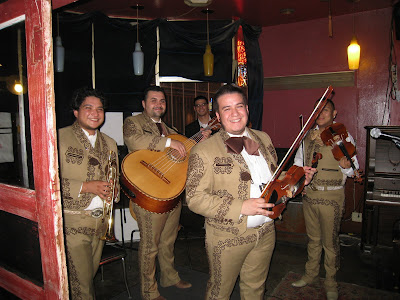 We did. Because we went all over Tucson, eating and drinking up a storm, (and being surprise serenaded by the most happy, cool Mariachis ever!) before collapsing into our individual trailers of fun. The next (late) morning, we hit up the most sublime tortilla purveyor ever, Anita's Tortillas, to grab piping hot tortillas and empanadas for the road. Amazing. We ate brunch at a dubious cafe called JerryBob's, and then set out to return to Venice. Bright murals, hummingbirds, darling people, and lots of music and drinking is my lasting impression of Tucson, other than the obvious superheat. A truly delightful get-away. The loooong drive back was even great, as we saw the real Calexico (town), desert dust and lightning storms, RAIN, which I'd almost forgotten about, and more funny things (like the dinner search - The Lazy Lizard in Ocotillo, CA? "No way" - Josh) happening along the way. And just before leaving Arizona, I finally got my read about and searched for Prickly Pear jam. A total success of a weekend! 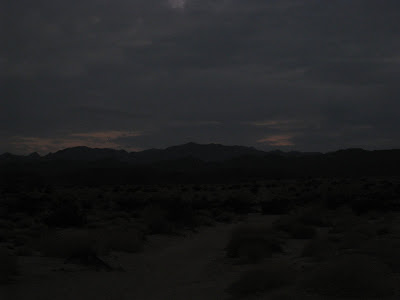 Gracias to Matt and Vavine Ellis for inviting me along on the gig! Gracias to Matt, V, Cecil, Josh, David, and Mei-Lai for being great fun to road trip with! Gracias to Brad, Dianna, Maxine, and Basil for being such gracious hosts! Gracias to Tucson for showing us all a great time! Loved it.
Posted by CJ Gronner at 6:25 PM