LA Louver - Art Amid The Madness

One of the biggest ever earthquake/tsunamis in Japan. Mom calling at 4 in the morning to tell me to evacuate Venice or be swept out to sea (all was fine). Dirty government (redundant, I know) screwing the people of Wisconsin. Libya blowing up. Revolutions popping up all over the place. What the heck is next?!

Who knows, so have a good time while you can, is my working m.o. of late. Perhaps take in some art, and appreciate all the beauty you can possibly squeeze into your life. A good start on that would be the wonderful show/s that opened last night at the LA Louver. It's great. 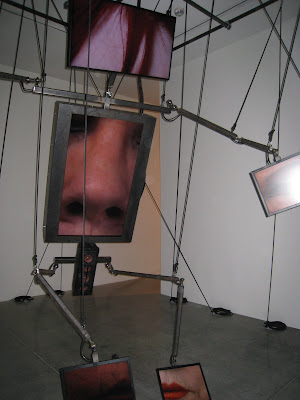 Downstairs you are greeted by the arresting pieces by Terry Allen, with his "Ghost Ship Rodez" and "The Momo Chronicles" works. 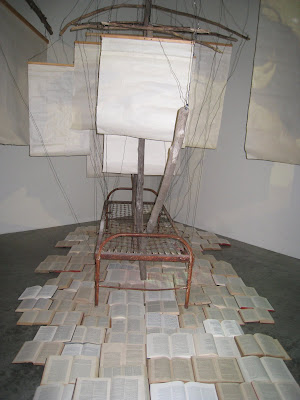 Video screens, books, regular framed works, all requiring far more time for me to absorb (had to be at a surprise party for Miss Stephanie, but I'll return, Louver, I promise!), as each piece just sucked me in until I had to tear myself away. 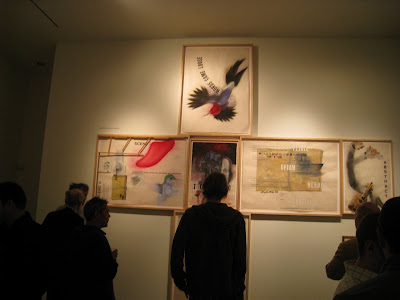 Upstairs, it felt like going to a stationary chick flick directed by someone cool for once. Rebecca Campbell's "Romancing The Apocalypse" show of oils on canvas is bright, beautiful, thought provoking, light and dark at once. Favorites were her spectacular Epidemic, 2011: 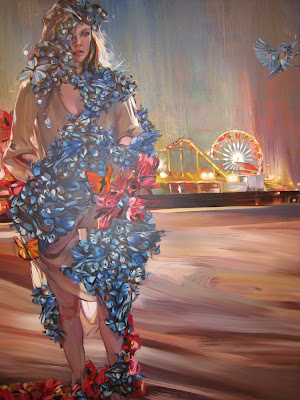 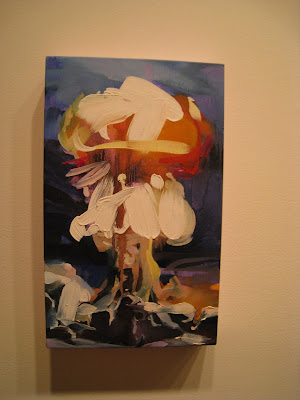 With that nuclear explosion series facing the loveliness of the rainbow series featuring Bow 1, 2010: 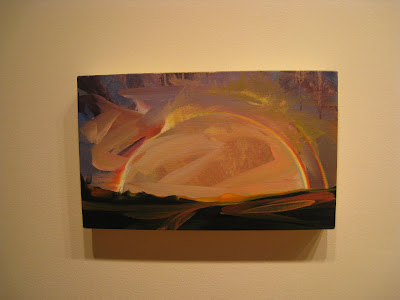 And her show's title piece, Romancing the Apocalypse, 2011 - featuring a fully dressed woman letting herself have a bath AND a cake ... as an end of days terror zone burns outside her window. Eek. Almost a bit TOO timely. And exactly what I'm talking about. 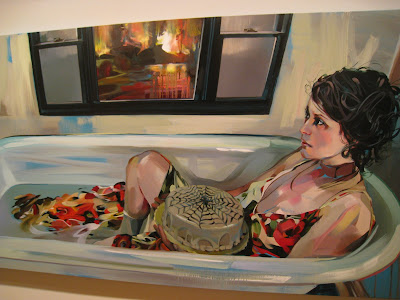 Loads of familiar Venice faces filled both levels, and though we had to dash in and out, it cemented the thought - even pre-tsunami possibility - that we are lucky, lucky people. People that recognize and celebrate beauty and intelligence on a daily basis ... People that GET to.

Go now, and find some for yourself. You won't have to go far.

Enjoy these shows from now until April 16th.