Happy 1st Birthday, Venice Skatepark! And Other Stuff I Missed While In Vegas ...

My, how time flies! The Venice Skatepark turned one this past weekend, with a contest for a birthday party ... and I missed it because I was in Las Vegas to celebrate my dear friend Christine's birthday (real one today - SHOUT OUT TO CHRISTINE KRSNIK!!!! HAPPY BIRTHDAY!!! ). I'm sure it was the greatest, in a day of celebrating the sweet success of the skatepark, and a year of hooting and hollering at giant airs and slick tricks. A whole year since the park opened ... and that story is here, if you want to remember it fondly. 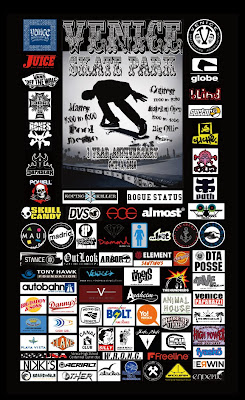 I also missed First Fridays. That one didn't bother me as much.

I also missed the removal of the sidewalk tables outside of Abbot's Habit, Abbot's Pizza, Casa Linda, and Nice Cream. I heard about first thing this Monday morning, however, even before I got my coffee. People are not at all happy about it, nor should they be. Those tables, especially the Abbot's Habit ones, are indeed that - a HABIT. There is a whole sidewalk culture there, and there has been for years and years. People have died, babies have been born. People have moved away, and returned to their same wooden seat, happy to be constantly moving their legs for dogs and strollers to pass by, as long as they get to greet their friends and watch the day move along for a bit, in the place that they most consider home. For people new to town, or just visiting, it's the perfect place to meet people, or people-watch the entire day and evening, and come to get a feel for this place. It's not a small deal. It feels naked and empty there without them.

My friend Billy wrote me this about it:

carol,talk to me about why they removed the tables,i can,t find out,"they remove the music,they fold up the sidewalk tradition,why don,t they just close the fucking world and be done with it---power currupts,"they sit up there in their ivory towers smoking cheap mexican boo and in their senseless way hullucinate yet more laws to pass,Lawmakers,hey ask us if we want the fucking law before you make it.

To which I say HELLYES. Rumor has it, and I just got back so I gotta investigate further, but I'm told that Food Truck folks had made a complaint about the tables taking up too much room on the sidewalk or something. PARDON ME?! The tables that have quite literally been second homes for longtime locals to congregate are taking up too much room for mobile food vendors to have their long lines form? Too damn bad, pardon me again. Again, that's just conjecture at this point, but if that's valid, all Abbot Kinney merchants and customers have not only a right, but a DUTY to be outraged. And do something about it.

Billy suggests naked poetry reading in protest. Where the tables once stood, at the corner of Abbot Kinney and California. Who's up for it? I'm not afraid.

Let's go get those tables back.
Posted by CJ Gronner at 7:30 PM