Art In Ice By MIA - A Winter Treasure Hunt

Minnesotans think of all kinds of cool stuff to keep being cool in the winter, and I've been really impressed by the creativity I've witnessed here since being back home to help out my family. No one lets winter slow things down much at all, and no one is afraid to be outside, as the old adage here goes, there is no bad weather, just bad clothing. So, I bundled up my Mom the other day and went all around Minneapolis to find Art In Ice, the ice sculptures of famous art works put on by the Minneapolis Institute of Art and the Minneapolis Park Board (site of my Mom's recent exhibition, Foot In The Door!) We decided to make a big circle around the city, and started with Longfellow Park, which featured Veiled Lady by Rafaello Monti done in ice. It was easy to find because there was a crowd gathered around the beauty, taking photos as it gently started to drip under the quickly warming conditions (Hurry if you go search for them! They're up til the 28th, but I don't think they'll last that long.). It was lovely, but we couldn't linger long if we wanted to find them all in the daylight. Off to Boom Island! 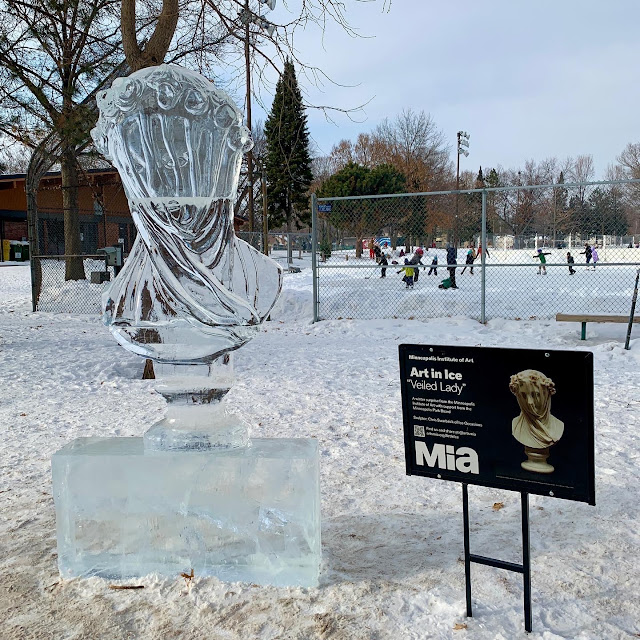 I'd never been to Boom Island Park there on the banks of the Mississippi in downtown Minneapolis. The skyline outlines the park, and it's a lovely little bit of peace in the middle of the city. A little crowd had gathered there too, around the Aphrodisiac Telephone by Salvador Dali. The original lobster phones (?) created by the Surrealist actually worked. I'd have liked to have been privy to the meetings where they decided which MIA works they were going to create out of frozen water ... and I like that they went with funkier, less obvious choices. Like a lobster telephone. 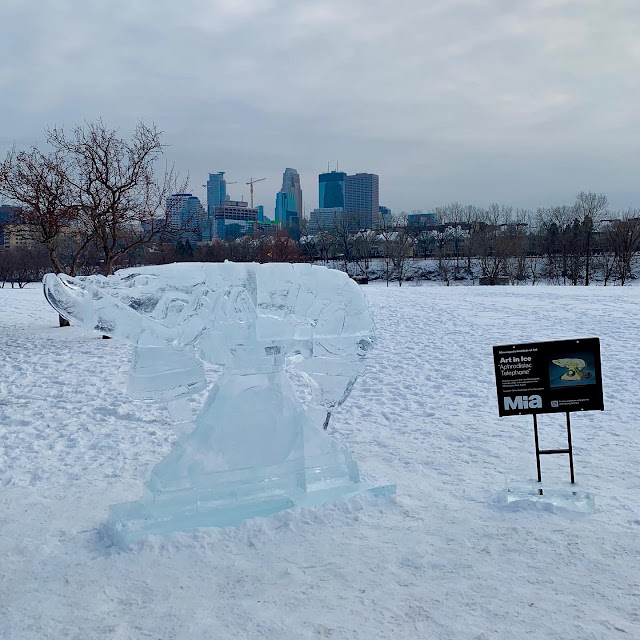 Our big circle took us next to North Commons Park in North Minneapolis, where the Celestial Horse was right there next to the parking lot - Mom didn't even have to get out to see it. The heavenly horse was done in bronze for a Chinese Emperor to be escorts to the afterlife. The ice version was so clear that I had to wait for people to get out of the way because you could see them perfectly through it. How do they get it so clear, I wonder? It was beautiful, and I believe it tied with the Veiled Lady for top in my heart. 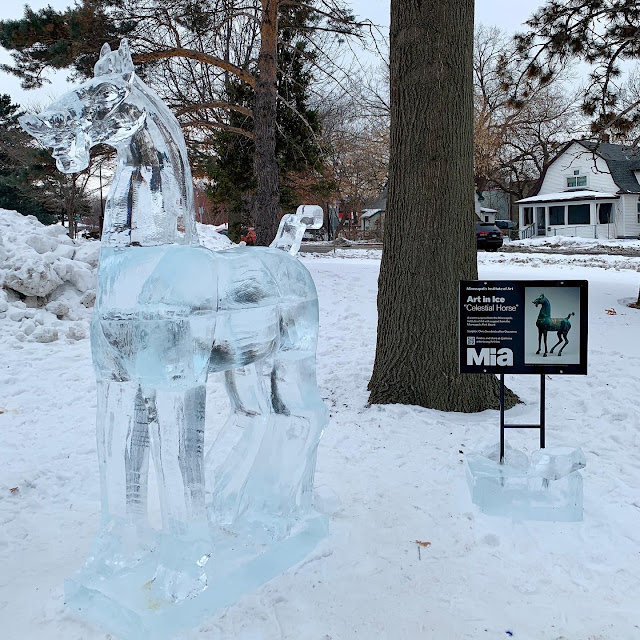 We were losing light, so raced on over to the park right across from MIA, the Washburn-Fair Oaks Park. There they featured Van Gogh's Olive Trees, but this time it was really just the picture in an ice frame. I suspect it is not the original. We spent the least time here, though were tempted to pop into the museum again. But our light was waning, so to Lake Bde Maka Ska we flew. 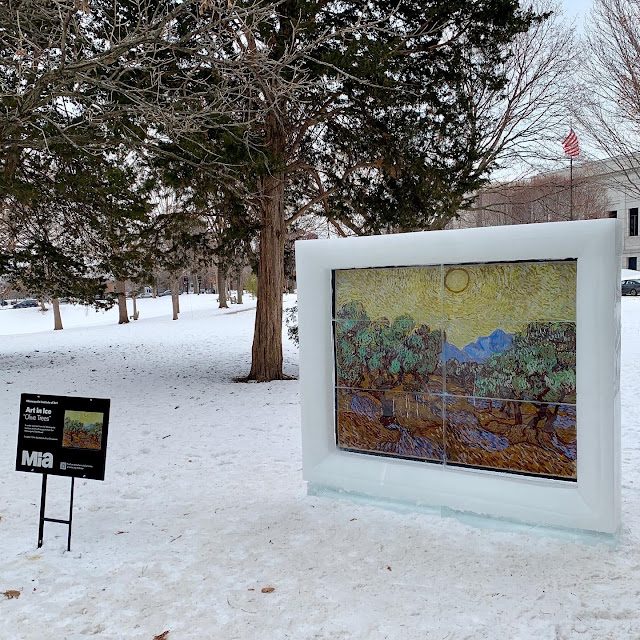 There were a lot of people gathered around Your Dog by Yoshitomo Nara there at the end of the lake where they have the rentals and things, and the brightly painted Adirondack chairs. Everyone loves dogs, and this one was probably the most popular among viewers ... so popular, in fact, that someone had broken off the dog's tail, and replaced it in the middle of its back like a strange growth. It was still cool, and we particularly enjoyed the dog's little red nose. 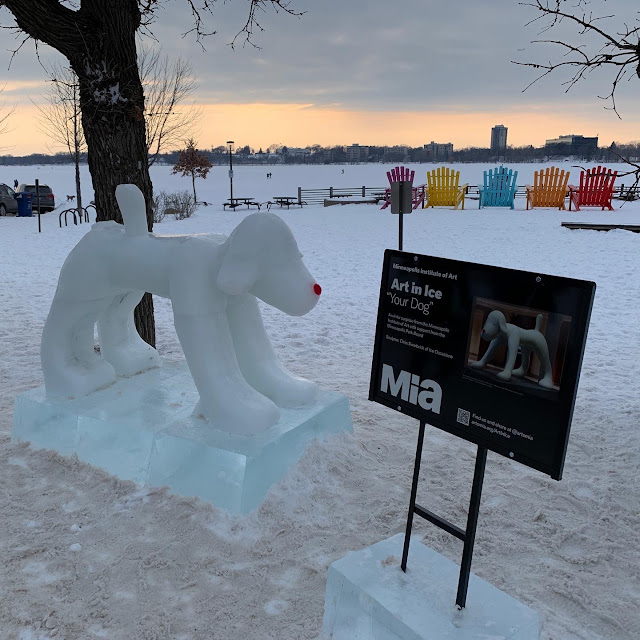 We did it! We saw them all in one afternoon, and greatly enjoyed being out of the house seeing art out there in our neighborhoods, and SO many people appreciating it. Minnesota - cold nose, warm heart. Thank you to MIA for another excellent curation of accessible art for the people of Minneapolis. We really enjoyed it, and very much look forward to seeing what you get up to next. You're cool.

{I hear the dripping of icicles off of our eaves right now as I type and the sun shines outside, telling me that you have increasingly less time to go see these ice sculptures as they were meant to be, and not puddles. Chop chop!}