I've enjoyed the comic book style interviews of local characters in Venice Stories featured in both The Free Venice Beachhead and The Argonaut in the past few years, so sat down with its author, Jason Hill, to hear more about him and them, since we both clearly love our Venice tales. 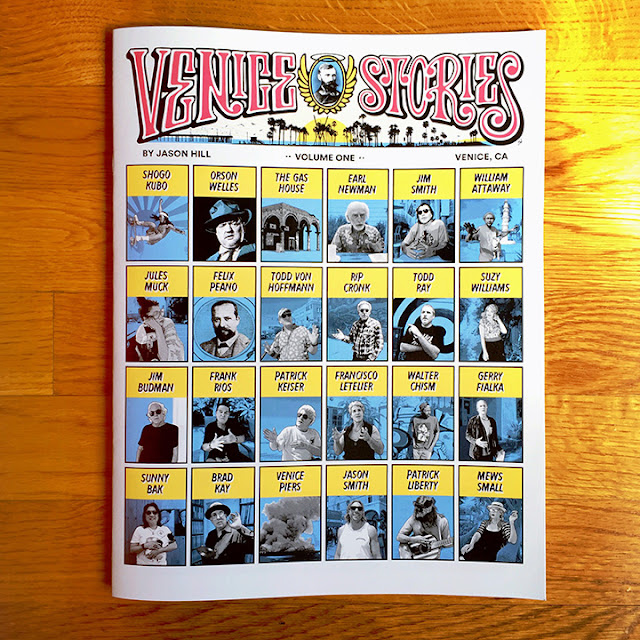 We met up at Abbot's Habit (now rumored to be closing in not December, but June) to be in one of the spots that has been a second home to so many Venice characters over the years. Hill told me that he's a native Californian, where he lived until he was 10, and then it was up to Oregon, where he attended college and started his career in graphic design. He worked with companies like Nike, and got into computer graphics up there too. He met his girlfriend, Cary Lopiccolo, up there as well, and the two of them decided to head to Phoenix for a scene. They were there for ten years, and there Hill got more into the fine art arena, having shows of his works of painted photographs. 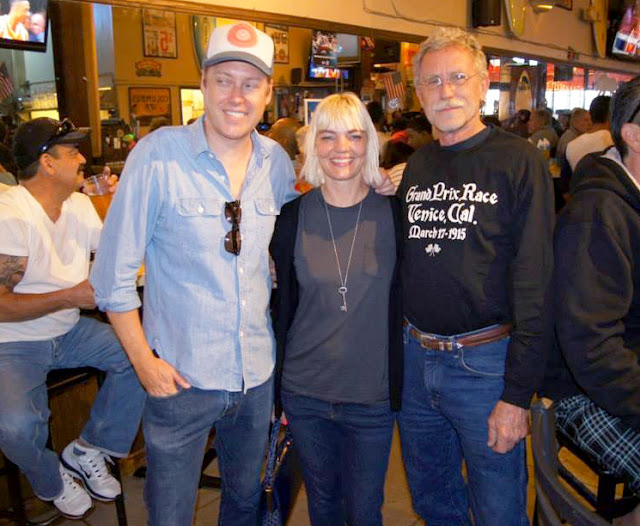 Phoenix got old and Hill and Lopiccolo were looking to get back to California, but somewhere with more of a small town feel. They thought Santa Monica, until they realized all the cool people (my editorial slant) were in Venice, as were the skaters and artists - and The Doors were here! - and the correct choice was made. They found a spot on Lincoln in 2012, and within a month of living here, considered it HOME, which they didn't expect, but were happy to feel. "People here tend to follow their dreams and reinvent themselves, and I was struck by how friendly and positive everyone is ... it's almost disarming. There's just a general optimism here." That is true, even though they got here kind of right in the midst of the big changes going on here and missed what we maybe consider the halcyon days of Venice, but still. The good vibes do persist. 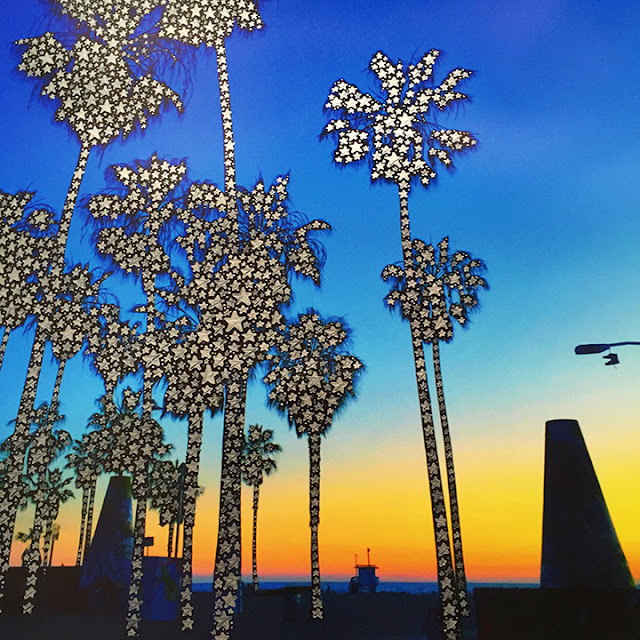 While getting his design business (Jason Hill Design) up and running in Venice, Hill had the idea to interview some of the locals he'd met and been impressed by, and do them up in a comic book look and submit it to the local paper, The Beachhead. His first one was about the paddle out for Venice skate legend Shogo Kubo, and Venice Stories was born. Then it was one about Touch Of Evil being shot here, then one about the Gas House beat meeting spot, then he started doing interviews of local legends with one on Earl Newman. Hill has now completed 25 stories, which are collected in his new anthology, Venice Stories, Volume One.

Hill self-published the collection, with the idea that there will be 4 volumes, for 100 stories. There are just a few copies left of this first edition printing, and they can be found at In Heroes We Trust, or on Hill's website. There was an opening party at Danny's Deli that I had to miss, but most of the copies were snatched up there, though there will be more printings, and more volumes to come! Plus there is a new edition of Venice Stories in each first Argonaut of the month. Venice is also showing up in Hill's recent fine art, all of which can also be seen at his website, as well as work with branding companies like Sweetfin Poké. Nice. 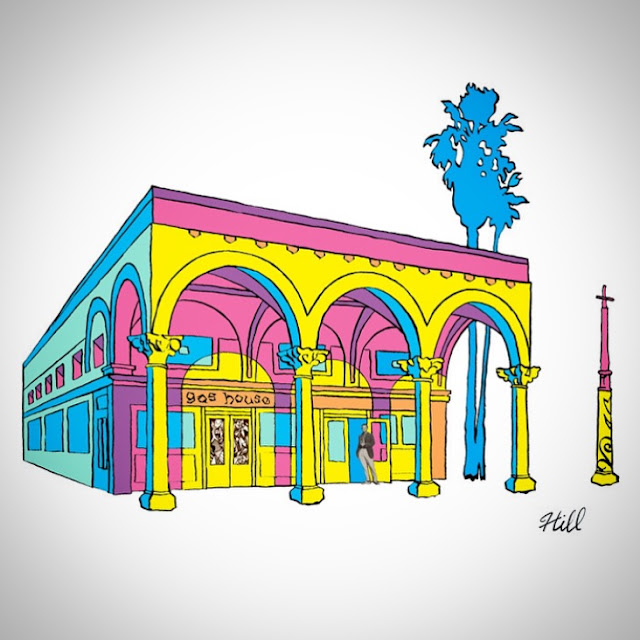 "I get so much from the people of Venice, and living here, that I wanted to give back and do something FOR Venice," explains Hill (echoing pretty much exactly how I feel). Hill and Lopiccolo (who also documents Venice with her photography that you can see on her Facebook page, Venice California Photos Then and Now) love all the things about Venice that we all do ... the beach, the Boardwalk, the skaters, the Beat history, the global focal point, the fashion (you do tend to see things here first), and how there's a little bit of everything in the world right here. They love getting coffee at Deus, getting burgers at Hinano's, listening to Brad Kay's speakeasy era music at a real speakeasy era bar at The Townhouse, and kicking it outside at the Venice Ale House, where you've probably all seen them. 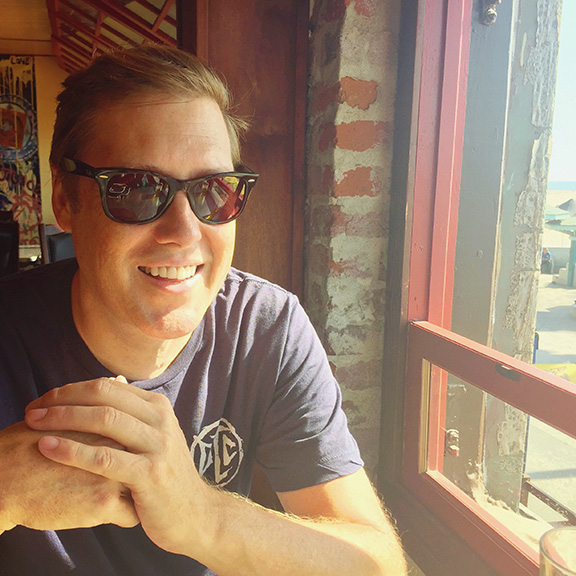 Hill has learned about Venice fast ... "You can't judge a book by its cover here. Someone could be a millionaire or homeless, but I think everyone is here for the beach town friendliness." Magical connections are made here every day, and you never know what may come from just starting up a conversation with a neighbor or passerby, and that's a hugely wonderful part of living here. Next time you see Jason Hill out and about, have a chat, and maybe you'll find yourself starring in one of his future Venice stories.

Hill's art will next be featured at the Venice Art Crawl mixer at The Lincoln on October 20th.