After a series of unusually summery January days here in Venice, the clouds returned yesterday, making it a perfect art gallery and reading afternoon. Coincidentally, the newly opened show at L & M Arts is Inter + Vista, new work by London based artist, Jonathan Wateridge ... and it's pretty cloudy too.

In his first exhibition in Los Angeles, Zambia-born Wateridge brings his realist/formalist paintings for us to view ... mostly through a foggy haze.

Once again, I had the galleries all to myself, which felt right as Wateridge's paintings feel a little like you're spying on the subjects ... much like the little kid in Boy On Wall (2012) seems to be doing himself. 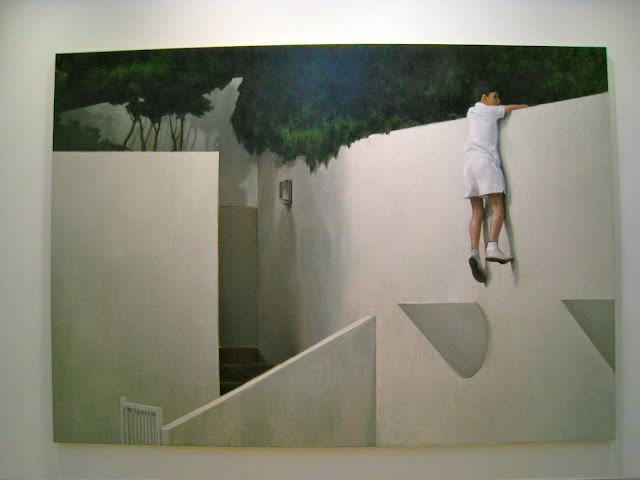 You almost feel like you're waiting for the elevator along with the woman in Lift II (2012) ... 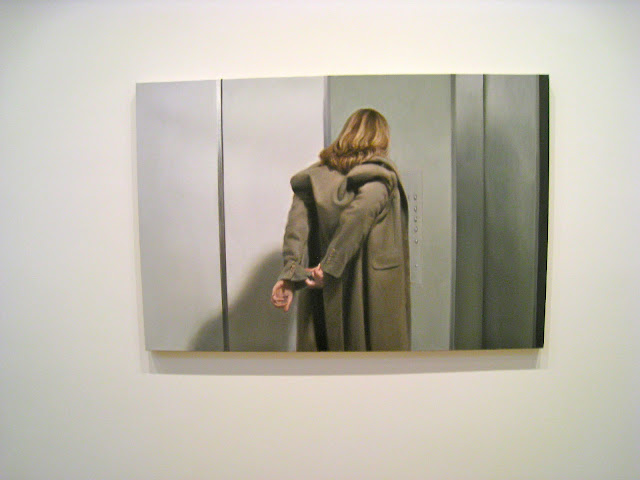 ... and the man next to her, with that strange, slightly uncomfortable elevator etiquette no one understands. 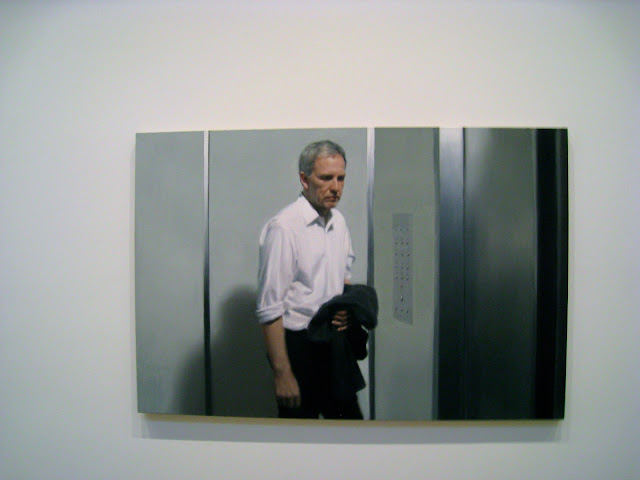 A simple sidewalk bordered by bright green grass was about the only vivid color used in the entire show, and was a welcome shot of brightness in the grey palette and in the day peeking in from outside. 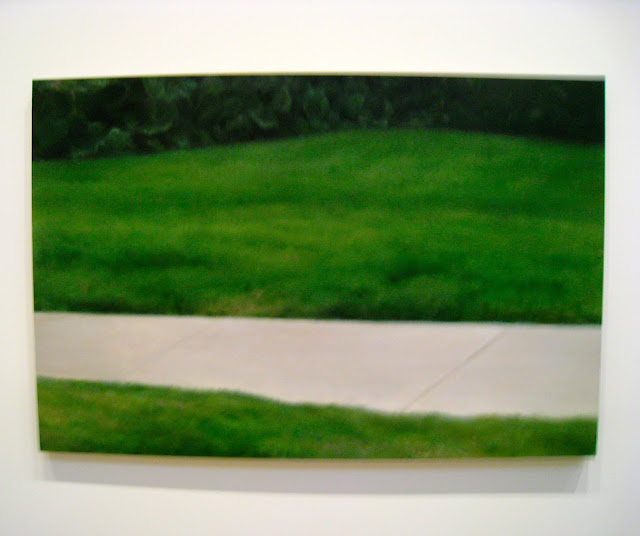 There is such attention to detail, and the people depicted look plainly real ... 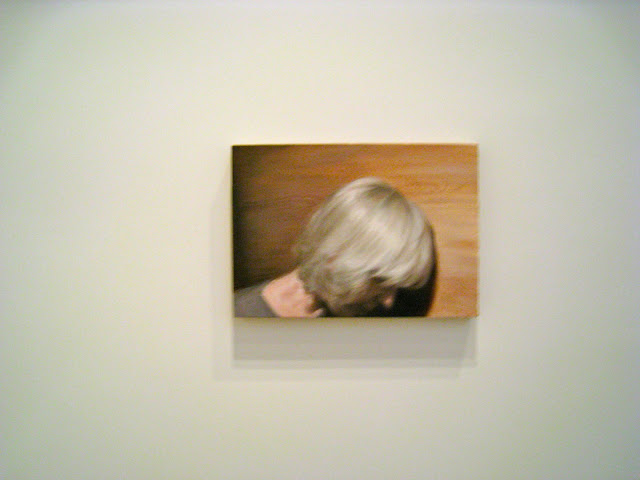 ... down to the shine on their hair and the wrinkles around their eyes. 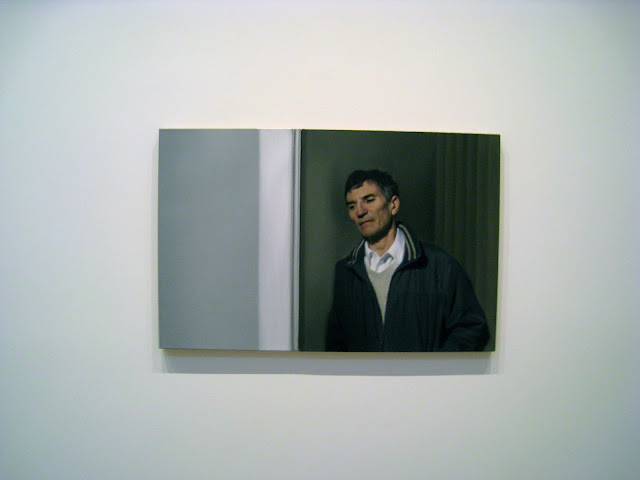 There is a glimpse of the people inside some doors in Glass Doors (2012) (Wateridge's titles are extra literal), but they are obscured by the glass, as the others are by mist. You find yourself wanting to know more about them as a result. 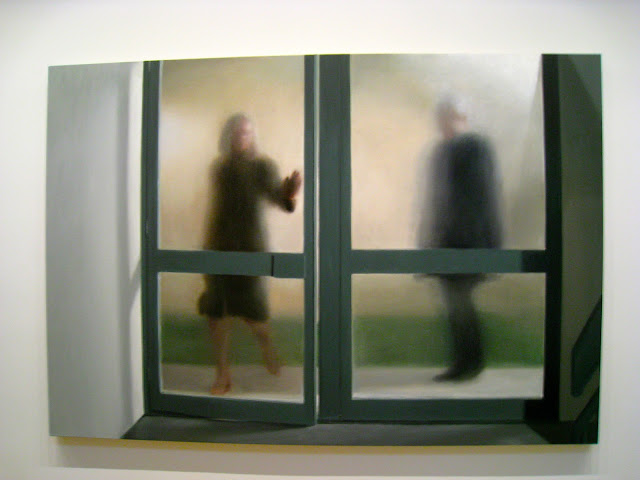 The artist explains in his press release: My hope is that by paring back context and gesture and by heightening the staged simplicity of the environments, narrative and meaning are actually opened up. These paintings cross reference each other both formally and narratively in richer ways than some of the more notionally connected images that I've previously made. So there you have it. 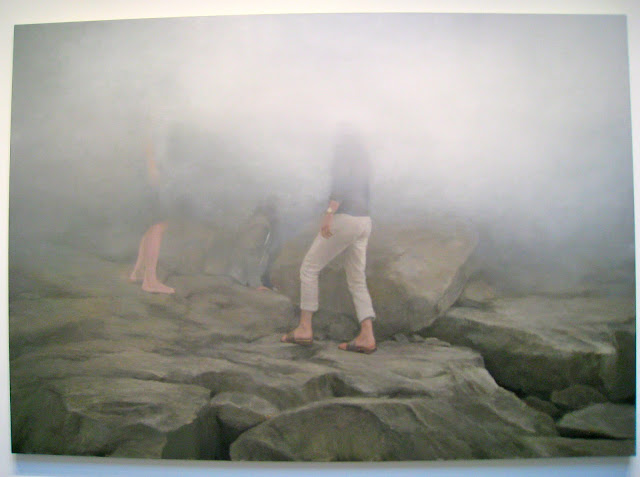 Having just come from my own walk on the beach, it was a fluid extension of my day to enter the East Gallery and feel like I just came from the same walk the ladies on the beach in Fog (2012) were enjoying. 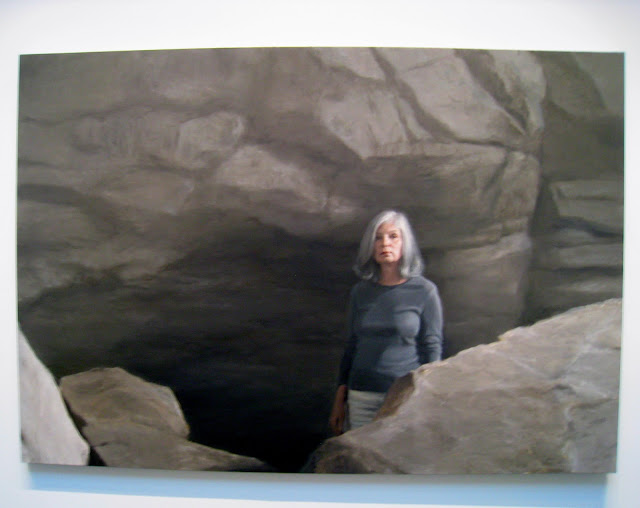 The salty air came inside with me, and the effect of the sky-lit room was altogether calming, and perfect for a day off to one's self. 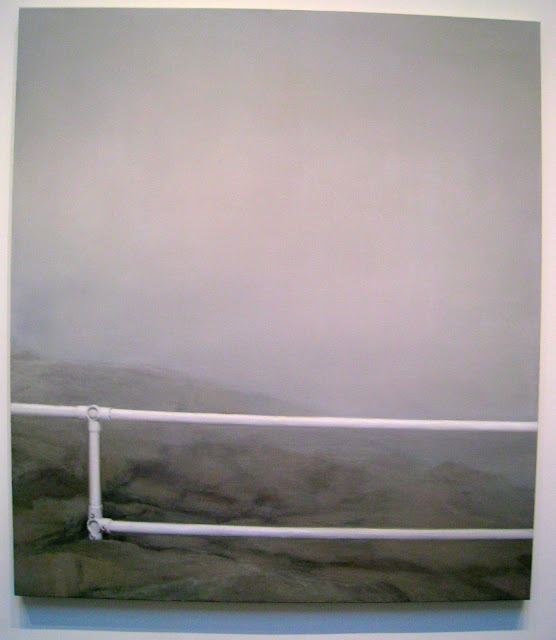 I can never say enough how grateful I am to have such a crucial venue for art a mere bike's pedal away. I hope the fact that I always have the place to myself when I visit L & M is just great timing on my part, and not that locals aren't getting over and experiencing this treasure for themselves. The crowded openings are always a good time, but I find that I value my solo time with the art even more. 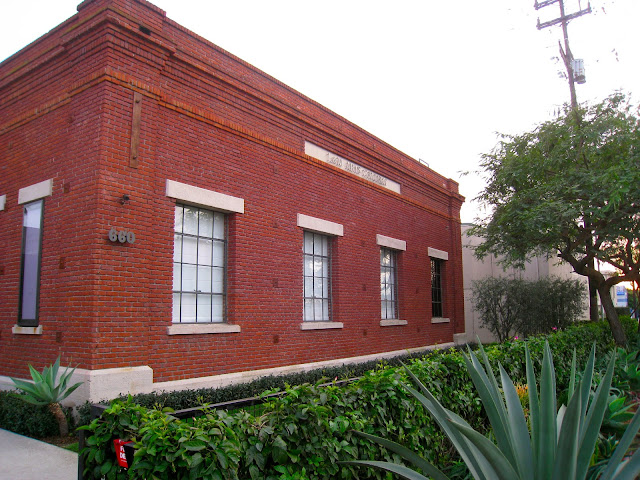 The sun was dappling through the dense clouds as I returned to the realism outside, and I found myself noticing the world's true colors a little bit more than before. Thanks, Art!