Hello there! I'm a little behind on stories as I had to move. Again. More on that later, but amid the boxes and unpacking and re-situating (a little closer to the beach) and all the junk you have to do when you move, I found that my soul needed sunshine and friends more than organization. Thankfully, Big Red Sun and The Golden State on Rose Avenue hosted a day of music and fun in the sun last Sunday, where a whole crew of my favorite Venetians were participating. 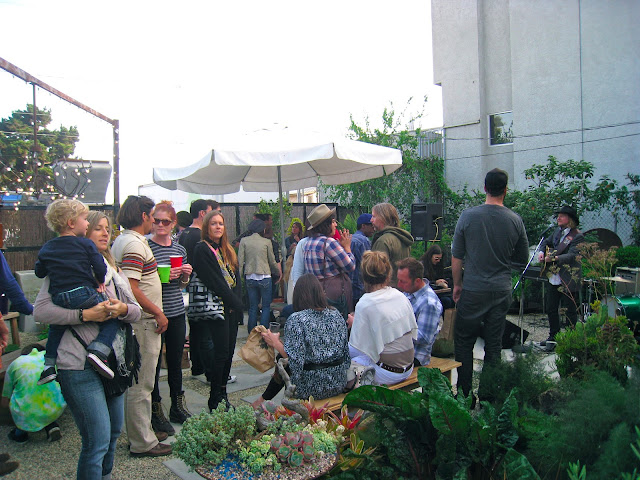 Cup Cups were being served by Miss Vavine, and "The Dave" made my day. Delicious. If you're thinking about hosting an event and want some delicious party food to offer your guests, get a hold of Vav. 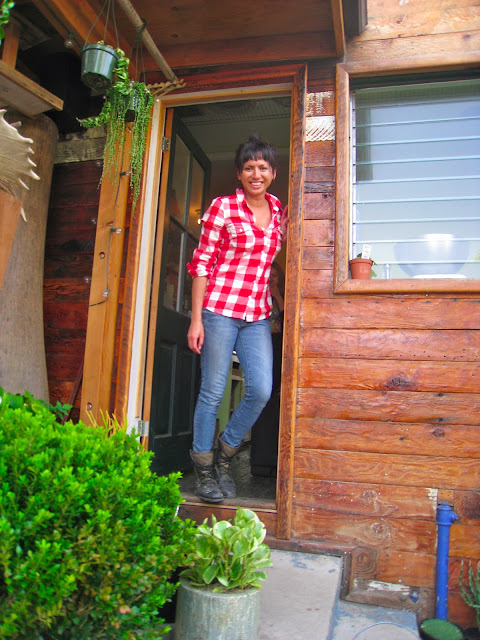 YUM. Miss Sophie was serving fresh roasted coffee alongside the Cup Cup cart, so I was all fed and set to get down to some of the best music in town. 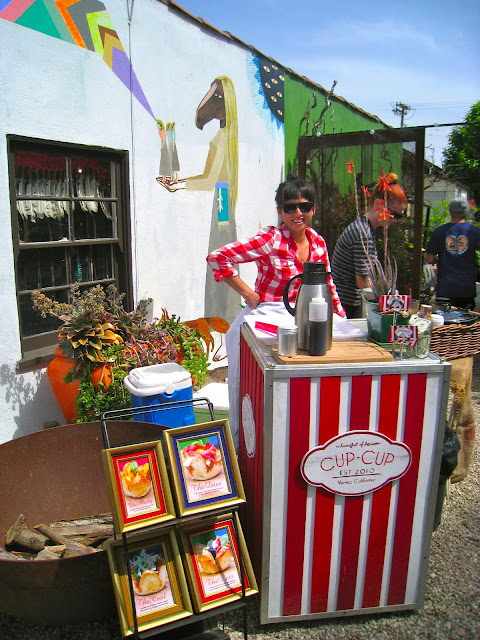 Lacey Cowden started off the tunes, and I STILL cannot get her "Shotgun Lovin'" out of my head. I love her. Her rich, soulful voice just kills me. Get out to see her as soon as the opportunity arises, because a guy riding his bike by on Rose almost hit a parked car when he did a double take to see where the gorgeous music was coming from. So good she's causing accidents ... excellent. 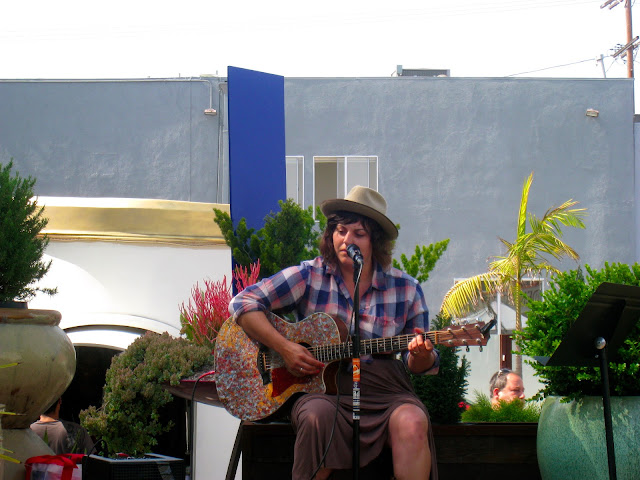 Scotty P. took over the mic next, and I had a wave of nostalgia wash over me from the days when we'd sit on that dude's roof and hear him making up some of these very songs. He even made one up as he went along, about organic vegetables and Big Red Sun. I was a little disappointed that he left his shirt on, but it's still a little early in Spring, hence chilly. But still. Love you, Scotty P! 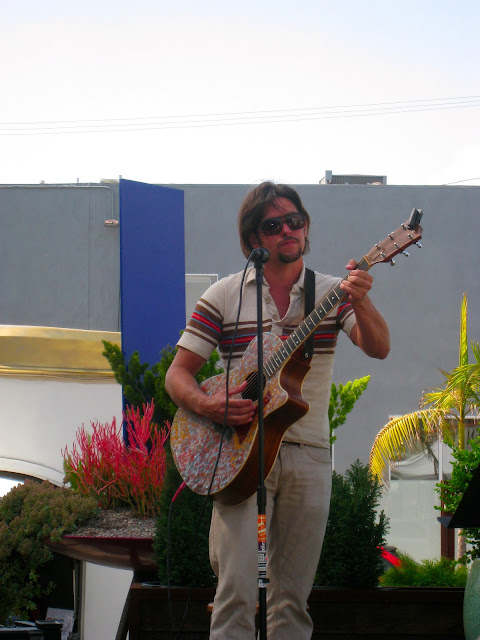 People came and went all day ... I stayed. People shopped, caught up, ate CupCups and BBQ from a cart parked in the street, and a taco truck pulled up in back as the party picked up. 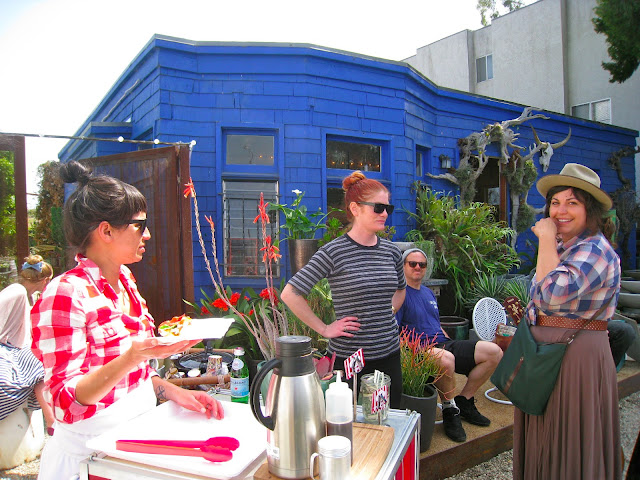 It was a family affair too, as kids played among the plants and maybe even picked some flowers. Mia. 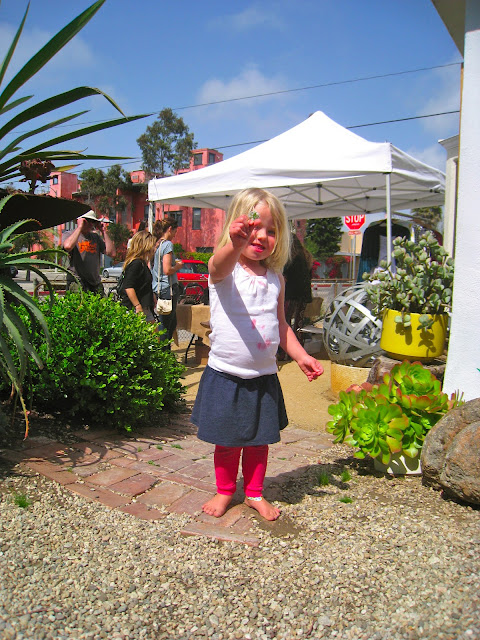 Paul Chesne rolled in with his band, and as usual, that's when it really got into the swing of things. He climbed up on the table and rocked the afternoon away. 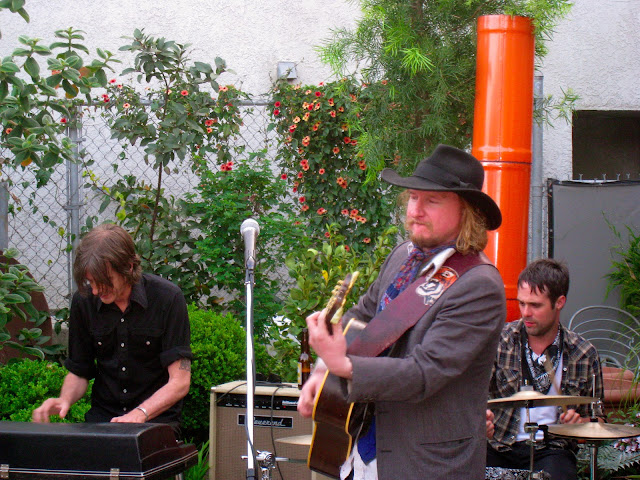 I sat on a gorgeous red rocking couch with my friends and held my face up to the sun, listening to my friends jam, feeling awfully lucky. The stress of the previous week was totally forgotten for the moment, and I was able to simply sit and be grateful. And told people so all day, I couldn't help it. 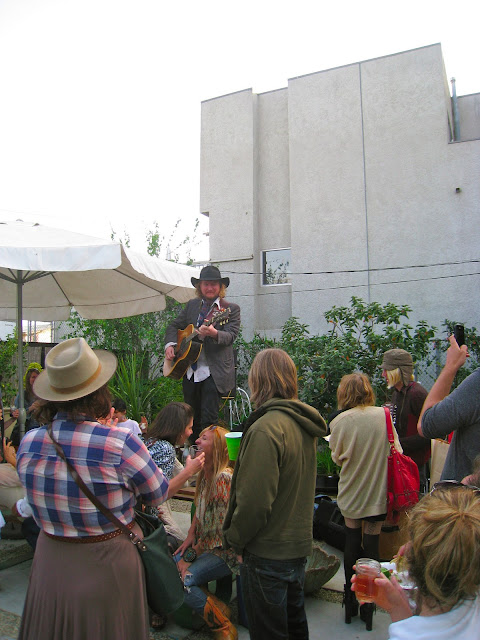 The fun didn't stop there, however, as then there was a party to celebrate the short film by Venice's Joey Indrieri, Heading Weast, at the home of its star, Venice's Patrick Wilkins. In fact, almost the entire production company was made up of people who call Venice home, and it shows.

You may now watch it here:  http://hypebeast.com/2013/4/garrett-leight-presents-heading-weast-a-short-film-by-joey-indrieri

Yes! So many talented people mixed together all day, some of whom I hadn't seen yet all year, so the day was just completely great. And exactly what I needed the most. 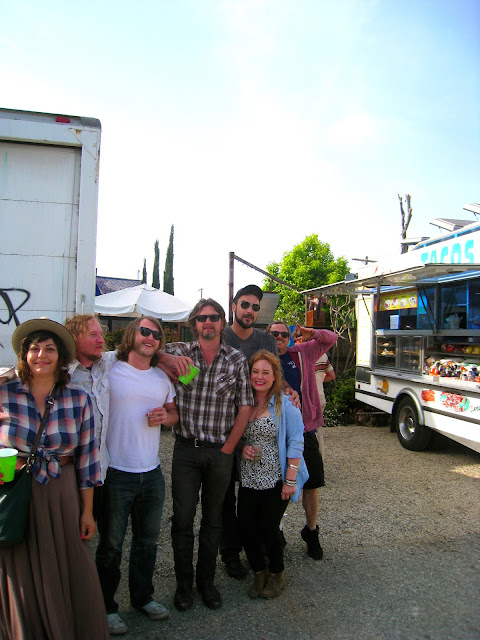 Thank you to everyone involved in a perfect Venice Sunday elixir. Bless each one of you.

*Rumor has it that Big Red Sun is going to be throwing more of these Sunday Fundays this Summer. Stay tuned!
Posted by CJ Gronner at 4:43 PM