April was one of the craziest months on record in my life, but it's the last day and all is well. Phew! I'm relocated to a way better pad in Venice, getting into the new groove of the new neighborhood, and taking a second to think about it all, and am more grateful than ever that I live in such a dope community (no pun intended). 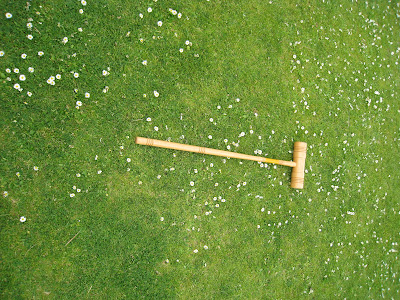 Amid all the hoopla and change, we did gather the troops for our annual Sponto Memorial Croquet Classic at the beach. A freezing cold wind and fog scene swept through, and demanded that I change my theme for the day to Punk Hawaiian, to be bundled up a bit. 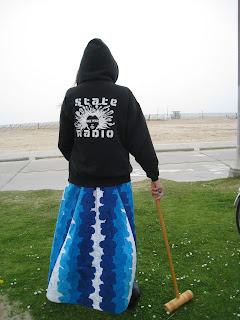 Though the fog and chill in the air definitely dampened the proceedings, that didn't come close to happening to our spirits. They were extremely high. 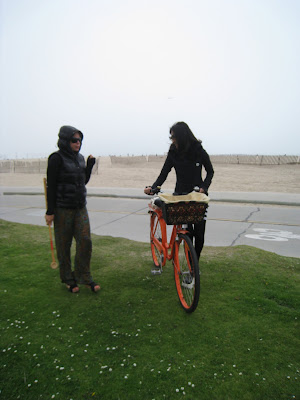 I got very laser focused on the actual game of croquet this year (mostly to keep warm), and it paid off in some very serious wicket domination - though I still never got to be the Stinger.

Tom Everhart had the most ferocious eye of the tiger, and killed nearly everyone. 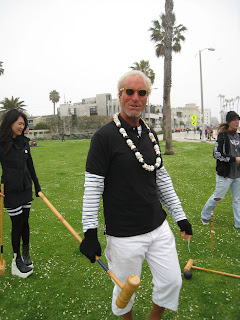 Angel brought her delicious and very special carrot cake, and we had high tea on a blanket in the fog. Bunny's tequila also helped combat the chill. 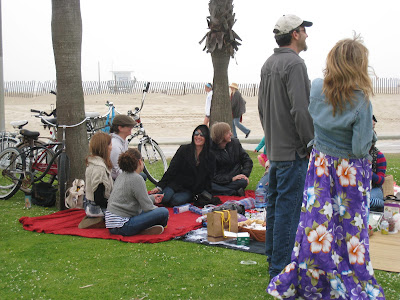 There were a few guests we'd never met before who lectured about the anti-yogi behavior of the $99 to get in Yoga Fest happening in a big tent on the sand right near us, and that we were in fact more truly yogis, because being a yogi is about sharing love, and that's obviously what we were up to. I liked that view point - far more than the metal balls he proceeded to bang together for the next 4 hours. 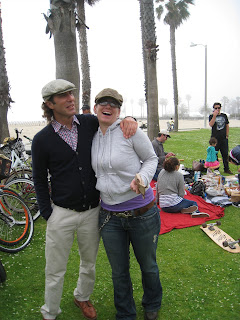 That view point is also what I can sum up the entire last bit of time to be for me ... People in Venice, sharing love. It makes everything else that happens so much better, when that's the place you start from.

So bring on May, and everything crazy that goes down in it, because it's all LIFE.