When I thought about how I'd like to spend my birthday this year, and how I'd like to do something nice for myself to celebrate, the first thing I thought of was a facial by Ashly Macall Smith. Amazing Skin By Ashly is no hyperbole - it's an exact description of how your face looks when she's done with you - Amazing! 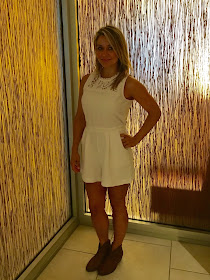 I've been haunted by Ashly's facials since 2010, when I had my last one by her at the Tree House in Venice. I can't believe it's been six years (!) but it was well worth the wait. It had been so long because the Tree House is sadly long gone from Abbot Kinney, so I wasn't sure where Ashly was working, and then I heard she moved to Nebraska. Then I recently heard she moved back, so when it was time to pamper myself for another hard-earned year well lived, I was tracking her down.

Ashly is now working out of the Equinox Spa in Santa Monica, so you pass by all the workout people and head upstairs to the 4th floor. Ashly was coming down the steps as I was going up and we had a happy reunion hug there, before she showed me to the steam room. I had a nice long steam, reflecting on my year, and getting myself all good and steamy ahead of my relaxation time. 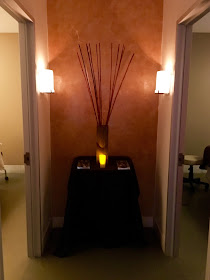 One of the best parts of a facial by Ashly is her soothing manner. Her gentle voice and touch accompanies each step of the process, and you're very aware of the TLC you're receiving. I always just let her be the judge of what my face needs, because she's a professional and she knows best. This time around she could tell that I've been at the beach probably too much, and that called for the works. I got the aromatherapy facial with some extra-great extras, like the Cranberry Brightening Mask (that felt like a cool jelly mask of chill), some microdermabrasion to get rid of the old sun damaged stuff, and then a wonderful finale of a Vitamin C serum by Skinceuticals that Ashly says is the very best product on the market. And that I really needed it. I was just thinking it smelled strangely like hot dogs, when Ashly said, "It kind of smells like hot dogs, or soy sauce." Which it does, but when everyone was remarking on how much I was glowing that evening - it was well worth it. 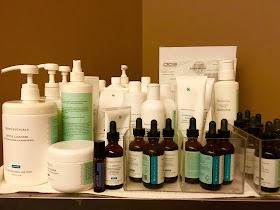 As were the extractions. That part of a facial is always a little brutal, and I always feel like I'm going to emerge like a man with bits of Kleenex all over his face from shaving nicks, but I don't. I always look a million times better than when I went in, and as Ashly says, it really is the  most important and main part of a facial. "It's all about the extractions ... Preparing for them and then closing them." Now I get it. They're not even that bad when someone as lovely and gentle as Ashly is performing them, and I even kind of dig it, in a slightly masochistic way. 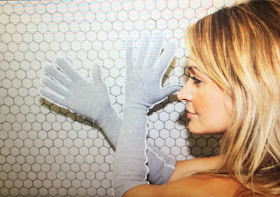 There is always some lovely massage to go along with it, and I found myself in almost a trance as Ashly rubbed my neck and arms while one of the magic potions on my face soaked in. We caught up on life a bit, and she told me that there is also a new venture in the works, called Washly! They're elbow-length washcloth gloves for washing your face at night. You know how the water always goes up your forearms and isn't that comfortable when you wash your face? Solved. Plus they're kind of hot and fancy - and made from recovered textiles (in California!) to boot! I can't wait to get a pair, and we'll all be able to on her website shortly. 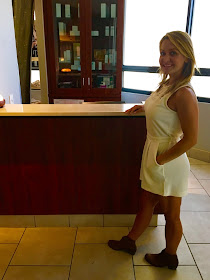 When Ashly was finished working her magic, I got up and looked in the mirror and was pretty sure I had time traveled. Ashley reversed the clocks of time on my birthday! I can't recommend her services enough, and am fully honest when I say multiple people told me that night that I was glowing, and I don't think it was just from the birthday buzz. Thank you, Ashly dear!

**You can see what I mean on any Tuesday-Friday, from 9 am to 9 pm. You can make your appointment with Ashly Macall Smith at #562-900-5416, and you too will understand why I was obsessed with getting back to her facial table since 2010. (Now we just need to work on getting her back in Venice!)


***Washly photo by Maurice Will Photography